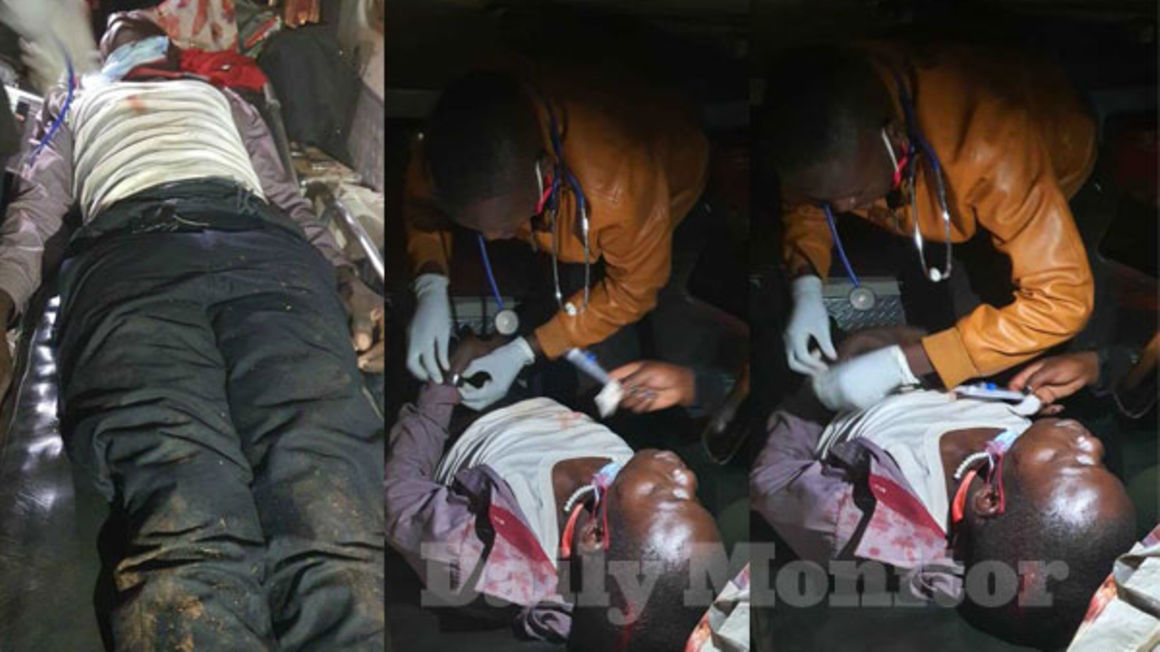 Four journalists were Friday evening left nursing injuries inflicted on them by police during a standoff with presidential candidate Robert Kyagulanyi alias Bobi Wine that lasted several hours after blocking him from accessing his campaign venue in Alebtong District. 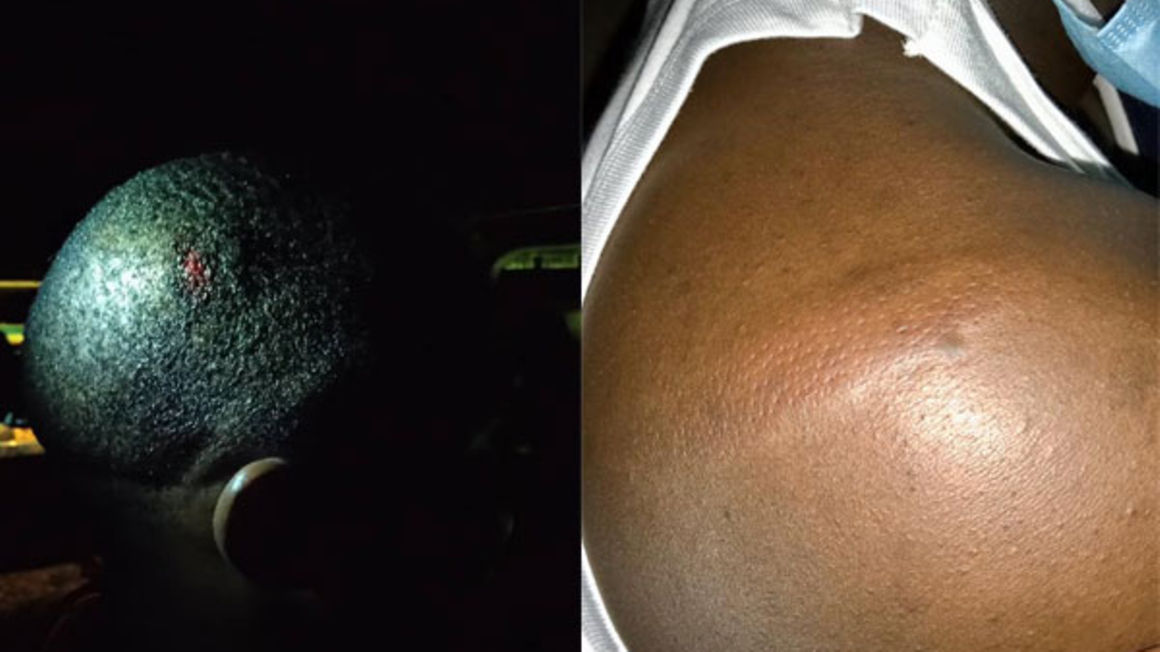 Journalists display injuries inflicted on them by police during a standoff with Bobi Wine on December 11, 2020

The journalists include, Mr Moses Waisswa of Busoga one FM who was fighting for his life by the time of filing this story, Mr Batte Ssesanga of BBS Terefayina,  Mr John Cliff Wamala of NTV and Mr David Tamale of Bukede TV.

Some of the journalists were rushed to hospital in critical condition but police did not explain why the journalists had been targeted in the standoff that lasted more than seven hours with the National Unity Platform (NUP) presidential candidate who was blocked from accessing the northern Uganda district. 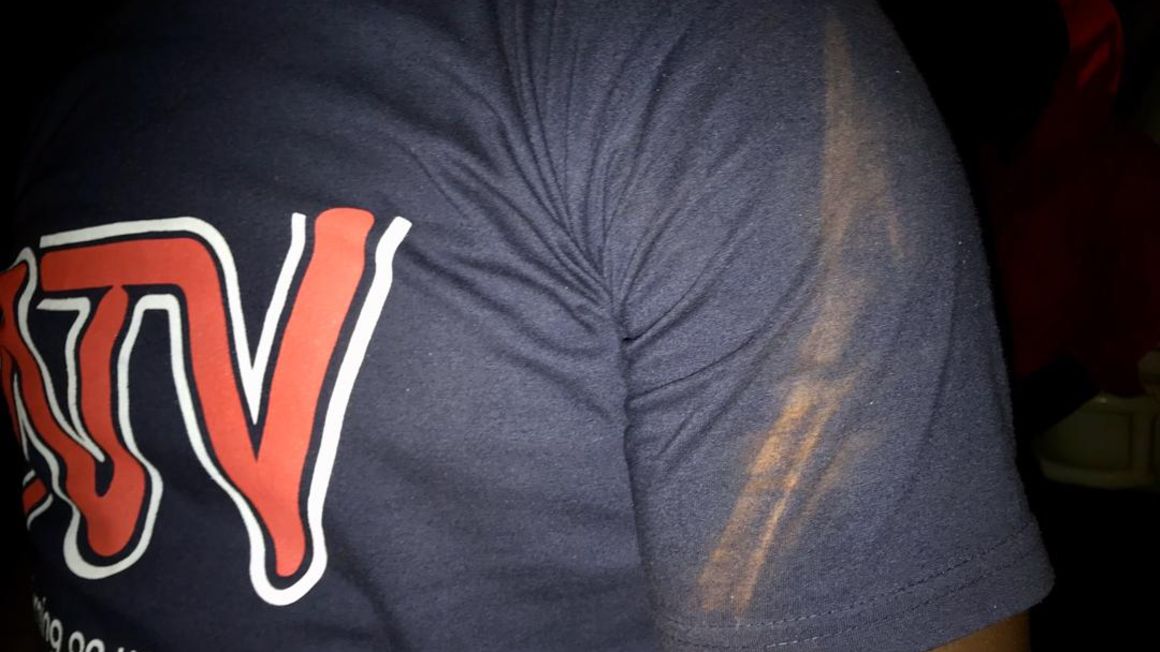 “We were working and showed them all our identification cards and documents but then they continued beating us as we tried to record events during the standoff. We need police to understand that we are doing our work just as much as they are doing theirs,” Mr Wamala told this reporter.

The development comes just days after, Mr David Lubowa, another journalist on the Kyadondo East MP campaign trail sustained an injury from a teargas canister hurled at him by a police officer as they dispersed Bobi Wine supporters in Jinja district on December 6, 2020.