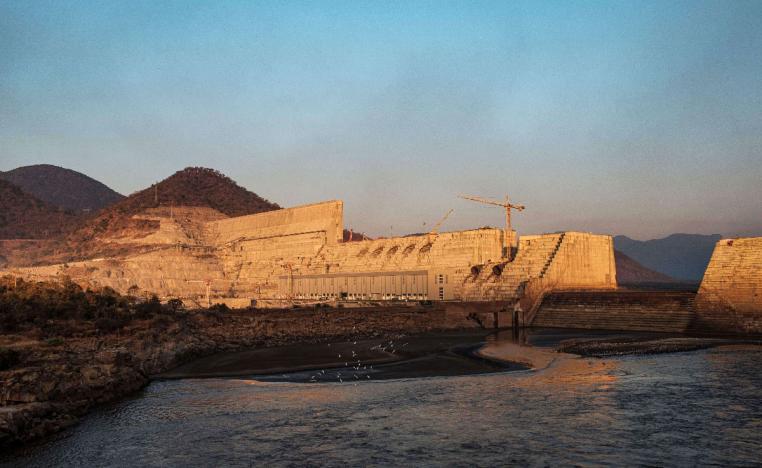 A general view of the Grand Ethiopian Renaissance Dam near Guba in Ethiopia, on Dec. 26, 2019. EDUARDO SOTERAS/AFP via Getty Images

Some U.S. officials fear the move will harm Washington’s relationship with Addis Ababa.

Secretary of State Mike Pompeo has approved a plan to halt U.S. foreign assistance to Ethiopia as the Trump administration attempts to mediate a dispute with Egypt and Sudan over the East African country’s construction of a massive dam on the Nile River.

The decision, made this week, could affect up to nearly $130 million in U.S. foreign assistance to Ethiopia and fuel new tensions in the relationship between Washington and Addis Ababa as it carries out plans to fill the dam, according to U.S. officials and congressional aides familiar with the matter. Officials cautioned that the details of the cuts are not yet set in stone and the finalized number could amount to less than $130 million.

Programs that are on the chopping block include security assistance, counterterrorism and military education and training, anti-human trafficking programs, and broader development assistance funding, officials and congressional aides said. The cuts would not impact U.S. funding for emergency humanitarian relief, food assistance, or health programs aimed at addressing COVID-19 and HIV/AIDS, officials said.

The move is meant to address the standoff between Ethiopia and other countries that rely on the Nile River downstream that have opposed the construction of the massive dam project, called the Grand Ethiopian Renaissance Dam. Egypt sees the dam’s construction as a core security issue given the country’s heavy reliance on the river for fresh water and agriculture, and in the past Egyptian President Abdel Fattah al-Sisi has hinted his country could use military force to halt the dam’s construction.

Some Ethiopian officials have said they believe the Trump administration is taking Egypt’s side in the dispute. President Donald Trump has shown a fondness for Sisi, reportedly calling him his “favorite dictator” during a G-7 summit last year. Officials familiar with negotiations said the Trump administration has not approved parallel cuts in foreign assistance to Egypt.

Administration officials have repeatedly assured all sides that Washington is an impartial mediator in the negotiations, which mark one of the few diplomatic initiatives in Africa that the president has played a personal and active role in. These officials pointed out that Egypt has accused the United States of taking Ethiopia’s side in the dispute as well.

“There’s still progress being made, we still see a viable path forward here,” said one U.S. official. “The U.S. role is to do everything it can to help facilitate an agreement between the three countries that balance their interests. At the end of the day it has to be an agreement that works for these three countries.”

But the move is likely to face sharp pushback on Capitol Hill, according to Congressional aides familiar with the matter. State Department officials briefed Congressional staff on the decision on Thursday, the aides said, and during the briefing insisted that the U.S.-Ethiopia relationship would remain strong despite a cutback in aid because the United States can have tough conversations “with friends.”

“This is a really fucking illogical way to show a ‘friend’ you really care,” one Congressional aide told Foreign Policy in response.