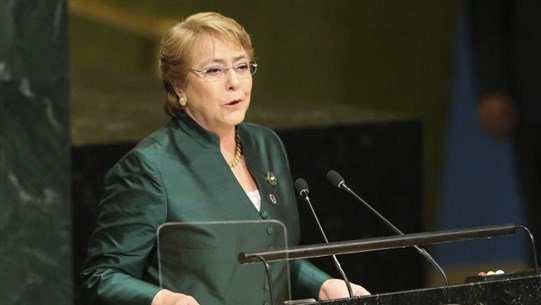 The United Nations human rights chief Michelle Bachelet said on Thursday that Israel’s deadly strikes on Gaza may constitute war crimes if they are shown to be disproportionate.

Bachelet, opening a special session of the U.N. Human Rights Council, called at the request of Muslim states, said she had seen no evidence that civilian buildings in Gaza hit by Israeli strikes were being used by for military purposes.

“If found disproportionate, such attacks might constitute war crimes,” she told the 47-member Geneva forum. She also urged Hamas Islamist rulers in Gaza to refrain from firing indiscriminate rockets on Israel.

UAE building mysterious air base on a volcano Island near Yemen