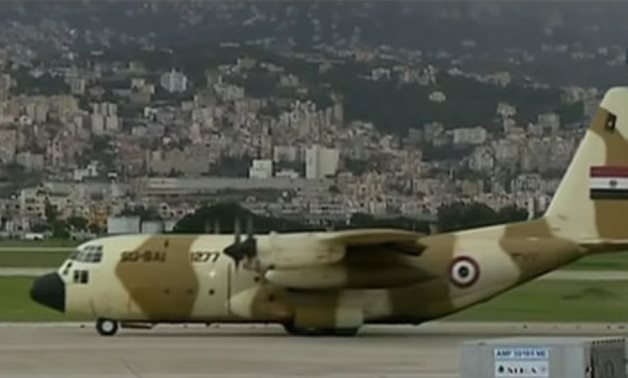 Libyan army says weapons were hidden within batch of medicines

According to a statement by Abdelhadi Drah, spokesperson for the Libyan army’s Sirte-Jufra Operations Room, the weapons were hidden within a batch of medicines.

Drah said: “Two of the Egyptian C-130 aircraft landed in the Sabha Airport under the pretext of bringing medicines but brought weapons and ammunition.”

He added that the batch contained a small number of medicines, while most of the shipment comprised weapons.

Early on Tuesday, the Libyan Health Ministry of the national unity government announced in a statement the arrival of two shipments of medicines to Libya via Sabha International Airport.

The pro-Haftar Al Hadath TV reported on Tuesday that a shipment of medicines arrived in Sabha through coordination between Haftar and Egyptian President Adel-Fattah al-Sisi.

Libya has been torn by civil war since the ouster of late ruler Muammar Gaddafi in 2011.

The war was exacerbated when Haftar, supported by several countries, including the United Arab Emirates, Egypt, Russia, and France, conducted a military onslaught to topple the Tripoli-based internationally recognized government for control over the country.

On Oct. 23, 2020, a cease-fire was reached under the auspices of the UN, which Haftar’s militia has since violated from time to time.

On Feb. 5, Libya’s rival political groups agreed during UN-mediated talks in Geneva to form an interim government to lead the country to elections this December. Libyan delegates elected Mohammad Menfi to head a three-member Presidential Council and Abdul Hamid Dbeibeh as the new prime minister.