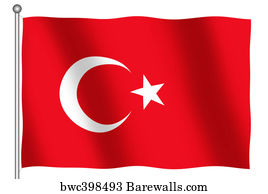 Turkish troops and Ankara-backed militias are currently active in three Arab countries: Libya, Syria and Iraq. This is a geopolitical reality that the Arab world, as well as the international community, must acknowledge and react to. In fact, Turkey’s territorial, political and economic ambitions in these countries and beyond have been advertised by Turkish leaders, including President Recep Tayyip Erdogan. Turkey also has military bases in Qatar, Libya, Somalia, Cyprus, Syria and Iraq — not all with the consent of legitimate governments.

Turkey’s involvement in Libya is the latest implementation of a policy to redefine Ankara’s regional role, as envisioned by Erdogan. Turkish Defense Minister Hulusi Akar and Chief of General Staff Yasar Guler last week paid a visit to Tripoli and held talks with political and military leaders of the UN-backed Government of National Accord (GNA).

According to reports, Turkey and the GNA signed an undisclosed joint military and security agreement that seeks to legitimize and deepen Ankara’s military presence in western Libya. But it was Akar’s statements during his visit that raised eyebrows. “I want you to know that we are with you today and tomorrow, and will do whatever it requires for our Libyan brothers under the instructions of our president,” he was quoted as saying. He added that Turkey has a 500-year-old common history with the region and will stay here forever. Moreover, he added that there will never be a solution in the region that excludes Turkey.

Earlier this year, Erdogan and the head of the GNA, Fayez Al-Sarraj, signed a maritime demarcation agreement that was rejected by both Greece and Egypt. It was the latest attempt by Turkey to extend its maritime boundaries in the gas-rich Eastern Mediterranean. Turkish companies now have the right to drill for gas and oil off Libyan shores and in disputed waters close to Egypt, Greece and Cyprus.

Turkey reportedly airlifted close to 15,000 Syrian mercenaries to western Libya to help thwart a major attack by the Libyan National Army (LNA) headed by Field Marshall Khalifa Haftar. In May, Turkish-backed GNA militias were able to push back Haftar’s forces and capture the strategic Al-Watiya airbase. But the GNA’s forces were stopped on the outskirts of Sirte, the gateway to the oil crescent that is still under Haftar’s control.

In response, Egyptian President Abdel Fattah El-Sisi warned that Sirte and Al-Jufra military base constitute a red line for Egypt and hinted that his forces were ready to step in. Haftar is backed by Egypt, the UAE, Russia and France. Russia has mercenaries of its own in eastern Libya and is said to have dispatched warplanes to Al-Jufra. On Sunday, there were reports that Al-Watiya was struck by unknown aircraft and Ankara admitted that some of its air defense systems were destroyed. The LNA claimed responsibility.

While tensions escalate on the ground, a war of words has been ongoing between Ankara and Paris over their respective roles in Libya. Last week, French President Emmanuel Macron labeled Turkey’s intervention “criminal,” while attacking Russian President Vladimir Putin for backing Russian mercenaries in the east.

Macron’s frustration with Turkey has cast a dark shadow over NATO, which he last year described as “brain dead” for failing to rein in Ankara’s territorial ambitions and for the lack of US leadership. The French-Turkish spat came close to a confrontation last month, when Paris accused a Turkish warship of harassing a French frigate in the Mediterranean.

The nine-year-old Libyan civil war broke out when NATO intervened militarily to support a popular uprising against the rule of Muammar Qaddafi, who was later killed by rebels. Since then, tribes have been fighting each other for control of one of Africa’s richest countries in terms of oil reserves. As a result, Haftar was able to capture most of eastern Libya, while the unelected GNA controlled the west. An elected legislative assembly in Tobruk, headed by Aguila Saleh, refused to recognize the GNA.

With the internationalization of the Libyan conflict, an impasse has been reached; one that could last for a long time.

With the UN failing to implement previous agreements and understandings — the last of which was reached in Berlin in January — it became clear that both sides believed that a military option was the only way forward. But now, with the internationalization of the conflict, an impasse has been reached; one that could last for a long time. This has given Turkey the opportunity to implement its own agenda, which has nothing to do with ending the conflict and reuniting the country.

Whether in Libya, Syria or Iraq, Turkey’s military adventures have exposed the fragility of a polarized Arab region. The same can be said of Iran, which is also seeking to extend its influence across the Arab world. It is disturbing that Arab countries have taken sides rather than work together to stop foreign intervention in their internal affairs. It is feared that this violation of Arab countries will lead to further fractures in intra-Arab ties, paving the way for long-term foreign domination.

Disclaimer: Views expressed in this section are of those of the author and do not necessarilyWarsan magazine’s point-of-view
previous post