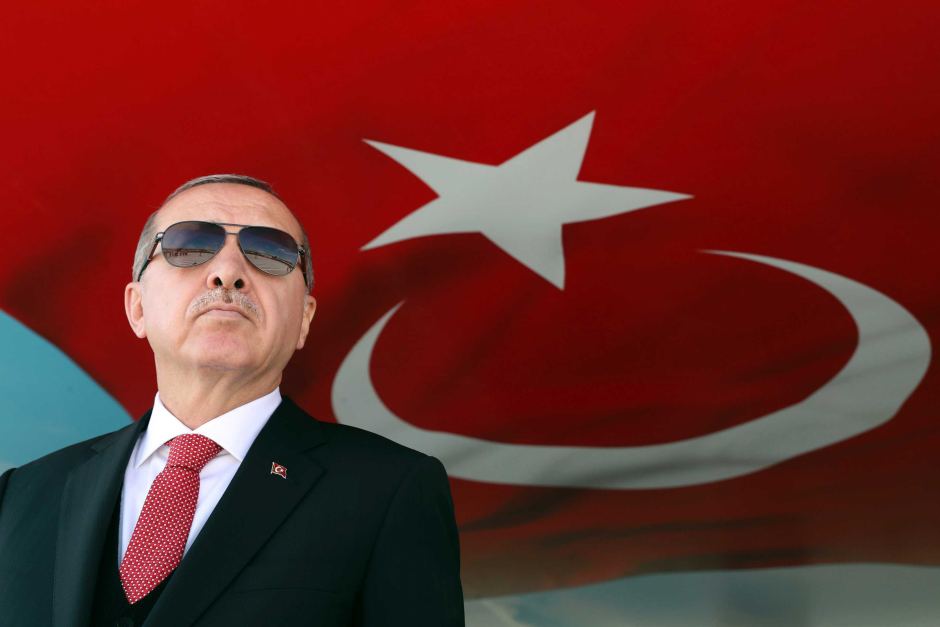 In a historic irony, the “sick man of Europe” seems to have made a comeback. Driven by his neo-Ottoman ambitions, Turkish President Recep Tayyip Erdogan continues to sow instability and sour relations throughout the wider Mediterranean in a bid to crown himself as the new leader of the Sunni world.

Here are but some symptoms of this ever-growing menace.

The European Union has now threatened Turkey with sanctions should it continue its aggressive stance vis-à-vis Cyprus and fellow NATO member Greece.

Egypt and Saudi Arabia have been at the forefront of coalescing Arab nations to hit Ankara’s pocket by boycotting Turkish products for its destructive interference in Syria, Iraq and Libya.

The world is still shocked by Turkey’s highly controversial decision to convert Hagia Sophia into a mosque.

As if the relations with Israel were not tense enough, Erdogan went on to proclaim that “Jerusalem is our [Turkey’s] city.”

France and Russia have called out Turkey’s transfer of mercenary terrorists from Syria to Azerbaijan to fight against the Armenians.

Add to this the United Nations’ disturbing report of Ankara’s disastrous involvement in Syria where Turkey-backed radicals have committed war crimes unfathomable to the civilized world. Rape, ethnic cleansing, and destruction of civilian settlements have been the results of Turkey’s wholehearted support of the extremist forces.

The list goes on and only keeps growing, showcasing how Ankara went from its declared “zero problems with neighbors” policy to being the biggest problem for them all.

Erdogan’s heavy hand has been calamitous domestically too with arrest warrants issued for opposition activists and politicians alike.

Since taking office in 2002, Erdogan has systematically radicalized the country by igniting neo-fascist attitudes toward national minorities and eliminating anything that would resemble a free society. The excruciating number of jailed journalists, the destruction of churches and synagogues, and the violence against ethnic groups clearly speak for themselves.

The specter of neo-Ottomanism has long become the modus operandi of Ankara’s ruling elite similarly. The self-proclaimed “one nation, two states” of Turkey and its proxy Azerbaijan is an excuse to further extend Ankara’s influence into the Caucasus, even if that means encouraging Baku to start a regional war and gain a reputation of a terrorist-harboring state.

Having gone largely unpunished for his use of jihadists in the Middle East conflicts, Erdogan wants to implement the same tactics in the South Caucasus, thereby turning Azerbaijan into a Trojan horse for his regional aspirations. In addition to the centuries-old hatred against the Armenians, the regime in Ankara is de facto transforming Azerbaijan into an eastern province of Turkey in pursuit of the aforementioned neo-Ottoman expansion.

The autocratic regime of Azerbaijani President Ilham Aliyev, frustrated with decades of failed military attacks against Armenia and Artsakh (formerly known as Nagorno-Karabakh), has welcomed Ankara’s direct involvement in the war.

Emboldened by Erdogan’s unwavering support and the presence of jihadi mercenaries, Azerbaijan is indiscriminately shelling Artsakh’s capital Stepanakert, using cluster bombs that are forbidden by international conventions and are acts of cruel war crimes.

The United States cannot remain silent and has options to put a leash on Erdogan, who has turned Turkey from an American ally to an outright enemy.

For instance, back in 2018, to free American pastor Andrew Brunson from wrongful imprisonment in Turkey, Washington doubled its tariffs on Turkish steel and aluminum imports. Additionally, the assets of the country’s ministers of the interior and justice were frozen.

Within a short period, these economic instruments alone caused the Turkish national currency to hit a low of 5.11 to the US dollar, sending inflation up to 24.5%. Having felt the wrath of America’s economic might, Ankara promptly released Pastor Brunson, who was wrongly convicted in the first place.

This episode vividly demonstrates that assertively confronting Turkey works and that the US still has significant leverage over Ankara. Conversely, appeasement or inaction have proved only to broaden Erdogan’s self-inflicted belt of instability.

Washington should immediately enact targeted sanctions and an economic embargo against Turkey and Azerbaijan. Furthermore, all military assistance and arms trade should be halted.

American taxpayer money should not go toward funding international terrorism. Business as usual would only mean new regional conflicts instigated by Turkey, leaving the US and its allies with a heftier price to pay.