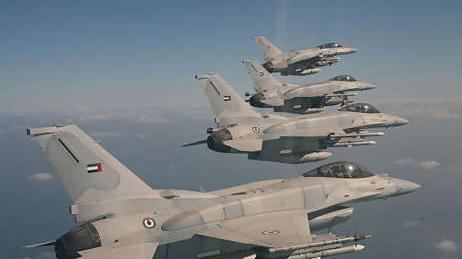 Turkey will not hesitate to shoot down any United Arab Emirates (UAE) aircraft if Turkish sovereignty is violated in the eastern Mediterranean, Al-Quds Al-Araby reported on Friday.

“We will not hesitate to shoot down any UAE aircraft if it approached the Turkish waters or the work area of Oruç Reis near Crete island in the eastern Mediterranean,” a source told Al-Quds Al-Araby.

Oruç Reis is the Turkish research vessel which is sailing in the eastern Mediterranean for the exploration of fuel.

According to the source: “The UAE is trying to play a role which is bigger than its size. It is playing with fire. If it violates the redlines or it approaches the Turkish waters, it will receive a harsh lesson.”

These warnings came following reports that the UAE has sent a number of its F-16 jets and other passenger aircraft to be deployed in Crete, in support for its ally Greece against Turkey.

The Greek chief of staff confirmed that the UAE aircraft would take part in joint military drills to be trained on cooperation between the Greek and UAE air force, in order to increase readiness and improve combat abilities.

“These drills came as a result of the relations between the two countries,” the Greek chief of staff disclosed, noting the “strong” communication between the armed forces of Greece and the UAE.

Last week, Turkey and Greece carried out simultaneous military drills in the Mediterranean, which were considered highly dangerous.

During the drills, mass media reported a phone call between the top UAE defence official and the Israeli Defence Minister Benny Gantz, noting that Turkey explained this as an attempt by the UAE to seek Israeli support against Turkey.

Last month, the Turkish Defence Minister Hulusi Akar told Al Jazeera that the UAE harmed Libya and Syria, and Turkey would hold it accountable, accusing the UAE of supporting terrorists and interfering in other countries’ affairs.