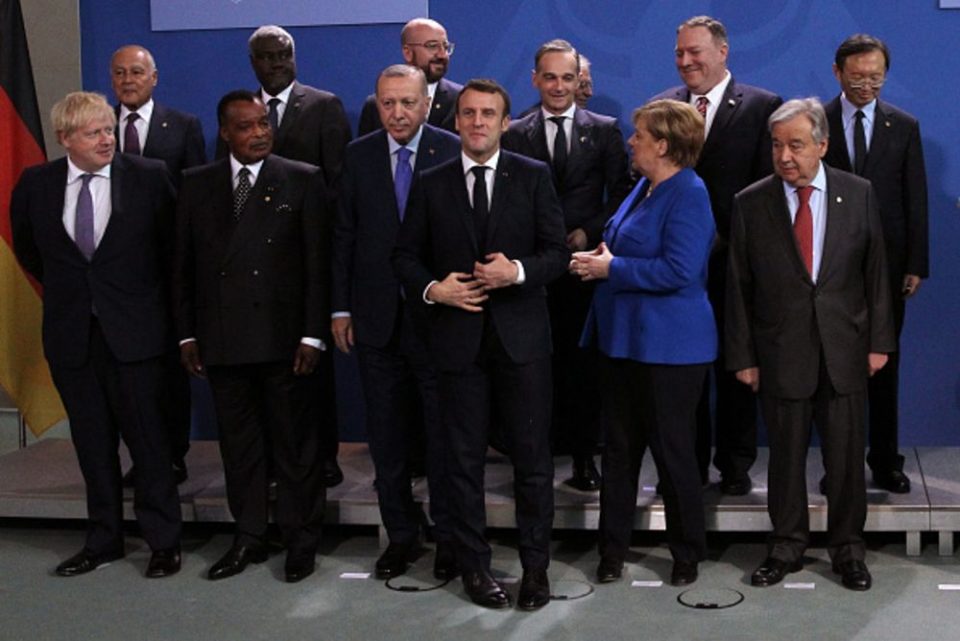 The French president’s finger-pointing ignores his own culpability in the civil war.

26 June, 2020
By Bobby Ghosh
Bobby Ghosh is a Bloomberg Opinion columnist. He writes on foreign affairs, with a special focus on the Middle East and the wider Islamic world.

The art of the diplomatic put-down seems lost in the age of “dotard” and “Rocket Man,” not to mention the jejune tirades of China’s so-called wolf warriors. So let us savor the old-school sting of “an eclipse of the mind,” Turkey’s latest barb in the direction of French President Emmanuel Macron.

The jab is on the nose: Macron’s pronouncements on Libya have devolved from hyperbole and hypocrisy to something approaching hysteria. Having backed a suspected war criminal against a United Nations-recognized government in Tripoli, Macron now accuses Turkey of “playing a dangerous game” in Libya. And having lost any leverage France might have had in the civil war, he avers that he “will not tolerate” the Turkish interference.

Perhaps he suffers from a lapse in memory. Given all the recent twists and turns in the Libyan civil war, and the complexities introduced by at least a dozen foreign players, France’s foundational contribution to the conflict might get lost in the shuffle.

Macron might just be able to blame his predecessor, Francois Hollande, for involving France in the civil war. When the death of three French soldiers in a July 2016 helicopter crash brought Hollande’s intervention to the world’s attention, Macron had not yet announced his bid for the presidency.

Or, he might have fingered Hollande’s then-Defense Minister Jean-Yves Le Drian for mischaracterizing the rebel commander Khalifa Haftar as a partner in the fight against Salafi-Jihadi terrorism in the Maghreb and the Sahel. This view required willful ignorance: there are Islamic extremists on both sides of the civil war. For all Khalifa’s posturing against terrorism, his forces include a sizeable cohort of Madhkhalists, followers of an obscure Saudi cleric whose worldview is more Taliban than liberté, égalité and fraternité.

Macron could have quietly pulled away from Haftar; instead, having made Le Drian his foreign minister, he dialed up French involvement. While denying reports it had supplied the rebels with arms — inconveniently, Javelin anti-tank missiles sold to France turned up at one of Haftar’s bases — Macron appointed himself peacemaker. Two months after taking office, he hosted a summit outside Paris, and preened as Haftar and Prime Minister Fayez al-Sarraj of the Government of National Accord agreed to a cease-fire and elections.

All Macron had really done was to legitimize the rebel commander, who never gave up his ambition to take Tripoli by force. With other, more committed allies behind him — notably, Egypt, the United Arab Emirates and Russia — Haftar was able to treat his French patrons as they had treated the UN-backed government, with blithe disregard.

But Macron had painted himself into Haftar’s corner and would not abandon his man. While France was reduced to sniping with Italy over energy interests in Libya, the mantle of peacemaker was passed to other pretenders: Russian President Vladimir Putin and German Chancellor Angela Merkel both hosted summits; more recently even Egyptian President Abdel-Fattah El-Sisi tried to engineer a cease-fire.

The only leader moving the Libyan needle was Turkey’s President Recep Tayyip Erdogan, whose backing — in word and kinetic deed — of the GNA has forced Haftar into headlong retreat. This turn of events has led to still more embarrassing revelations for Macron and Le Drian: The discovery of mass graves in territory liberated from the rebels suggests that France’s champion was presiding over industrial-scale atrocities.

It does not take Macronian cynicism to see his rhetorical bluster toward Turkey as a desperate effort to distract attention from French culpability. He has other battles with Ankara, including the contest over energy rights in the Eastern Mediterranean. A more charitable suggestion might be that Macron retains fantasies of French influence in the southern Mediterranean. The Libyan reality be what it may, France’s president is certainly not displaying an eclipse in ambition.

This column does not necessarily reflect the opinion of the editorial board or Bloomberg LP and its owners.

To contact the author of this story:
Bobby Ghosh at aghosh73@bloomberg.net