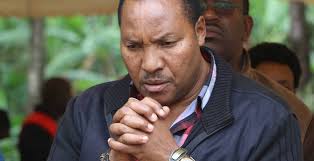 Embattled Kiambu Governor Ferdinand Waititu (pictured) has been impeached. Waititu was ousted Thursday evening after 63 Members of the County Assembly voted in favour of his removal. The motion was tabled by Ndenderu MCA Solomon Kinuthia who accused the governor of engaging in corrupt dealings, abuse of office and gross misconduct. In the motion, the governor was accused of violating the public procurement rules and conflict of interest after it emerged that tenders in the county were awarded to companies owned by relatives. He was also accused of breaching the county procedures by hiring casual workers without the incolvement of the County Service Board.

Why Abiy Ahmed’s Prosperity Party is good news for Ethiopia