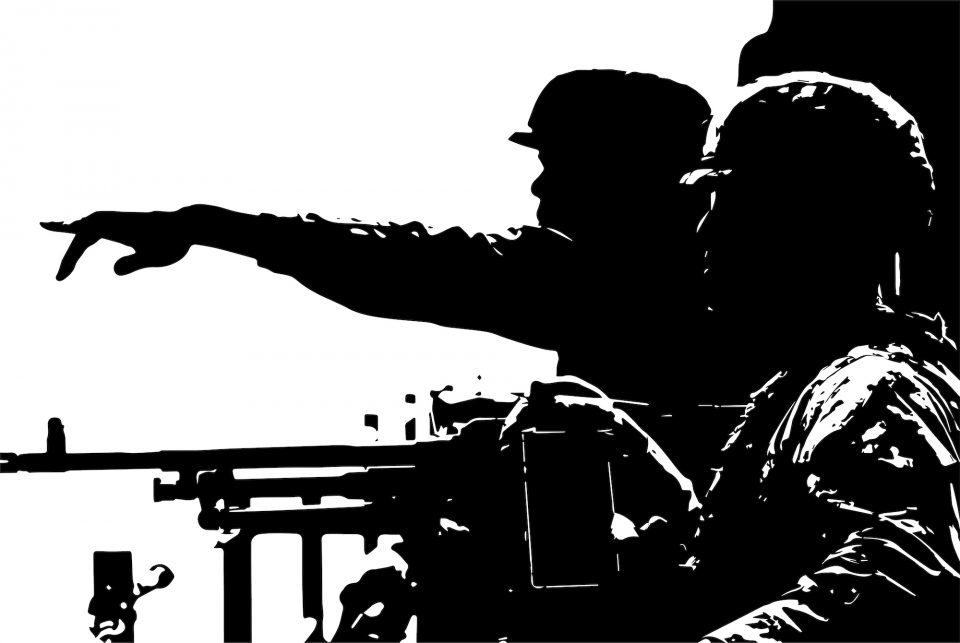 With Donald Trump’s relevance to our foreign policy future diminishing by the day, his recent demands to get US soldiers out of Somalia and accelerate the drawdown in Afghanistan will likely just be dismissed. Both efforts appeared to be little more than an eleventh-hour campaign stunt, after all. But the incoming Biden administration should not ignore a genuine American interest in bringing our troops home from war. With the upcoming transition in January 2021, the Biden administration will face the best opportunity the United States has had in a generation for a foreign policy reboot. A meaningful shift from an unaccountable military-driven foreign policy back to civilian and diplomatic leadership and oversight could release America from a cycle of expensive, counterproductive, and endless small wars.

Our intervention in Somalia, in particular, has long escaped scrutiny of purpose and impact. We should be asking why our troops are there. What national interest are they serving? How does our war in Somalia benefit the American people? For too long, the bar has been higher to justify ending a military intervention than it is to keep one going.

Our current intervention in Somalia could be justifiable under one of two conditions. If the intervention to date had succeeded in putting Somalia on a path towards ending the conflict with al-Shabaab, and on track to take over its own security, the military could justify seeing it through to a reasonable end. Ending prematurely when on route to success would risk gains already made and squander significant investment to date.

Military gains have, however, been stalled for some time. But for a significant increase in US military activity, including a fourfold increase in airstrikes under the Trump administration, little in Somalia has changed since I arrived there as a US diplomat in 2016.

The security situation has remained a violent stalemate. Somalia’s President Mohamed Abdullahi recently declared that — with US assistance — Somalia is “on the brink of defeating” al-Shabaab, the al Qaeda-affiliated group we are fighting there. The consistency of al-Shabaab’s attacks and civilian casualties for several years now suggests otherwise. US military leaders have conceded that military defeat of al-Shabaab is not possible and that the conflict will only be won by addressing the underlying causes of extremism in that country with better governance. In the absence of any signs that governance will improve on its current course, maintaining the same military-led strategy is counterproductive.

The risk Somalia poses to US national interests is not only limited, but, in fact, enhanced by our ongoing military intervention there.

Since we are not on track to defeat al-Shabaab, the only other justification for staying the course would be if ongoing US military intervention were necessary to defend essential US national security interests. The risk Somalia poses to US national interests is not only limited, but, in fact, enhanced by our ongoing military intervention there. The Defense Intelligence Agency has assessed the risk al-Shabaab poses to the homeland as low. While al-Shabaab has continued to pose a risk to US troops and other Americans in the East Africa region, it is our ongoing military presence in Somalia that makes Americans and American interests there a target of al-Shabaab. This suggests that the most fundamental US national security interest – the protection of Americans – is actually undermined by our ongoing lethal activity there.

The arguments against withdrawing US troops from Somalia don’t withstand scrutiny. No question: al-Shabaab has not been defeated. But if we come around to accepting that is an unachievable military goal, as US military leaders have done, this fact alone is not reason to maintain a military presence there. Suggestions that a US withdrawal could increase terrorist threats to Americans in the East African region don’t add up, since Americans are a target specifically because of the US intervention. The idea that a US withdrawal could lead other regional partners to “rush for the exits” would suggest only that al-Shabaab does not in fact pose an existential threat to the region. If it did, Kenya, Ethiopia, and other countries contributing troops to the African Union Mission in Somalia (AMISOM) would maintain a presence regardless of US participation because it would be essential to their national security to do so.

This is not to say that the next administration should not be in Somalia helping the Somali government work towards peace and stability. America should be engaged there, but the risks and costs of our intervention there should be commensurate with the national interests at stake and designed to facilitate the ends sought. Our current military intervention fails on both counts. The military-led strategy has undermined and overshadowed diplomatic and development efforts better suited to helping address the underlying causes of Somalia’s instability, which are rooted in decades of poor governance and corruption. Leading with civilian capacities instead would also be less costly and bring less risk of inadvertently aggravating ongoing conflict. This would require an embassy sufficiently resourced and empowered to drive a strategy focused on political and governance improvements, and a USAID mission with the capacity, authority, and resources needed to focus on long-term development goals. It would also require greater investment in the security necessary to facilitate deeper civilian engagement in Somalia’s risky environment. Admittedly, this approach would not guarantee a stable Somalia. But guaranteeing a stable Somalia is not essential to US national security interests, at home or in the region. Even if it failed or fell short, a civilian-led strategy would do so at less cost and less risk than the current approach already has.

On the other hand, maybe a civilian-led strategy invested more in addressing the underlying causes of extremism would indeed be more effective in facilitating a more peaceful and stable Somalia. Such an approach would largely align with the foreign policy vision the Biden campaign has put forward. President-elect Biden has stated clearly that use of force should be a last resort, used only to defend our vital interests with clear and achievable objectives and informed consent of the American people. Biden pledges to end the forever wars, asserting that unwinnable conflicts only drain our capacity to lead on issues that require attention. Maybe a Somali government not propped up by the US military would be compelled to make the hard sacrifices and compromises necessary to govern better in order to address those same issues, with greater civilian US assistance. Maybe a shift to a civilian-led strategy would help break the stalemate in Somalia and help drive similar shifts in other small wars across the globe. Maybe a Biden administration can begin that change and break the vicious cycle of unproductive and costly counterterrorism wars.

Elizabeth Shackelford was a US diplomat until December 2017 when she resigned in protest of the administration. She served in the US Mission to Somalia in 2016-2017. Previously, she served in the US Embassies in South Sudan and Poland, and in Washington, DC. Elizabeth is a fellow with the Quincy Institute for Responsible Statecraft and author of The Dissent Channel: American Diplomacy in a Dishonest Age, published in May 2020.