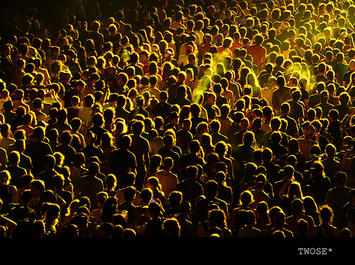 Only Tribes held together by a group feeling can survive in a desert.
–Ibn Khaldun, 14th century Arab historian

Time to chuck into the dustbin the cosmopolitan notions so celebrated at global conferences: a world run by wise men of the United Nations, science-driven socialists or their ostensibly more pragmatic twins, global free marketers. We are leaving the age of abstractions and entering one dominated by deep-seated ethnic, religious and cultural loyalties, some with roots from centuries and millennia ago.

The 14th century Arab historian Ibn Khaldun noted that what most holds people together is biology and shared history. These create the critical bonds of kinship and trust and a sense of common purpose that have animated every ascendant group from the days of the Greeks and Romans through the British empire, America and modern day China.

You rarely hear such notions discussed by academics, policy wonks and politicians. The well-behaved shy away from the hoary reality that people usually put the interests of their extended family ahead of others.

Yet the more we struggle to be true cosmopolitans, the more humanity expresses our fundamentally tribal nature. In the two decades since I wrote my book Tribes, in-group loyalties appear to have become stronger and more dominant.

Take the Arabs, Ibn Khaldun’s own tribe, now blending ethnic nationalism and religion into a powerful, epoch-shaping mixture. Much as in the 7th or 8th centuries.

Arab Muslim tribalism will remain a powerful force, if for no other reason than their dominance of easily accessible fossil fuel resources. You see signs of a renewed, self-conscious Arab civilization in the new mosques, shining cultural edifices, mega-hotels and office spires sprouting across Kuwait, Dubai, Qatar and Abu Dhabi.

With Arabs, like others, intense tribal feelings can often get out of control. Racial pride and religious fervor have chased many productive cultural minorities–Armenians, Christians, Jews–from once cosmopolitan cities like Damascus, Cairo and Beirut. The Shiite Iranians have followed a similar unfortunate course. Even some in Israel feel an uncontrollable urge to exclude, as evident in a proposal to allow ultra-orthodox Haredi rabbis to determine who is–and who isn’t–a Jew.

The power of the new tribalism is particularly evident among the Chinese. Maoism might have been a radical internationalist movement, but today’s Chinese are seeking to revive the great 15th century “middle kingdom” that led the world in industriousness and commerce, and briefly even “ruled the seas.”

The Han are easily the world’s largest tribe with a common history, language and mythology, and they constitute over 90% of China’s billion-plus population. In contrast, India, the other great rising super power of our time, remains a patchwork of diverse ethnic, linguistic, caste and religious groupings.

The new Middle Kingdom, as Martin Jacques warns in his influential When China Rules the World, may well prove extraordinarily ethno-centric and self-referential. The newly powerful Han may find little use for other races except as customers and suppliers of raw materials.

Despite huge internal pressures, the Chinese are increasingly scornful of the Western business model. A good example of this change of mood: the downgrade of American and European debt by the Dagong rating agency earlier this month.

Other tribes, meanwhile, are waning: Take the Japanese. The Japanese ascendency last century was was built upon imagination, courage and military, followed by a corporate, esprit de corps.

Nothing speaks to tribal decline more than Japan’s shocking birth dearth. The Japanese are running out of new blood about as quickly as any nation on earth. They also seem constitutionally incapable of making the demographic shortfall with immigrants. By 2050 more than one in three Japanese will be over 60, and the workforce 40% smaller than in 2000. The same fate may await some of their Asian cousins, but Japan’s demographic time bomb will go off first.

The trendy concept of “European” may also need to be dismissed as archaic given the mounting rift between the frugal and productive north and the anarchic south. After all, how can you speak of one Europe when the Belgians themselves remain congenitally divided between their French and Dutch speakers.

So what other tribes, besides the Chinese, are on the upswing? Best look at the arc of rising countries across Asia–from Turkey and India to Vietnam. All appear to be entering an aggressive, expansive phase.

The new dynamic has restored one historic aspect in the role of cities as hosts for a gathering of tribes. Singapore, for example, has evolved into a modern-day Venice: a convenient, authoritatively ordered place hosting Chinese, Malays, Indians, Vietnamese and those Westerners who want in on Asia’s action.

Many well off Indians, Chinese and others scour the globe for the prospect of a better life–easier admission to college or the prospect of owning a large flat or even a single family house in the suburbs. This lures them to London, New York, Los Angeles, the Bay Area or Houston. Chinese yuppies still fork out big bucks to have their babies born in California.

Tribalism has spread even to that paragon of modernism, Silicon Valley. In the end, technology often fails to trump family and cultural ties. Chinese investors push firms to set up shop with their ethnic compatriots in Taiwan, Singapore or China; the Indians for Bangalore, Chennai or Hyderabad; the Israelis for expanding Tel Aviv.

In our informational age, of course, not all trust networks are based on ethnic DNA. The Mormons have thrived as a tribe based on theology and their remarkable culture of mutual self-help. More than half of the “Saints” now live outside of America, but still Salt Lake City serves as their own ecclesiastical Mecca.

Even decidedly secular groups increasingly display tribal characteristics. Green activists are united by a passionate “group feeling” as powerful as that which mobilized Mohammed’s followers; just substitute “sustainable” for holy.

Smaller tribes like investment bankers, techno-geeks or gays each share their own iconography, rites of passage, tastes in politics and culture. They cluster not only in cyberspace, but in the same neighborhoods, conferences and resorts, and increasingly intermarry.

These secular tribes often insist they, unlike ethnic groups, are motivated by a more enlightened spirit of science, global consciousness or individual self-awareness. But don’t be taken in by such protestations. Nothing could be more tribal.

Do you trust the government? Wall Street? Big corporations? Don’t trust anyone? Click here for Forbes’ complete package on “ The Trust Gap.”

Joel Kotkin is a distinguished presidential fellow in urban futures at Chapman University. He is also an adjunct fellow at the Legatum Institute in London and serves as executive editor of newgeography.com. He writes the weekly New Geographer column for Forbes. His latest book, The Next Hundred Million: America in 2050, was published in February 2010 by Penguin Press.

I cover demographic, social and economic trends around the world. I am the R.C. Hobbs Professor of Urban Studies at Chapman University in California, executive director…