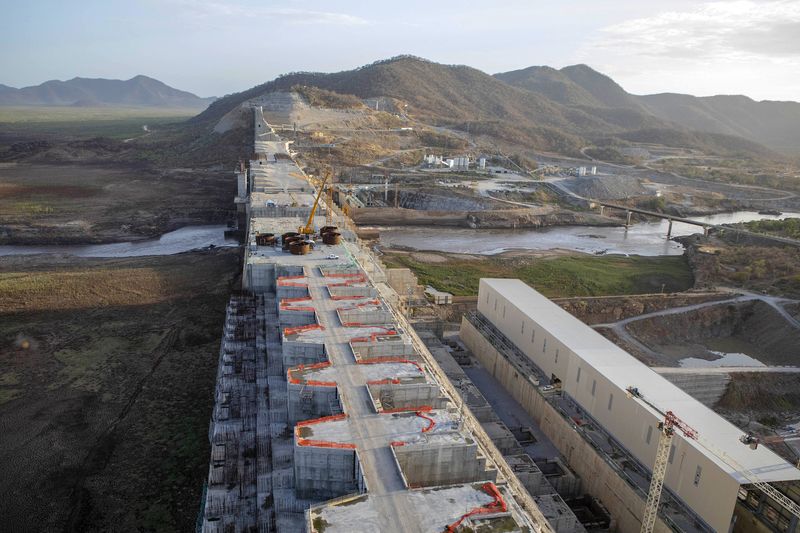 China and the United Nations backed calls for Ethiopia to resume talks over its plan to begin filling a giant hydropower dam that is opposed by Egypt.

Ethiopia wants to flood the Grand Ethiopian Renaissance Dam when the next rainy season begins in July. Egypt insists on having a say in how quickly it’s filled, because it will affect the flow of the Nile River, the nation’s main source of fresh water. The U.S., which counts the countries as important regional allies, has urged them to resolve the issue amicably.

“Regarding the GERD issue, we hope the differences between the two nations could be resolved through dialogue and peaceful negotiations,” Zhang Gaohui, the chief of political affairs at the Chinese Embassy in Ethiopia’s capital, Addis Ababa, said in an emailed response to questions.

China is Ethiopia’s biggest trading partner. It’s also estimated to have provided more than $16 billion of loans to the Horn of Africa nation, including a $1.2 billion credit to build transmission lines that will link to the plant. The electricity will help power a Chinese-funded railway that connects landlocked Ethiopia to ports in neighboring Djibouti.

U.S. and World Bank-backed efforts to mediate the dispute between Ethiopia and Egypt broke down in February, when Ethiopia withdrew from the talks. Earlier this month, Egypt accused Ethiopia of having “a policy of unilateralism,” according to a letter to the Security Council obtained by Bloomberg. In its response, Ethiopia has said it doesn’t have any legal obligations to seek Egypt’s approval to fill the dam.

The increased pressure for talks comes as Prime Minister Abiy Ahmed is distracted by negotiations with creditors about debt waivers. Ethiopia is expected to sign a moratorium with the Paris Club in the coming days, to free up capital the country needs to deal with the coronavirus pandemic.

Sudan has also been party to the discussions about the dam. The Blue Nile that originates in Ethiopia and is one of the main tributaries of the Nile, passes through Sudan en route to Egypt. The Sudanese government is working to restart tripartite talks, it said on Wednesday.

Researchers at the German Institute for International and Security Affairs have proposed that the EU help to determine a price tag for a slower fill and help Egypt with financing to pay Ethiopia to cover that cost.

Ethiopia remains resolute that a so-called declaration of principles agreement signed by Egypt, Ethiopia and Sudan in 2015 allows it to proceed with damming the GERD.

“Ethiopia doesn’t need permission of any downstream country to utilize its legitimate share of water,” Ethiopian Water Minister Seleshi Bekele said said in a briefing to African diplomats earlier this week. “The first stage of the first filling starts this July.”

The GERD is set to be Africa’s biggest hydropower dam once it’s completed, generating about 6,000 megawatts of electricity. Ethiopia plans to export power to neighboring states to help ease an acute shortage of foreign exchange.

Abiy on Thursday held talks with his Sudanese counterpart, Abdalla Hamdok, on environmental and security issues related to the dam, according to a statement.

He “also provided progress information on the issues raised and highlighted the role the GERD will play in strengthening the economies of three countries concerned,” his office said. “Agreement was made for technical-level discussions to continue, led by the ministers of water affairs of the countries.”

This article was originally published on Bloomberg