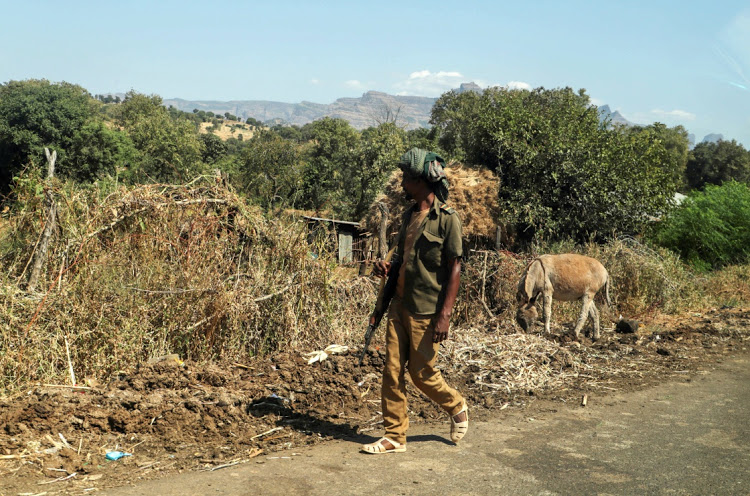 In her book ‘New and old wars’ Mary Kaldor argues that one of the main reasons behind Yugoslavia slipping into civil war, and the subsequent Balkanization, was in part due to institutionalisation of ethnic differences.

The consensus was that the Balkans were an inherently unstable area held together by a strong state. Once the power of the federal government waned, a process called Balkanization began. If the ethnic divide was masked by an overt Yugoslavism, how could people of different ethnicities live side by side for a long time?

The answer lies in the federal structure of the former Yugoslavia. To prevent a particular ethnicity from dominating the government the regime had put in place several checks and balances creating an extremely complex system and inadvertently institutionalizing ethnic difference. The result was that, in the end, each republic and autonomous province had its own communist party catering to its ethnic majority.

This was a dangerous proposition and one that Kaldor argues is rare in a totalitarian society. It was effectively the decentralization of totalitarianism. The power vacuum created by decentralization was filled by national communitarian identities adding fuel to the fire.

The analogies between the Yugoslavian case and Ethiopia is striking. The Ethiopian People’s Revolutionary Democratic Front(EPRDF), which was a coalition of all major ethnic parties in Ethiopia and led by the TPLF(Tigray People’s Liberation Front; A political party for the Tigrayan ethnic group)  came to power after replacing the communist Derg regime of General Mengistu and established a system called ethnic federalism.

The EPRDF under Mr. Zenawi divided the country into 9 states along ethnic lines thereby intentionally institutionalizing ethnicity hoping this would hold his country together. The fault lines emerging today are a legacy of this misadventure. Instead of promoting a unified national identity, the EPRDF at the time established a state based on ethnicity; a system convenient for the Tigrayans who went on to dominate proceedings in Ethiopia.

Mr. Abi Ahmed, who hails from the Oromo group, is trying to wind down the clock on ethnic federalism. He has been trying to shore up pan-Ethiopianism and the newly established Prosperity party, which is a coalition of all parties in the EPRDF except TPLF, is a step in this direction. The Absence of the TPLF from the coalition would have warned Mr. Abi of what was lying in store for him.

It is possible to say that the current conflict in Ethiopia can be traced back to the basic structure of the Ethiopian state. Mr. Aby expressed a clear desire to centralize the state and weaken the ethnic based federal system in hope that pan-Ethiopianism can spur a new nationalistic identity. It is inevitable that he will run into roadblocks since no region would want to give up its powers as mandated to them under the current structure.

The ongoing tussle between the federal government and the Tigray region has its roots in this dynamic. The war between Addis Ababa and Mekelle is driven by bitter divisions over power-sharing. After Mr. Abi Ahmed came to power, the TPLF lost most of its disproportionate influence over the federal government. The Nobel Prize winner then floated a new national political party called ‘prosperity party’, which the TPLF refused to join in.

A conflict spiralling out of control

Ethiopia is an upholder of peace and stability in an already war torn Horn of Africa. It is crucial that the conflict doesn’t spiral out of control. A recent report by Amnesty International suggests of the presence of Eritrean troops on Ethiopian soil systematically killing hundreds of civilians in what may amount to crime against humanity. Eritrea is one of the most repressive countries in the world, repressive enough to give North Korea a run for its money.

Eritrean President Isaias Afwerki has ruled the country with an iron hand. No information, except propaganda, comes out of the Eritrean camp. Meanwhile, the Ethiopians are refraining from admitting or denying the presence of Eritrean troops; thus shielding away from making a decision on the ground. The Presence of Eritrean troops has made the situation a lot complicated.

The United States issued a statement demanding immediate withdrawal of Eritrean troops from Tigray, but the Ethiopian government has expressed displeasure over apparent US efforts to influence ‘purely internal matters’. Invoking hard sovereignty is usually a larger symptom of something wrong in a state.

Prospects of peace look distant, unless Ethiopia can win a decisive victory over the rebels. But that will not be done without causing significant damage to life and property. Eritrean intervention will only help to increase the resolve of the rebels in Tigray. If Eritrean troops are not expelled immediately, it will hamper negotiations with the Tigrayans and the Federal government; prolonging the conflict and causing serious trust deficits.

The Tigrayan leadership has failed its people by leading them down into a protracted conflict with devastating consequences but Mr. Abi will be disappointing the entire world if he doesn’t take a decisive decision to expel the Eritreans.