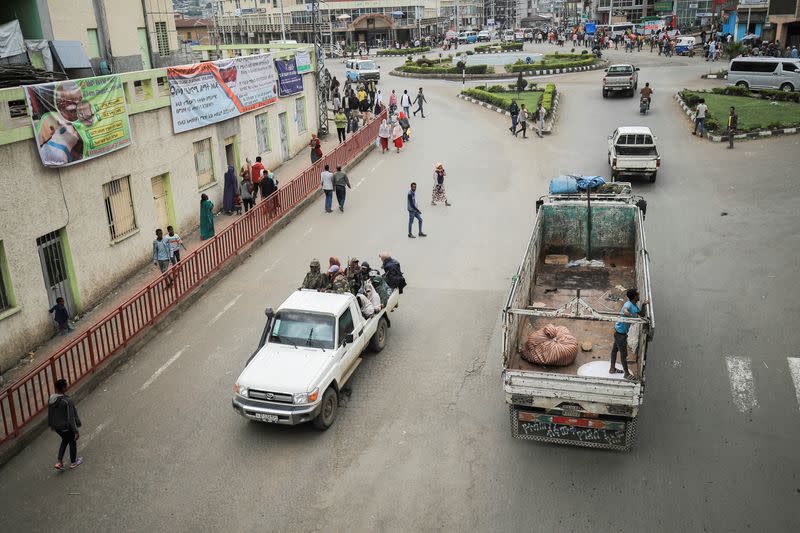 Tigrayan forces said on Saturday they had seized the strategic town of Dessie in Ethiopia’s Amhara region where tens of thousands of ethnic Amharas have sought refuge from an escalation in fighting.

The fighters pushed Ethiopian government forces from Dessie and were headed towards the town of Kombolcha, Getachew Reda, spokesperson for the Tigray People’s Liberation Front (TPLF), told Reuters by satellite phone from an undisclosed location.

Legesse Tulu, the Ethiopian government spokesperson, did not immediately respond to requests for comment. Reuters could not independently verify the TPLF’s account of developments.

A school director in Dessie said he saw Ethiopian soldiers retreating from the town on Saturday morning towards Kombolcha and that power across town had been off since Friday.

Another resident of Dessie also said the town had no power and that the federal army had left. Both said they had heard Tigrayan fighters were in town but had not seen them. Both residents spoke on condition of anonymity.

The capture of Dessie would be a strategic gain for the Tigrayan fighters against the central government forces who are trying to dislodge them from the Amhara region.

The large town is some 385 km from the capital, Addis Ababa, and is the furthest south in Amhara that the TPLF has reached since pushing into the region in July.

Tigrayan forces were initially beaten back, but recaptured most of the region in July and pushed into the neighboring Amhara and Afar regions.

Assailed by Terrorists and Betrayed by the West