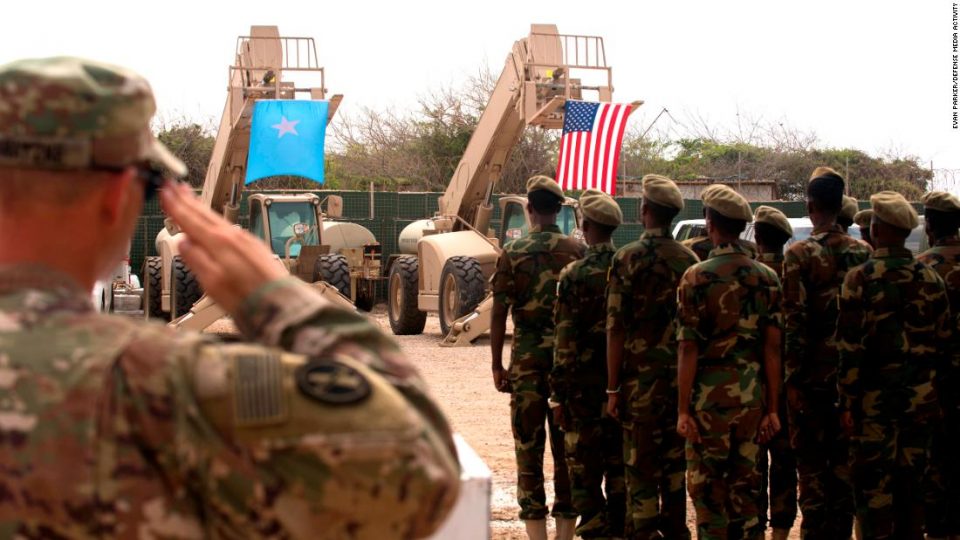 According to anonymous officials, President Trump told his top advisers to draw up plans to get troops out of Somalia. Roughly 800 troops are currently there to help the Somali government fight al Shabab, a terror group and affiliate of al Qaeda that’s been plaguing the Horn of Africa for years. The news of the pending withdrawal prompted immediate pushback from the pro-foreign intervention crowd.

Tricia Bacon, a professor at American University and former State Department official, said that withdrawing would give al Shabab “a decisive strategic advantage” and would lead to American deaths.

On the Right, Oklahoma Sen. James Inhofe also criticized Trump’s request to exit Somalia, saying that the strategy of “our continued presence” has worked. Kori Schake at the American Enterprise Institute claimed that “there’s no strategy; just electioneering.”

These days, finding a sense of community is a lot like prospecting for gold

The real story is more complicated because Somalia is complicated. Trump first placed American troops in Somalia in 2017 at the behest of his national security officials. If the mission is to stay in Somalia until al Shabab is gone, there’s no end in sight. Al Shabab skims off of Western foreign aid, is likely supported by Sunni benefactors in the Middle East, and has a never-ending pool of disaffected young men to replenish its ranks. That’s why generals have only committed to “slow” progress in Somalia and have refused to call our operations there a “war.” A war has clear objectives. Fixing Somalia and the problems that fuel al Shabab is an open-ended mission.

In other words, if the U.S. stays in Somalia, we could very soon have well over 800 troops in the country. There is already evidence of mission creep. On paper, U.S. troops are only in Somalia to advise and assist Somali and African Union forces in operations against al Shabab. In reality, much of the fighting is increasingly being carried out by Americans. The American share of the fighting may increase — African Union peacekeeping forces are scheduled to withdraw from Somalia next year.

The other problem with a continued presence in Somalia is that the mission morphs into one bent on propping up the government, not just striking terrorists. Washington, like it or not, then owns the government’s problems, including corruption and brutality. Often, our presence gives corrupt governments a false security blanket. This can make it harder for the government to reform and for Somalia to fix itself.

The mission creep in Somalia is emblematic of what has occurred across Africa over the last 10 years. The U.S. has about 7,000 troops in Africa, and there are troops in 50 of 54 African countries. Combat missions are ongoing in about 20 African countries. When a U.S. soldier was killed in Niger several years ago, members of Congress acted as if they didn’t know about U.S. troops being in that country. There are so many troops in so many places that even Congress can’t keep track.

Unfortunately, influential voices in Washington are presenting a false choice between staying in Somalia forever or empowering evil terrorists. Al Shabab is a clear threat, but it is a regional threat that presents no direct threat to the American homeland. The U.S. has the ability to project power anywhere on Earth in hours, if not minutes, and the ability to monitor al Shabab without being embedded on the ground. The proportionate response to the threat posed by al Shabab is targeted strikes and raids when a legitimate anti-American threat arises, not an endless occupation of Somalia.

Trump is right to want to withdraw troops from Somalia.

The foreign policy establishment is quick to point out the immediate power vacuum that could occur if troops are removed from a region. But the clamor for interventions (in Syria, for example) that have repeatedly destabilized countries, in turn fostering terror groups. The constant calls for intervention represent an unprincipled stand, disconnected from regular people. As dissenting voices grow in volume, those who espouse this failed policy will be hard-pressed to ignore reality indefinitely.

Willis Krumholz is a fellow at Defense Priorities. He holds a J.D. and an M.B.A. from the University of St. Thomas and works in the financial services industry.