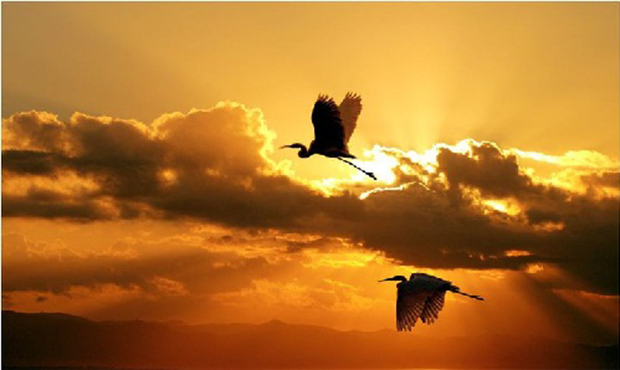 Tawakkul means reliance on God as our source of support and strength when facing trials and challenges in life that seem unsurmountable. It describes the Islamic concept of completely trusting in God’s plan.

“And He will provide him from (sources) he never could imagine. And whosoever puts his trust in Allah then He will suffice him.” ~ Quran 65:3

Tawakkul is an Arabic word that describes the Islamic concept of completely trusting in God’s plan. It means to have perfect faith in God and reliance on God alone, which is tremendously liberating. Tawakkul means that when facing trials and challenges in life, we must surrender and trust in God as our source of support and strength; and rely on His unlimited power as we continue striving to reach our aims and overcome difficulties.

However, as a helpful and well-known Arabic saying goes: “Trust in Allah [God] but tie your camel” — which perfectly illustrates how reliance on God ties into personal effort. That is, having tawakkul does not mean sitting around doing nothing hoping God will magically solve all our problems. It instead means that we rely on God with all our heart and this very reliance gives us the strength to take proper action, even in circumstances when we feel it is humanly impossible to go on. Our strength is derived from God’s unlimited Power. God helps us through the many gifts he endowed us with, including our intellect, mental and emotional faculties, and the laws that govern the Universe, such as the law of cause and effect, among others.

Having a strong sense of trust in God frees us from fear and negativity.

Having a strong sense of trust in God frees us from fear and negativity. Say you are making your best efforts to improve your financial situation. You work as much as you can, constantly look for permissible ways to increase your income and suddenly you lose your job. Instead of becoming despondent and paralyzed, you realize that this is an opportunity to practice and strengthen your faith and reliance on God. Once you have made this realization, you do not give in to fear and despair. Instead, you continue to take actions that will bring about positive results. Rather than sleeping long hours or sitting around idly watching television all day, you use your time constructively. For instance, you read books that nourish your mind and spirit, you exercise your body in order to increase your energy and stamina, and, of course, you search for work in as many places as you can think of, confident that God is with you, supporting you, and that His plan for you is greater than you can imagine.

Spiritual beliefs are meant to empower and liberate us. Faith in God – another way of understanding Tawakkul – is in essence a set of beliefs that free us from limitations and enhances our life’s possibilities. If we believe that God is the Source of all creation and all power, we understand that although we are severely limited as human beings, as believers we derive our strength from a limitless source, God, and through His might we are able to continue to act in the face of even the most difficult circumstances.

A great illustration of tawakkul from the times of the Prophet Muhammad (PBUH) is the battle of Uhud.

A great illustration of tawakkul from the times of the Prophet Muhammad (PBUH) is the battle of Uhud. This was a battle where the Muslims were harshly defeated, and their enemies, after leaving the battleground, decided to return and inflict even greater harm on them. According to the Quran (3:120-129), when the Muslims were informed of this, those who possessed strong faith were untouched by fear in the dangerous situation they were in, having lost most of their army. On the contrary, relying on God and seeking assistance from the power of their faith, they increased their steadfastness and resistance. As a result, once the victorious enemies were informed of the remaining Muslim’s resolve, they quickly changed their minds and retreated.

The opposite of trusting in and relying on God is relying on created beings. This means being dependent on someone else and lacking autonomy or self-reliance. As it is patently apparent, having tawakkul is the difference between living life as God intended us to, as independent and dignified human beings, the highest of His creation, or humiliated as slaves to things or to other creatures.

If we think of the central Islamic principle of Unity, la ilaha ill’Allah, which means “there is no god but God,” we understand that tawakkul is a direct result of this Unity: The Source of all that exists is God and therefore, the source of all power originates from this Primary source that is God.

Understanding this principle fully, letting it sink into our entire being, and living by it, causes us to become truly resilient and perseverant in the face of temporary, or even lasting, adversities and defeats in life. Tawakkul essentially means that as human beings we do not “experience a feeling of weakness or inferiority” in the face of problems, “but instead consider [ourselves] victorious by relying on the infinite power of Allah [God].” Therefore, tawakkul causes us to be hopeful, strong, and energetic—qualities that in turn increase our spirit and determination.

Tawakkul essentially means that as human beings we do not “experience a feeling of weakness or inferiority in the face of problems.”

Besides dealing with difficulties, tawakkul helps us when we have to make a decision. The Quran advises us to think thoroughly and seek the advice of those we consider wise before making a choice. However, once a course of action has been determined, we are to place our trust in God, as “He loves those who put their trust in Him” (Quran 3:159). That is, after having considered the alternatives, prayed to seek God’s guidance, taken time to think things thoroughly and, if needed, sought advice, once we make a decision, we are not to doubt it anymore. This approach allows us to focus all our energy on carrying out our decision, knowing that God is helping us, instead of wasting it by constantly doubting and second-guessing ourselves.

Noted Muslim scholar Imam as-Sadiq once stated that “independence and honor are in a state of travel and when they come to the place of tawakkul, they take up residence there.” Indeed, tawakkul is the source of, or the home of, independence and honor. Relying on God makes us free and confident and saves us from being dependent on others, which is different from seeking advice and help from others as we saw above.

Prophet Muhammad (PBUH) asked archangel Jibrail (Gabriel), “What is tawakkul?” And he replied, “Cognizance that the creation of Allah can neither cause harm or yield benefit; neither can it grant nor withhold a bounty; one must sever all expectations from the creation of Allah. When a person becomes such, he shall never work for anyone other than Allah and shall never hope and expect from anyone other than Him, and this is the reality of tawakkul.” *

* Keeping in mind that here “the creation of Allah,” i.e. God, refers mainly to other human beings.

Paola García is a writer, dancer, and translator based in New York City. A graduate of Columbia Law School and former lawyer, she received an M.A. in Islamic Studies from Columbia University in the Fall of 2018. Originally from Northern Mexico, Paola lives in New York City, but she has lived and traveled in several countries in the Middle East and North Africa over the past decade.