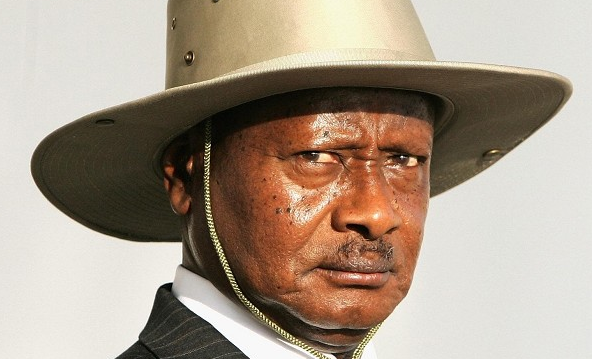 In Uganda, tensions are running high as the 2021 January presidential elections approach. Not only has the country been campaigning and planning to operate the election under COVID-19 restrictions, but there have been increased reports of political tensions and riots. Additionally, the European Union announced on Monday, November 16th that they would not send a team of observers to monitor the election. Uganda has had a contentious history, the country gained its formal independence from Britain in 1962 but the impacts of colonization were felt throughout Uganda’s post-independence history.

The Central Intelligence Agency reports, “The colonial boundaries created by Britain to delimit Uganda grouped together a wide range of ethnic groups with different political systems and cultures. These differences complicated the establishment of a working political community after independence…” Following the country’s independence came the dictatorial regime of Idi Amin (1971-79) and the guerilla wars and human rights abuses under Milton Obote (1980-85). In 1986, after decades of extensive human rights abuses and internal strife, Yoweri Museveni, leader of a rebel group, seized power. Museveni is credited with having brought political stability and economic growth to Uganda. Yet, Museveni also continues to be in office to this day and is predicted to remain in office until death. According to the Constitution, Uganda is a republic where the president is both the Head of State and Head of Government, the legislature is directly elected, the judiciary is independent, individual rights are protected, and has a multi-party system of politics. In practice, Museveni’s rule is marked with increasing political repression and further weakening of democratic institutions.

According to The Washington Post, in the 1950s, the United Nations observed decolonization elections, and since 1990, international election observation “…has become a “norm.” Eighty to eighty-five percent of elections in new democracies observed.” The remark Susan Hyde makes is that even semi-democratic countries invite election observation despite knowing it can bring them international criticism, since refusing observers can be taken as an admission of electoral misconduct. The European Union (EU) is a leading group that conducts international election observations. The Election Observation Missions (EUEOMs) state that election observations are a vital EU activity that aims to: promote democracy, human rights and rule of law worldwide, strengthen democratic institutions, build public confidence in electoral processes, reinforce peace-building, and help deter fraud, intimidation, and violence. An observation mission assesses all aspects of the electoral process including registration of voters and candidates, training of election staff, media coverage, the campaign and preparations for the election, and the appeal process of election results.

The EU has deployed observation missions to Uganda in 2006, 2011, and 2016. The 2016 EUEOMs Final Report highlighted several shortcomings in Uganda’s election practices. There were some positive notes, such as 2016 being the first time a presidential debate with all presidential candidates taking place and election day being generally calm and peaceful. Of most pressing concern was that the Electoral Commission (EC) lacked independence and transparency, the intimidation and harassment of opponents to the ruling party, and the curbing and violation of fundamental freedoms. There was a reported lack of transparency in the tallying and announcement of results.

The report also summarizes the elections as falling short of international stands in conducting democratic elections. State actors, such as the police, used excessive force such as tear gas and the presence of assault rifles to intimidate voters, candidates, and the media. Intimidation and harassment of the opposition parties and supporters also included detainment and arrest. Although the constitution grants citizens several rights and freedoms, the Public Order Management Act of 2013 allowed for state control through increased discretionary power to curb the freedom of expression, association, and assembly. These restrictions followed post-elections, where voices contesting the election were repressed, including the arrest of opposition members and even journalists. The Final Report included eleven priority and thirty overall recommendations to target all the electoral shortcomings and comply with domestic law and international standards.

In 2018, the EU sent an Election Follow-Up Mission to Uganda and found that their recommendations had been distributed to institutions of the state but there had been no progress on implementation. They found that the ruling party continued to dominate and that harassment and intimidation of the opposition worsened. In December of 2017, a divisive constitutional amendment was passed by the Parliament that removed the requirement that a president could be no less than 35 years in age and no more than 75 and reintroduced a limit of two terms in office for president that would only be applied prospectively. This meant that Museveni would be allowed to run for two additional terms. Non-governmental organizations (NGOs) who spoke up about the lack of inclusion in the amendment process had their offices raided by police, had staff arrested, and materials confiscated. Like in 2016, oppositional politicians and journalists were also detained.

In an email sent to Reuters, Attilio Pacifici, EU ambassador and head of the delegation to Uganda stated that “An EOM (election observer mission) will not be present in Uganda in 2021.” He further stated that the decision to not send an observer mission was based on the consideration of whether Uganda had made progress on the recommendations set by previous EUEOMs. As the report from 2018 found, the previous observer’s recommendations and concerns continue to be ignored.

In the January 2021 elections, incumbent Museveni will be challenged by the younger pop star and lawmaker Robert Kyagulanyi, more commonly known as Bobi Wine. Wine is considered to be the incumbent president’s closest competition. Reuters reports that Wine has complained of harassment and intimidation by security forces, including the day of his nomination, where he was briefly detained after police and military personnel broke his car windows and forcefully removed him. Ugandan civil society organizations had warned about the likelihood of increasing political violence leading up to the country’s 2021 general election. In a blog post on the Council of Foreign Relations website, they note that trust in the integrity of a free and fair election is in short supply. Ugandans have been experiencing a shrinking political space and increased harassment of political opposition, the blog post states this was the case even before the arrest and torture of Wine in 2018. It is further stated that in the past spring, the country faced the highest spike in violent disorder the country has faced in over a decade, with much of the violence being instances where the state targeted civilians.

While Uganda has not implemented the necessary changes, the lack of EU observers raises many concerns. As Chrispin Kaheru, a Kampala-based political analyst in Reuters is quoted, “What the EU observers do is to add an international flavour of scrutiny, that element will not be there in 2021.” The Daily Monitor quotes Frank Rusa, the country representative of the Netherlands Institute for Multiparty Democracy, “Observers are a critical part of an election. It is they who give an election credibility and credibility is what gives an election legitimacy…” While Elections observers may not in themselves deter complete electoral misconduct, it is clear that they do bring about a sense of accountability to the citizens and the international community. EUEOMs provide invaluable and detailed analysis of the electoral shortcomings found in Uganda and potential solutions as well. Uganda not implementing any of the recommendations should not deter the EU from employing a mission, after all, the 2016 EU mission was deployed even though almost no recommendations had been implemented during the two previous electoral cycles. According to the Daily Monitor, another reason observers will not be sent is due to a lack of an invitation from the authorities of Uganda. If that is the case, international actors such as the EU and the United States (U.S.) need to exert pressure on the country to allow observers.

Both the EU and the U.S. have a history of relations with Uganda. The official website of the EU states that the relations between the EU and Uganda are mainly based on aid to development and trade. The EU supports the country’s efforts to proceed with electoral reforms, defend human rights, promote democratic governance, and fight corruption through grants that fall under the theme of Good Governance. Additionally, the EU supports the Uganda government’s commitment to improving peace and security in the East Africa region. In trade relations, the EU remains Uganda’s main exporting market. The U.S. Department of State writes that U.S.-Uganda relations date back since Uganda’s independence in 1962, relations which were strained during the human rights abuses of several Ugandan governments. The Department of State further notes that Uganda has been a reliable partner to the U.S in promoting stability in East/Central Africa and in combating terror, particularly through its contribution to the African Union Mission battling extremists in Somalia. Additionally, the U.S. provides significant development and security assistance to Uganda, exceeding $970 million per year. Finally, the Department of State notes that Uganda also belongs to several international organizations such as the United Nations, the International Monetary Fund, the World Bank, and the World Trade Organization.

The overarching issue here is how international actors deal with authoritarian regimes. While it is the case that Uganda holds regular elections, Uganda is not a true republic with free and fair elections and protections of essential freedoms. Museveni has been in power for decades while eroding democratic institutions. A HuffPost article contributed by the Executive Vice President of Freedom House criticizes relations with authoritarian leaders, “U.S. relations with authoritarian regimes often focus on a trade-off between security and economic interest on the one hand and human rights and democracy on the other.” While only the U.S. is singled out, the same applies to other international actors who have the means to exert influence over authoritarian regimes. According to the author of the article, when these trade-offs are accepted, policymakers miss the opportunity to raise human rights issues and contribute to the expansion of democracy. The authors firmly believe that these relations should not be considered a zero-sum game and that history supports the idea that policymakers can raise human rights issues while pursuing security interests at the same time.

While Uganda’s political future seems uncertain, it is clear that its democratic institutions are weakening. International actors have the economic power and influence to steer Uganda from a further autocratic descent. Foreign aid and trade agreements should be made with more stringent requirements for human rights protections. One of the requirements for such aid and agreements should be allowing international organizations to monitor all elections and for the country to make progress upon recommendations made. Finally, reports made by observers should make clear and strong statements about any findings of misconduct without fearing they will affect policymakers’ trade-offs of security and economic interests.

Alina Duenas
Alina Duenas joined the OWP as a junior correspondent in late October of 2020. Alina pursued two degrees in Political Science, with a focus on Mass Political Behavior and the institutions of the United States criminal justice system. Alina’s main areas of interest revolve around identifying and seeking solutions for domestic and international political, social, and environmental inequities.
Before it’s here, it’s on The Organization for World Peace