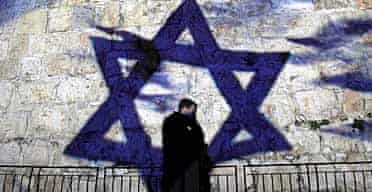 As part of the Guardian’s celebration of their 200th anniversary, they published an article titled “What we got wrong: the Guardian’s worst errors of judgment over 200 years“, May 7, by Randeep Ramesh, their chief leader writer.

The piece included, as examples of bad editorial judgment since the first edition of the publication, initially called the Manchester Guardian, May 5th 1821, a 1927 article that promoted the virtues of asbestos, an 1857 editorial praising English colonial rule over India, and the paper’s support, during that time, for the US Confederacy.

Here’s another one of their worst errors of judgement over the last 200 years (emphasis ours):

When Arthur Balfour, then Britain’s foreign secretary, promised 104 years ago to help establish a national home for the Jewish people in Palestine, his words changed the world. The Guardian of 1917 supported, celebrated and could even be said to have helped facilitate the Balfour declaration. Scott was a supporter of Zionism and this blinded him to Palestinian rights. In 1917 he wrote a leader on the day the Balfour declaration was announced, in which he dismissed any other claim to the Holy Land, saying: “The existing Arab population of Palestine is small and at a low stage of civilisation.”

Whatever else can be said, Israel today is not the

country the Guardian foresaw or would have wanted.

First, don’t not get bogged down – as some have – in the Guardian’s exaggeration of the role of the Balfour Declaration, and Britain more broadly, in the Israel’s establishment. That’s a valid point, but a relatively trivial matter in the context the fact that they’re literally apologising for their role in the creation of the Jewish state.  Like colonialism and slavery, Zionism, in their eyes, should be seen as a symbol of what all right-thinking people should oppose – and should have opposed in the first half of the 20th century, when the word referred to an aspiration, and not yet an actually existing state.

Put another way: If they knew then what they know today – including, one wonders, how many countless Jewish lives would have been saved from the extermination camps of Chelmno, Belzec, Sobibor, Treblinka, Majdanek and Auschwitz if the state had come into being a decade earlier – they would never have expressed support for or “wanted” the re-establishment of a Jewish homeland.

Though it would be tempting here to speak of the miraculous success of Israel; its role as a safe-haven for Jews around the world; its decidedly progressive political orientation (especially in comparison to its neighbors); its astonishing economic achievements and technological contributions, to do so would be to argue on their terms.  Because an Israel whose moral legitimacy depends on its utility, as judged by its accusers, isn’t much different than the precarious existence of Jews before 1948 – the equivalent of vassals whose freedom, and very lives, were dependent upon how well they managed to stay within the good graces of the powerful.

Zionism is a radical break from centuries of worrying about what the world want from Jews.  It’s about freedom, dignity and self-determination that Jews want for themselves and future generations.

It’s also interesting to note that the Guardian article apologising for its editorial sins included this, about their embrace of British imperialism:

[The Guardian] was also a proudly imperialist paper. When the Indian mutiny broke out in 1857…the leader column…that year thundered with racism that England must retain “unfaltering confidence in our right to rule over the native population by virtue of inherent superiority”.

And, in response to the ‘Jewish mutiny’, aka the establishment of a sovereign, confident and increasingly successful Jewish state, the Guardian continually thunders with unfaltering confidence in their right to judge and influence the native Jewish population by virtue of editors’ inherent moral superiority.

They’ve traded one racism for another: from imperialism to the socialism of fools.