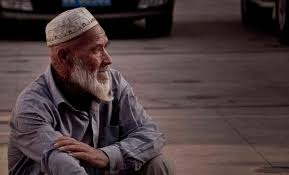 By Jason Reed and Jaya Pathak

The Chinese Communist Party is committing an appalling genocide against the Uighur Muslims. A recent report from the BBC revealed the nature of the systematic rape and torture that residents of Xinjiang are subject to. This is more than just a human rights violation – this is an attempted ethnic cleansing, accompanied by the most heinous violence.As we speak, more than 3 million Uighurs are being detained in concentration camps, with many subject to rape, forced labour, organ harvesting, torture, starvation and mass incarceration. The Chinese Communist Party is implementing a campaign of forced sterilisation, targeting at least 80% of Uighur women of childbearing age. It is also carrying out the removal of nearly 1 million children from their families. The children are being forcibly moved to state-controlled boarding schools where they are taught never to use their mother tongue and to abandon their religion.

The Chinese government shows no hint of repentance and no intention of stopping what it is doing any time soon.

While the nature of what the Chinese government is doing is clear-cut, the politics of how to respond is more complicated. Campaigners are currently on their third attempt to push through the so-called ‘genocide amendment’ to the trade bill, against sustained opposition  from the government. The result of this back-and-forth is that, in the government’s view, executive power over trade matters is safeguarded – but the Uighurs are no closer to safety.

Regardless of whether the government is opposed to the legislative route of confronting the Chinese Communist Party, it must take the humanitarian step of allowing victims of appalling violence and persecution to seek refuge in Britain by granting refugee status to the Uighurs.

Such a move would not be unprecedented. There is a strong patriotic tradition of Britain offering refuge to oppressed peoples throughout history. Take, for instance, the Kindertransport – a government mission to rescue thousands of endangered children from Nazi Germany, Austria, Czechoslovakia and Poland shortly before the start of the Second World War.

More recently, Britain created  a new visa scheme for British National Overseas (BNO) passport holders in Hong Kong, who have also been on the receiving end of some of the worst instincts of the dictatorial regime in Beijing. That system is now up and running  – it has already enjoyed considerable success, with Hong Kong residents signing up to it en masse. There is no compassionate reason why we should not now do the same – or more – for the Uighur Muslims.

Remarkably, no country has yet taken the step of offering a safe haven for Uighurs, apparently cowed into submission by Beijing’s soft power. Alongside its heinous domestic policy, the Chinese government is engaged in a concerted effort to expand its influence across Asia and Africa using, among other things, its homegrown covid vaccine. In the particularly disturbing case of Turkey, Chinese dissidents are reportedly being deported in exchange for extra vaccine doses.

Sentiment around extending an arm of friendship to the oppressed Uighur population is beginning to brew in some countries, but it remains in the very early stages and campaigners are having to push against the tide. In the US, president Biden has named the Uighurs as one of the groups set to be admitted under his new refugee program – but his recent comments, in which he appeared to dismiss China’s actions as ‘different cultural norms’, don’t exactly inspire hope.

We don’t have forever to pontificate over if and how we should act to help the Uighurs. The clock is ticking. With every day that passes without government action, more and more Uighurs are being detained, assaulted and oppressed.

There is a vacancy to lead an international coalition on this. The US is moving at a snail’s pace and the EU is too enthralled by trade relations with China to take any action. The British government should move to fill that gap, dispelling its newfound reputation for Beijing apologism and setting a humanitarian example for the rest of the world to follow by offering oppressed Uighurs a home in the UK.

Having traded with China for decades and contributed to its enormous wealth and power, we owe a debt to the victims of the Chinese government’s atrocities. We must offer them aid in their time of need.