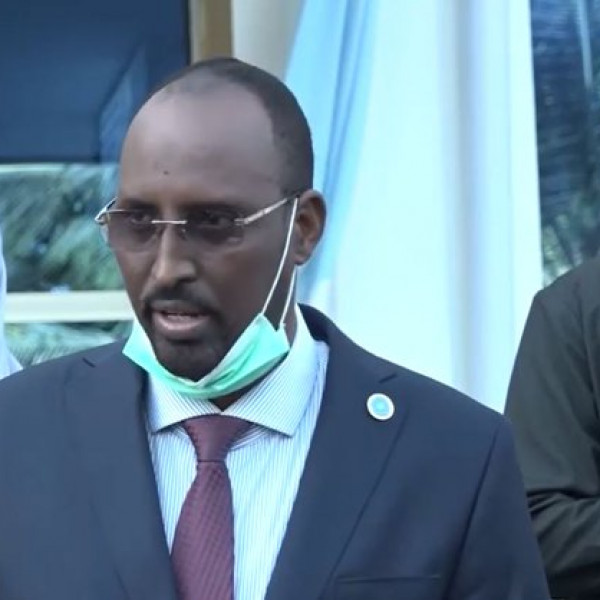 Mogadishu– The government on Tuesday banned protests in the capital Mogadishu due to rising COVID-19 cases and security threats in the  country.

“Any protests in Mogadishu, whether anti-government or pro-government, are illegal and will not be allowed,” Internal Security Minister Hassan Hundubey Jima’le said in a news conference in Mogadishu.

The announcement comes after the opposition presidential candidates, led by former President Sharif Sheikh Ahmed, said they will continue to hold protests and called a fresh anti-government rally on Friday.

“This is a political issue that needs political discussion. They are now dangerously using the public for the sake of a political agenda. This is dangerous and has to stop immediately,” Jawahir Mohamud Jama, chairperson of Banadir Women Organization, told Anadolu Agency over the phone.