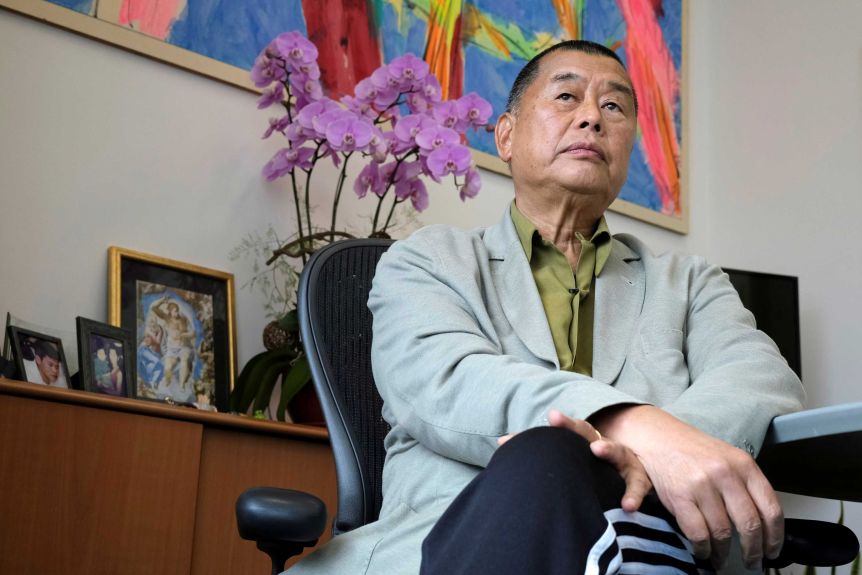 By arresting Hong Kong media mogul Jimmy Lai and launching a large scale raid of his newspaper offices, China’s Government delivered its clearest message yet that it won’t wait to target leading figures in the city’s beleaguered pro-democracy movement.

Just over a month since Beijing imposed a sweeping new national security law for Hong Kong that broadly outlaws many forms of dissent, officials dispatched police to strike their biggest target.

Jimmy Lai has been arrested before for various protest-related offences, but seeing him led away in handcuffs this time is different.

China’s Government now has a legal weapon to put him behind bars for life.

Police blocked other media from taking photos as hundreds of officers raided the newsroom of his newspaper, Apple Daily.

It confirmed the fears of many that the staunchly pro-protest, anti-Beijing media outlet was also in the firing line.

Hong Kong police said Mr Lai and one of his sons were detained on suspicion of violating one of the crimes in the new law: colluding with foreign forces. Mr Lai also faces incitement charges. Along with a second son and several media executives from his company, he is facing fraud allegations relating to misuse of an office space, according to local reports.

The wording of the national security law is broad. So while it’s not clear what exactly Mr Lai is alleged to have done, he last year met US Vice-President Mike Pence and US Secretary of State Mike Pompeo during a visit to Washington.

He’s long publicly called for US diplomatic support for Hong Kong’s pro-democracy movement and was accused by China’s Government of colluding with the CIA during the protests last year —an allegation Mr Lai rejected.