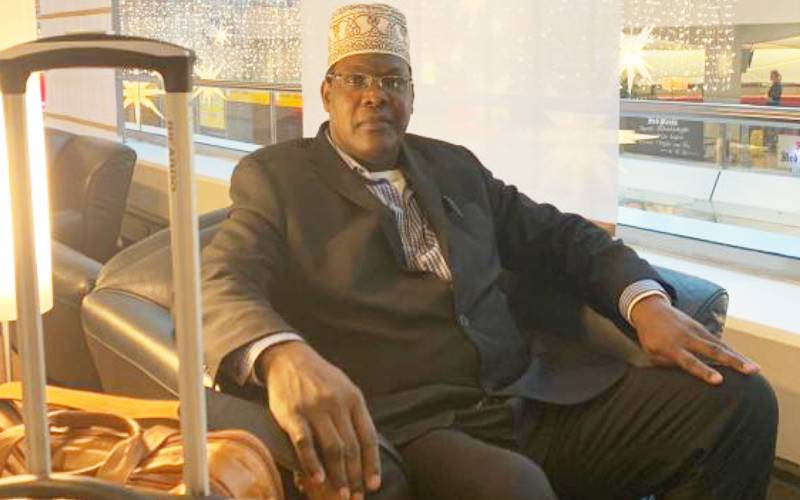 awyer Miguna Miguna (pictured) will arrive in Nairobi Wednesday morning. Accordning to his Tweet, he is expected to land at the Jomo Kenyatta International Airport at 9.45am. “Freedom must come through the fearless the pursuit of truth and justice. See you in Nairobi,” he said.

Miguna on Tuesday revealed he was due to fly to Kenya but the government had not withdrawn a red alert that barred Lufthansa from transporting him to Kenya or any other African country.

Miguna further added that he was still at an airport in Berlin but was exploring options on how he would travel to Kenya. In an early morning interview with Hot 96’s Jeff Koinange, Miguna said the red alert referred to him as a Canadian and not a Kenyan.

For More of This and Other Stories, Grab Your Copy of the Standard Newspaper.

Miguna was deported in February 2018, days after his detention for his role in the mock swearing-in of Opposition leader Raila Odinga on January 30 that year. He unsuccessfully tried to return to the country on March 26, 2018.

The government has said the exiled lawyer is free to return to the country. In a statement from Immigration Services Director General Alexander Muteshi, the State confirmed compliance with court orders issued on December 14, 2018, granting him entry. “This is to confirm that in compliance with the court orders issued on December 14, 2018, the Directorate will facilitate Dr Miguna’s entry into the country,” reads part of Mr Muteshi’s statement. The statement came as the High Court ordered the department to facilitate Miguna’s entry. Miguna’s Kenyan passport No A116842 had been perforated when it was delivered in court last year.

However, the orders will enable him to get cleared without a requirement of a new passport, as he had also sought to be allowed to use his identification card as an entry document. On Monday, the lawyer said, “I’m not asking for any special treatment. I have never sought so-called “red carpet” treatment. I want and demand all my rights and fundamental freedoms to be respected. I want my valid Kenyan passport back. I want court orders to be obeyed and complied with. I must enter Kenya unconditionally as a Kenyan.”

Ethiopian Army Official: Country Will Defend Itself Over Dam