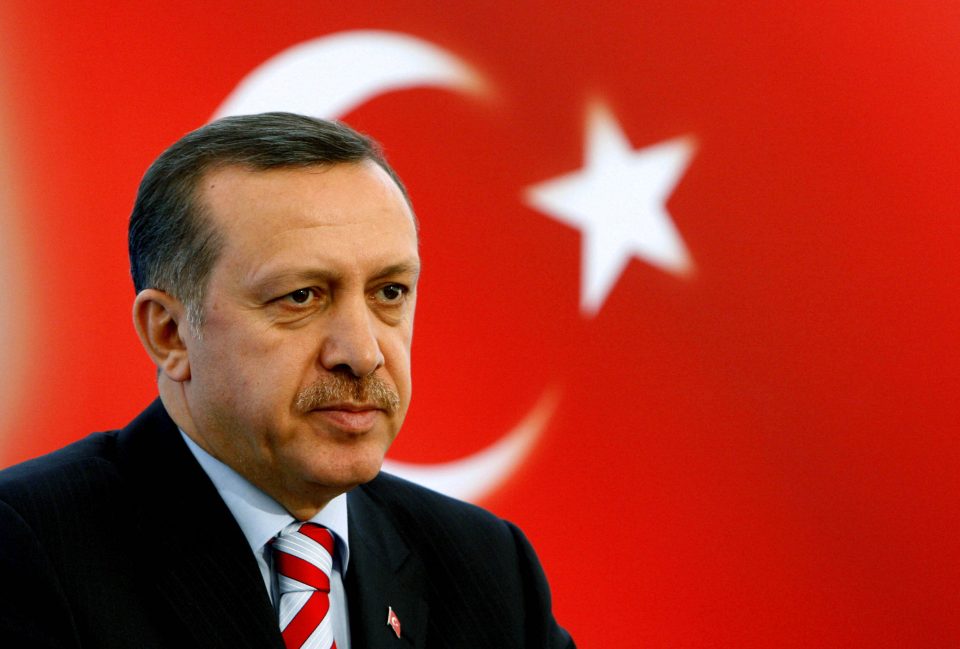 Turkish President Recep Tayyip Erdogan didn’t mince his words at this month’s opening of parliament. In his first assertion of a claim to a lost non-Turkic part of the Ottoman empire, Mr. Erdogan declared that Jerusalem is Turkish.

“In this city, which we had to leave in tears during the First World War, it is still possible to come across traces of the Ottoman resistance. So Jerusalem is our city, a city from us,” Mr. Erdogan said.

He went on to say that “the current appearance of the Old City, which is the heart of Jerusalem, was built by Suleiman the Magnificent, with its walls, bazaar, and many buildings. Our ancestors showed their respect for centuries by keeping this city in high esteem.”

Mr. Erdogan was referring to the 16th century Ottoman sultan, a sponsor of monumental architectural development, who is widely viewed as having protected his Jewish subjects.

In July, Mr. Erdogan described that month’s return of Hagia Sophia in Istanbul, a sixth century Orthodox-church-turned-mosque-turned-museum, to the status of a Muslim house of worship as paving the way for the “liberation” of Jerusalem’s Al-Aqsa mosque, Islam’s third holiest site.

Mr. Erdogan’s office released a month later a four-minute video clip suggesting that Turkey’s quest for leadership of the Islamic world was as much a military and nationalist endeavor as it was a religious drive. Laced with martial music, the clip meshed religious and Ottoman symbolism. Entitled Golden Apple, the clip ended with a panorama view of Al-Aqsa.

The president, who embeds his often raw nationalism in a religious mantle, can have no illusion that Jerusalem would return to Turkish rule.

Yet, by putting forward his claim, Mr. Erdogan hopes to put his quest for leadership of the Muslim world on par with that of one Turkey’s staunchest rivals, Saudi Arabia. The kingdom is home to Islam’s two most sacred cities, Mecca and Medina.

Rather than seeking to regain lost Ottoman territory, Mr. Erdogan is staking a claim to custodianship of Jerusalem’s Haram ash-Sharif or Temple Mount and Al Aqsa mosque compound that currently rests with a Jordanian-controlled religious endowment known as the Waqf.

The president escalated his rhetoric at a moment that the Palestine Authority has reached out to Turkey as well as Qatar in the wake of the normalization of relations between Israel, the United Arab Emirates and Bahrain and a series of statements by prominent Saudi and other Gulf leaders taking President Mahmoud Abbas’ administration to task for squandering opportunities for peace with the Jewish state.

Mr. Erdogan’s claim adds to Jordan’s worries that Israel, in the wake of the formalization of its ties to Gulf states, could support Saudi ambitions to join the Hashemite kingdom, if not replace it, as the holy site’s administrator.

Israel Hayom, Israel’s most widely read newspaper that is supportive of Prime Minister Binyamin Netanyahu, quoted an unidentified Arab diplomat as saying that Saudi funds were needed to counter Turkish influence in Jerusalem.

“If the Jordanians allow the Turks to operate unhindered at the Al-Aqsa Mosque compound, within a matter of years their special status in charge of the Waqf and Muslim holy sites would be relegated to being strictly ‘on paper,’” the diplomat was quoted as saying in June.

Raed Daana, a former director of preaching and guidance at the Al-Aqsa Mosque Directorate, said in 2018, in the wake of US President Donald J. Trump’s recognition of Jerusalem as Israel’s capital, that Saudi Arabia had secretly invited Palestinian Muslim dignitaries in a bid to garner support for a Saudi role in the Waqf.

Mr. Daana attributed the secrecy in part to a refusal to accept the invitation by a number of Palestinian religious figures.

Jordan last year increased the number of members of the Waqf from 11 to 18 in a bid to give it a more a more Muslim rather than exclusively Jordanian flavour and to fend off attempts by regional powers to muscle their way into the body.

The new members included officials of Palestinian President Mahmoud Abbas’ Palestine Authority as well as figures with links to Turkey and Gulf states like Sheikh Ekrima Sabri, a former grand mufti of Jerusalem and Holocaust denier who has defended Mr. Erdogan’s militancy regarding Jerusalem; and Mr. Sabri’s successor, Muhammad Hussein, who had close ties to the United Arab Emirates until he last month barred Emiratis from visiting Al Aqsa in protest against the UAE’s recognition of Israel.

Mr. Erdogan has in recent years been laying the groundwork for his claim with millions of dollars in donations to local Islamic organizations as well as Turkish religious activists and pilgrims in Jerusalem whom Israel has accused of instigating Palestinian protests.

Turkey’s Directorate General for Religious Affairs (Diyanet), that is part of Mr. Erdogan’s office, lists Al-Aqsa as a site for the umrah, the lesser Muslim pilgrimage.

Israeli sources say Turkey’s cultural center in Jerusalem as well as a Turkish renovated coffeeshop two minutes from the city’s Western Wall that is adorned with Turkish and Palestinians flags as well as portraits of Mr. Erdogan and Ottoman Sultan Abdul Hamid II serve as a meeting point for activists and pilgrims.

“Turkey is working diligently to deepen its involvement and influence on the Temple Mount, in the Old City of Jerusalem, and in east Jerusalem neighbourhoods. It is encouraging welfare-religious (dawa) activities…aimed at drawing the Palestinian public toward the Turkish-Islamic heritage and at weakening Israel’s hold on the Old City and east Jerusalem,” said conservative Israeli journalist and analyst Nadav Shragai.

Dr. James M. Dorsey is an award-winning journalist and a senior fellow at Nanyang Technological University’s S. Rajaratnam School of International Studies in Singapore. He is also a senior research fellow at the National University of Singapore’s Middle East Institute and co-director of the University of Wuerzburg’s Institute of Fan Culture in Germany.

Before it’s here, it’s on The Turbulent World of Middle East Soccer