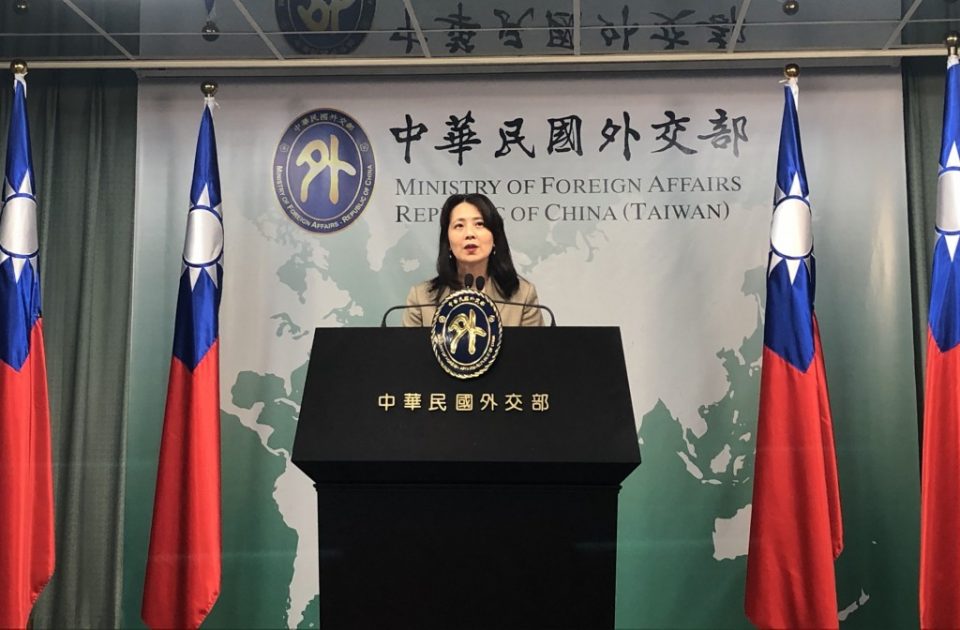 TAIPEI (Taiwan News) — Taiwan’s Ministry of Foreign Affairs (MOFA) has hit back at China, which criticized Taiwan for enhancing its ties with the self-governing African territory of Somaliland through the establishment of reciprocal representative offices and appointment of government envoys.

“The Taiwanese government and people have sought to develop a cooperative relationship with every country that values democracy and peace,” said MOFA Spokesperson Joanne Ou (歐江安) at a press briefing on Tuesday morning (July 7). She added that the country does not need China to make a fuss about its affairs.

Ou said the ministry condemns Beijing for attempting to undermine Taiwan’s sovereignty. “Taiwan is Taiwan. The country is not part of the People’s Republic of China, and the Chinese government has never ruled Taiwan for a single day,” she added.

The comments came after Chinese foreign ministry spokesperson Zhao Lijian (趙立堅) claimed on Monday (July 6) that the Taiwanese authorities were “plotting separatist activities” and that the ruling Democratic Progressive Party is seeking the wrong doctor for its pressing illness.

Zhao further stated that China “would like to commend” the government of Somalia, which has “reaffirmed its commitment to the ‘one-China principle’ and condemned Taiwan for violating Somalia’s sovereignty and territorial integrity,” according to the ministry’s transcription of the press briefing. Beijing firmly opposes the Taiwanese authorities and their Somaliland counterparts setting up representative offices in one another’s areas and having any form of official contact, Zhao added.

Taiwan and Somaliland have pledged to enhance ties with the establishment of the representative offices headed by ambassadors. During a press conference in early July, Taiwan’s Foreign Minister Joseph Wu (吳釗燮) said negotiations between the two sides had lasted for months and that a bilateral treaty had been signed in February in Taipei.

The announcement has prompted criticism from the president of Somalia, Mohamed Abdullahi Farmaajo, who met with the Chinese ambassador to Somalia, Qin Jian, a few days after Wu’s press conference. “H.E. President Farmaajo reiterated that Somalia respects [the] ‘One-China Policy’, whilst, on the other hand, denounced Taiwan’s violation of the Sovereignty and Territorial Integrity of Somalia,” the president said via a statement.