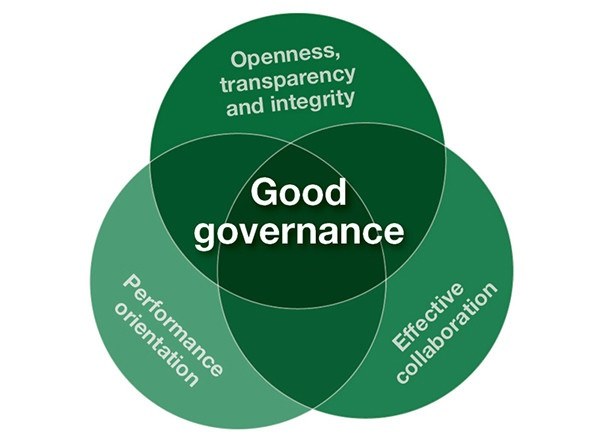 Nasir Sofe in an article published on WardheerNews, has lamented that Somalis have not been able to effectively run their country. He has attributed the poor management of the nation’s affairs to lack of continuity where top officials lose their jobs so quickly. He has mentioned quite a few prime ministers, ministers, and members of parliament who have failed to secure long tenure in the public service.

Mr. Sofe has said that the first president of the Republic, Aden Abdulle Osman, fired his prime minister, Abdirashid Ali Sharmarke, after being in government for four years alongside each other. These men had been together in the struggle for independence. They had seen firsthand and endured the cruelty and enmity of the colonial masters. They had determined to remove the colonizers from their motherland, and, by doing so, they had put their lives at peril. The fact that they had enjoyed each other’s friendship, closeness, and camaraderie during and after the struggle had not saved the day when they had faced the political reality. They had set the trend and ever since all the leaders have followed suit.

Sofe’s argument has some merit. However, it does not sufficiently explain or demystify the inability of successive Somali governments to satisfactorily serve the public. There may be many factors that can hamper the government’s efforts to perform efficiently. Lack of resources, corruption, nepotism, lack of accountability, and so on, could be the main vices responsible for poor service delivery as well as failure to maintain law and order, and create an environment where job and business opportunities would be available. Nevertheless, absence of strong public institutions is the key here. A well-trained, well-organized, knowledgeable, dedicated, and patriotic workforce is crucial for running daily government operations. These people have to be nonpartisan and apolitical. They must have the confidence, ability, and tools necessary for carrying out their duties. They must be free from interference and discharge their responsibilities without fear or favor. In a nutshell, they should be motivated, driven, and interested in making a difference in people’s lives. These institutions employ technocrats with considerable expertise and technical capabilities in many different fields. They craft, study, and analyze plans and strategies based on the nation’s needs, aspirations, vision, etc. Then, they present to the top leadership, which blesses those blueprints while reserving the right to accept, reject, or amend according to its taste or political leaning.

The contemporary history of South Korea and Taiwan may explain how solid, strong institutions guide their nations during turbulent, political situations to minimize the impact from the political infighting and animosity. Many governments in those countries did not stay in power for a year before being replaced by another. Yet, these nations have kept on progressing and flourishing to a degree that was unimaginable 80 or 70 years ago. Today, their people enjoy the best of everything in the world by any measure regarding quality of life. Even in old European democracies, governments come and go with no significant impact on those countries economically, socially, or politically because strong, dedicated institutions lead the charge.

Furthermore, the general public should also be concerned with the ways its country is governed and the direction it may be heading to. Politically conscious and organized citizenry can play a major role in governing their country. Professional organizations, religious establishments, charitable entities, watchdogs, think tanks and the youth should contribute to and fully participate in managing their country’s affairs. These groups should operate outside the government control and influence to be effective. The citizen-driven organizations not only augment or complement the services provided by the government, but they also ensure that checks and balances are in place by holding government to account. So, we Somalis should worry about building strong public and private institutions, and not the departure of a prime minister or a member of parliament.

Many Somalis showed concern and at times total outrage and dismay when former prime ministers got fired and, paradoxically, we now express great displeasure at the fact that Mohamed Abdullahi Mohamed, also known as Farmajo, and Hassan Ali Khayre have had the ability to work together and accomplish many good things. We regularly make comments on social media, write articles, and take to the airwaves with views and opinions critical of these gentlemen simply because they get along with each other and serve the nations.

On a final note, Nasir Sofe has weighed in the ongoing presidential campaign in Jubbaland, suggesting that the incumbent, Mr. Ahmed Madobe, should be given another term to lead the state. This may sound naïve. However, I believe that Sofe has said this in good faith. Considering the volatile situation there, the clan chauvinism and unreasonable behavior displayed by some Somali contenders during elections, this may seem a viable option. Sofe may be concerned, and rightly so, with political bickering that may result in the formation of opposing armed groups. Such a reality, Allah forbid, will be a major setback to our efforts of rebuilding our country and moving it forward. Ahmed Madobe has been in charge of Jubbaland, enjoying absolute power in the last eight years without accomplishing anything meaningful.

Therefore, to the surprise of many Somalis, Wardheernews.com has joined the fray in an attempt to make the rousing chorus for Madobe louder and bigger. The website in an editorial has attempted to portray Madobe as charismatic and patriotic leader capable of steering Jubbaland through the political uncertainty. It has not offered a single example where Madobe has achieved any success. Wardheernews claims that it is committed to and adheres to the highest standards of journalism – truth, fairness, integrity, honesty, and so on. However, the website goes above and beyond to buttress a warlord who has played a major role in creating and perpetuating the dire circumstances we are in today. Contrary to the website’s assertion, Madobe’s behavior, attitude, and accomplishments are nothing more than that of a failed leader. He has failed to drive Al-Shabaab out of his state, cut any deal with the federal government, or create an environment where all clans there feel safe, respected, and treated fairly. Madobe is resorting to desperate measures to hang onto power at any cost. Now, he put in place so-called election laws that bar many patriotic, qualified Somalis from vying for office and competing for state leadership. This is his true dictatorial character. He lacks leadership qualities demanded by the current situation in Jubbaland, so any preference over the others given to him will be misguided.