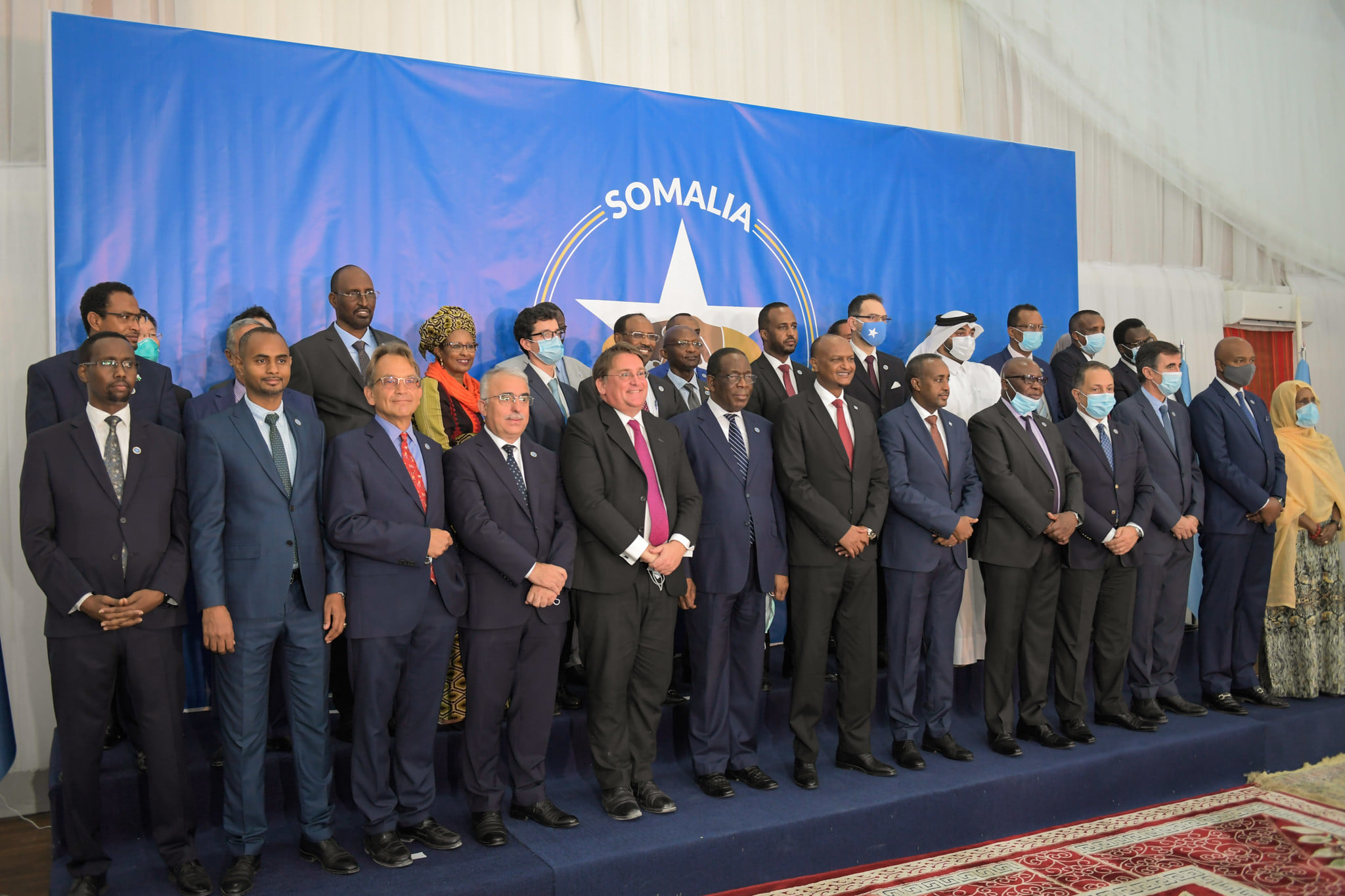 Somalia’s international partners said late Tuesday they are deeply concerned over the continuing impasse in implementing the electoral model agreed on Sept. 17 last year by President Mohamed Abdullahi Mohamed and the leaders of all states except Somaliland.

“We urge Somalia’s top political stakeholders to demonstrate leadership in the interest of the nation and to quickly resolve outstanding issues of implementation through dialogue and compromise so that a credible electoral process can proceed as soon as possible,” said a statement issued by the international partners.

The partners also urged Somalia’s leaders to respect and fully implement the 30% women’s quota in the upcoming parliament as leaders agreed last September.

Any threat or use of violence is not acceptable, the statement added

They called for free and open political space in which candidates are able to express their views peacefully and the media is able to operate without restrictions.

Somali Prime Minister Mohamed Hussein Roble announced Saturday that his government had decided to move forward with the implementation of the elections so as not to waste any more time after he met three regional leaders.

Saed Abullahi Deni, president of Somalia’s semi-autonomous Puntland region, and Jubaland State leader Ahmed Mohamed Islam were not present in the latest meetings on the elections.

Somali opposition presidential candidates rejected the latest move by the central government and said that any unilateral decision about the election is not acceptable.