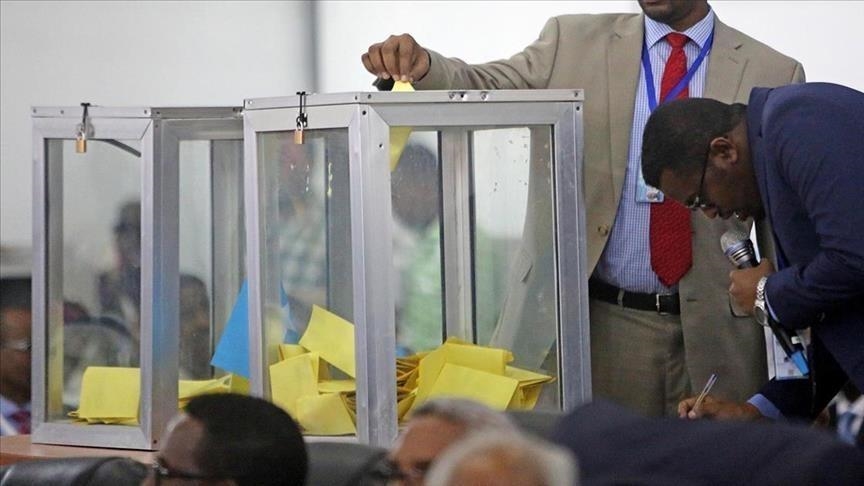 At the end of a tough electoral process marked by intensified violence, Somalia has a new president.

President Hassan Sheikh Mohamud wasn’t elected in a free and universal “one person, one vote” election, as stipulated in the provisional constitution of 2012. Instead, he emerged winner from a clan-specific selection process unique to Somalia.

The 275 members of the House of People and the 54 senators of the upper house were each chosen by 101 elders and representatives of their clans. The members of both chambers then jointly elected the president.

As strange as this electoral process may seem in the eyes of some foreign observers – it worked. With the country on the brink of civil war, it was the traditional structures of society – the elders and the political leaders of the clans – who prevented it from drifting into old dictatorial structures.

Support journalism that you can trust

These traditional players have kept the country in a balance of power that had been shaken by a politicisation of state infrastructure. They have proven themselves as social forces. They have elected a man who is a modern traditionalist against an aggressive nationalist.

As for Somalia’s future, the most important insight is that the 2012 provisional constitution has, in large part, failed. The electoral process chosen in the end flouted what was set out in it. It contributed hardly anything to the success of the electoral process apart from the number of members in the House of People and the Senate, as well as the rules for the presidential election of both houses.

The test will be how to marry the social power of the clan system with a democratic future. This will require ensuring that Somalia’s social realities are incorporated into the internationally-backed constitution. For instance, neither clans nor the traditional law “Xeer”, two of the decisive factors in this election, are captured in the constitution in terms of their social significance.

Constitutional reform would also have to question some Western values built into the current draft, a subject I am researching for my PhD. These include the idea of a strong state, as it prevails in Germany, for example.

In addition, to prevent the danger of new violent conflicts in the next elections, it is already necessary to create a socially recognised and accepted electoral system. In particular, one that is free of the current high levels of corruption.

How the intricate election works

The distribution of parliamentary seats among the many different clans – the so-called 4.5 system – was agreed on more than 20 years ago after many peace and reconciliation conferences. The formula says that of the 275 seats in parliament:

The first major change for this election was an increase in the number of delegates. These rose from 51 to 101. The aim was to confer greater legitimacy to the electoral process. According to this, there were theoretically 33,229 eligible voters in the 2022 election, in a country of 12 million to 15 million inhabitants.

A combination of the changes in the number of delegates and the consequences of this in the funding of seats made this the most expensive election ever held in the country.

It also didn’t overcome the issue of corruption, particularly given the massive foreign interests in the poll. Numerous candidates were able to rely on financial support from abroad, especially from the Arab world, in their campaigns.

The election differed from previous polls in another way too. The presidents of the federal states appeared as political actors in the election process for the first time. This followed the introduction of federalism until 2016 (apart from Puntland, which had already existed since 1998).

They also had the important role of supervising the selection of the 101 delegates in each case and ensuring the implementation of the election agreement of 17 September 2020.

This resulted in a more complex set of interests than ever before.

Rather, Somalia should rely on a system in which state action only sets in when existing social regulations do not achieve satisfactory solutions. This is internationally understood as the principle of subsidiarity.

For Somalia, that could mean that only where traditional sources of law and conflict resolution mechanisms do not offer (human rights-compliant) results should the state become active. This ‘gap-filling state’ would offer another source of legitimacy – democracy – in addition to tradition and religion.

It is a principle relied on between states that form the European Union. For example, the EU may only step in if the measures cannot be sufficiently achieved at member state level. A good example from the recent past is, the supply of vaccines during the COVID pandemic. While large member states like Germany would certainly have had fewer problems with the supply, the task was shifted to the European level so that vaccine supply was also possible for smaller countries like Malta or Greece at the same level.

This territorial-hierarchical approach to the relationship of certain political levels to each other can apply in Somalia’s context. This means that one would have to transfer the idea of subsidiarity between (artificially created) political levels to socially existing social forces.

However, this approach would need to assert itself socially and gain trust.

Somalia could adopt a system in which rights and duties are based on clan affiliation rather than place of residence. A member of a particular clan could then only have a say within his clan, regardless of his place of residence. This could apply to the entire legal system, but also to elections.

This idea of ethnic federalism is not new. In other regions of Africa, such as Nigeria or Ethiopia, attempts are also being made to create self-regulation through comparable points of reference link.

For many this approach would violate the Western idea of state-building. The solution for Somalia lies somewhere in the middle. Finding this middle is the great challenge for the constitutional review announced by the new president.

Hundreds of thousands of people followed the individual election steps in the livestreams. In my view this shows that the very young Somali society has great democratic potential.

Prolonging The US’ Forever War: Biden’s Decision To Deploy Troops To Somalia

Africa, the Collateral Victim of a Distant Conflict:

Getting It Wrong in Ethiopia’s Tigray