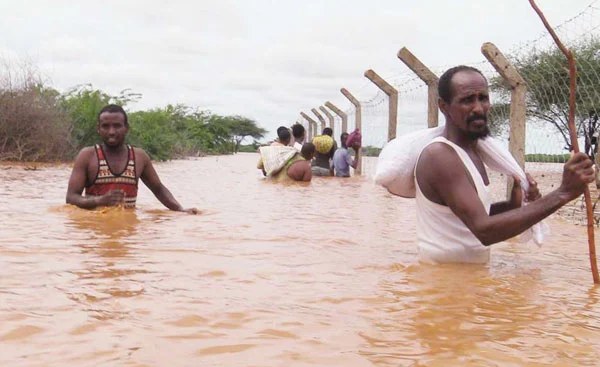 “Funding from the SHF will enable aid organizations to scale up and sustain life-saving assistance to the most vulnerable flood-affected communities in the worst-affected areas in the country,” he said in a statement issued in Mogadishu. Over 150,000 Somalians fled homes since June due to flooding: UN

SHF is a multi-donor country-based pooled mechanism created in 2010 to allocate funding for the most urgent life-saving interventions in Somalia.

“As the Deyr season persists, continuous donor funding will be needed to boost humanitarian operations and support recovery across Somalia,” Abdelmoula said

He said the funds will also support the Logistics Cluster to ensure timely delivery of essential humanitarian goods and personnel in hard-to-reach and underserved areas.

According to the Food and Agriculture Organization of the United Nations (FAO), more than 650,000 Somalis had been forced to flee their homes since January due to flash and riverine flooding across Somalia.

Abdelmoula said vulnerable communities due to persistent climatic shocks, locust infestation and the COVID-19 pandemic, are already facing severe food and water scarcity and are at risk of deadly communicable diseases such as cholera outbreak and acute watery diarrhea (AWD).

“With limited resources and funding, the humanitarian agencies in Somalia are overstretched and in need of urgent support to provide timely and deliberate response,” he added.

According to the UN, the 2020 Deyr rainy season has started with moderate to significantly heavy rains reported in Puntland and central regions of Hiraan, Bakool, Galgaduud, Mudug, Nugaal and southern areas of Sool region.

It said the communities living in the riverine areas along Juba and Shabelle rivers are at high risk of flooding as heavy rains are expected to continue in November and December.