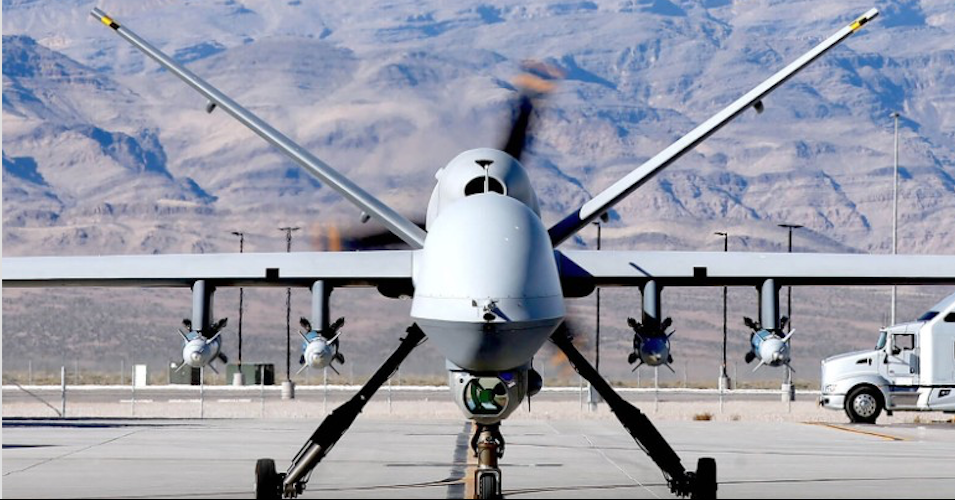 AFRICOM acknowledges 46 bombings of claimed militant targets this year, while critics warn that harm to innocent civilians continues to fuel the very terrorism such strikes are purportedly meant to destroy.

The latest statement by U.S. Africa Command acknowledges the military carried out dozens of airstrikes in Somalia targeting al-Shaabab militants, but it only mentions civilian casualties caused by enemy attacks, prompting critics to warn of the dire consequences of harming innocent people.

AFRICOM said in a statement on August 28 that it has conducted 46 “precision airstrikes” to “degrade the al-Shaabab terrorist network.”

“They have engaged in a series of violent acts with no regard for the Laws of Armed Conflict, to include previously attacking a hospital, and deliberately seeking to place civilians in harm’s way using protected structures, such as mosques, for military and offensive fighting purposes,” the colonel continued.

Karns added that “al-Shabaab routinely attacks Somali citizens… and relies on misinformation and lies, and… continues to put out false information.”

However, critics accused the U.S. military of doing the same thing under the guise of fighting terrorism, and of failing to adequately investigate civilian deaths and injuries while allowing its forces to harm innocent men, women, and children with impunity.

The U.S. has carried out at least 200 drone strikes and an indeterminate number of other aerial bombardments of Somalia since 2004, according to the London-based Bureau of Investigative Journalism.

According to the U.K.-based monitor group Airwars, at least 71 and as many as 139 Somali civilians have been killed by U.S. drones and warplanes since 2007.

In late July, Amnesty International said the U.S. has “carried out at least 189 airstrikes in Somalia since 2017,” and that in just nine of these attacks, “21 civilians were killed and 11 others were injured.”

“Not only does AFRICOM utterly fail in its mission to report civilian casualties in Somalia, it doesn’t seem to care about the fate of the numerous families its has completely torn apart.”
—Deprose Muchena, Amnesty International

“Not only does AFRICOM utterly fail at its mission to report civilian casualties in Somalia, it doesn’t seem to care about the fate of the numerous families it has completely torn apart,” Deprose Muchena, Amnesty International’s director for East and Southern Africa, said after AFRICOM’s last quarterly report on civilian casualties was released on July 28. It claimed U.S. responsibility for the death of just one civilian—a woman from Jilib who was killed in a February 2 strike.

“We’ve documented case after case in the USA’s escalating air war on Somalia where AFRICOM thinks it can simply smear its civilian victims as ‘terrorists,’ no questions asked,” Muchena added. “This is unconscionable.”

That is exactly what observers say happened after a U.S. strike near Jilib the day after the Amnesty report’s release.

AFRICOM dismissed the reports as mere “allegations,” while claiming that “one terrorist” was killed and promising to investigate the incident. As it always does after such incidents, the U.S. military also insisted that it “takes all feasible precautions to minimize risk to civilians.”

President Donald Trump has fulfilled his campaign promise to “bomb the shit out of” Islamist militants and “take out their families,” a war crime under the Geneva Conventions. The president has also loosened rules of engagement meant to protect civilians in Somalia and elsewhere from harm caused by U.S. bombing.

Additionally, Trump signed an executive order in 2019 revoking an Obama-era requirement that the Director of National Intelligence publish an annual report on civilian casualties occurring “outside of war zones” in countries that are nevertheless under U.S. attack, including Somalia, Yemen, Pakistan, and Libya.

The result was that civilian casualties increased dramatically in most of the half dozen countries under U.S. attack during the first years of the Trump administration. The U.S. corporate media have mostly ignored the death and destruction, including the killing of thousands of civilians in 2017 and 2018 as coalition forces laid waste to entire cities including Mosul, Iraq and Raqqa, Syria while finishing the war against Islamic State militants started during the Obama administration.

As is the case in other countries subjected to U.S. bombing, critics have warned that such attacks could have the opposite effect of decreasing terrorism.

“[U.S. strikes] only manage to spawn more resistance, more determination on the part of the militants and their support base on the ground,” Edwin Haroldson wrote in SomTribune in response to the latest AFRICOM report. “The more civilian casualties, the more inured to promises of quick salvation people become, more often than not leading the young to join al-Shabaab’s ranks.”

While it is impossible to say precisely how many civilians have been killed by U.S. bombs and bullets over the course of the so-called “war on terrorism,” now in its 19th year. Human rights monitor groups have estimated that anywhere from several hundred thousand to over a million people have died since 2001. Since waging nuclear war against Japan in August 1945 the United States has killed more foreign civilians than any other armed force in the world, by far.

In June, Common Dreams reported in a worldwide exclusive that Sen. Elizabeth Warren (D-Mass.) and Rep. Ro Khanna (D-Calif.) introduced a bill meant to improve the reporting, investigation, and, ultimately, the prevention of civilian casualties. While introducing the legislation, Warren called the protection of innocent life a “moral and ethical imperative” as well as a “national security priority.”