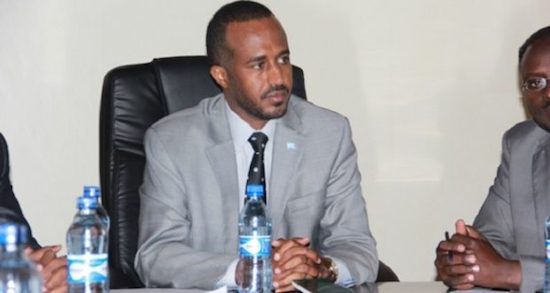 Somalia rejected what it called as unreasonable deadlines imposed by UN agencies for the country to adopt development aid plans from the global organization.

In a letter to the Office of the Representative of the UN Secretary-general to Somalia, Somalia’s Planning, Investment and Economic Development Minister accused the UN of being inconsiderate in rushing his country to adopt a development document in a short time despite having low capacity.

“Our, ministry, just like other MDAs (Ministries, Departments and Agencies), across the different layers of government, does not have sufficient human resources commensurate with the demands of its mandate”. The minister wrote a letter on Sunday addressed to deputy Secretary-general’s Representative to Somalia, Adam Abdelmoula

“Therefore, it is unfortunate that such considerations were not made on your part to provide ample time for the necessary consultations and deliberations on this matter.”

Somalia is protesting the tight schedule imposed by the UN to adopt the UN Sustainable Development Cooperation Framework (UNSDCF), a document passed last year by the UN General Assembly to guide development partnerships with member states.

Somalia, however, says rushing the localization of the policy may mean violating Mogadishu’s own National Development Plan, a policy launched in January this year to guide the country’s trajectory.

Mr Hassan was categorical Somalia will not complete the review of the documents that determine how the UNSDCF will be run, on time because they were only received two weeks ago.

Rushing the implementation, he argued, would keep Somalia continually as an aid-dependent country, despite efforts to wean it from donors. Mogadishu says it will not implement or even take on board any of the UN plans unless stakeholders, such as federal governments have been consulted.

“This will be impossible to achieve if UN agencies continue practices which prioritize their own capacity building over the country’s capacity.

“We urge the UN agencies act in accordance with their own findings, consider our multifaceted challenges and allocate sufficient time for government processes of deliberation and review for the endorsement of any document or request”