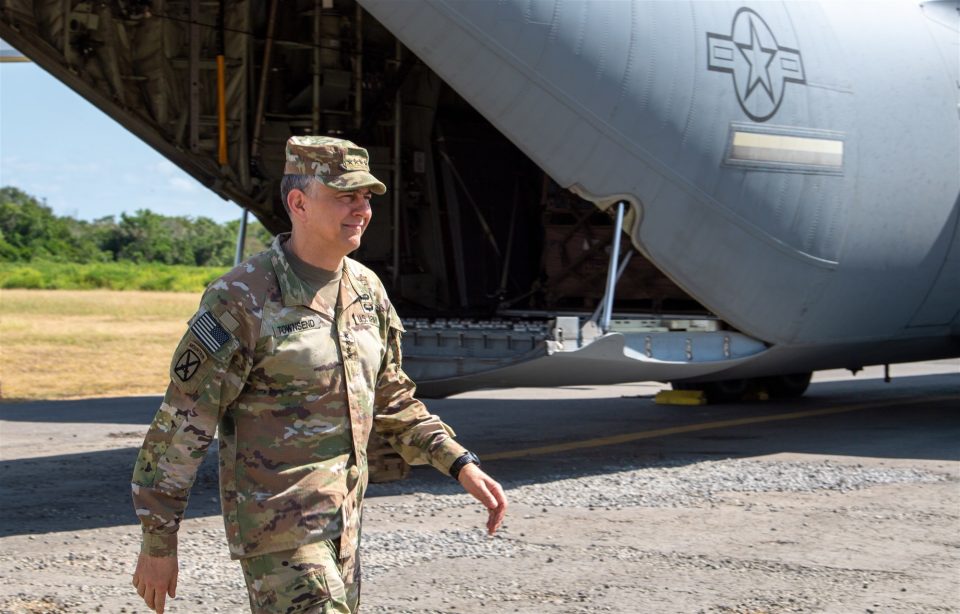 This is a press statement released by AFRICOM below verbatim

In Kenya, Townsend surveyed the progress of recent security developments at Manda Bay and met with U.S. service members to gain a firsthand account of the attack by the al-Shabaab terrorist network last month. Al-Shabaab is the most kinetically active al-Qaida-affiliate worldwide. While in Kenya, Townsend thanked the U.S. service members present for their service and highlighted the value of their work alongside our Kenyan partners.

“U.S. Africa Command works closely with the Kenyan Defense Force and shares a strong relationship. Kenya’s security contributions help contain the spread of al-Shabaab. Together, we truly understand the danger al-Shabaab poses and why it is important to pursue them,” said Townsend. “Kenya’s extended contributions and commitment to the African Union Mission in Somalia not only reflect their dedication to their own defense, but to the collective defense of their neighbors as well.”

“I commended Jubaland President Madobe for coordinated operations by the Jubaland Security Force, Danab, and Somali National Army that have struck at al-Shabaab in the Juba River Valley,” said Yamamoto. “These operations are a model of cooperation between the national government and effective state security forces that the United States seeks to support throughout Somalia. We call on the Federal Government and all Member States to work constructively together to fight our common enemy al-Shabaab”

Townsend’s trip highlights the importance of strengthening longstanding military relationships and building enhanced interoperability between the U.S. military and our East African partners to address malign activity and threats on the continent. It also serves as a reminder of what separates the U.S. from other global powers and the existing competition for partnership in Africa.

“China and Russia do very little to help Africans combat the brutal terrorist networks plaguing them,” said Townsend. “Conversely, U.S. training, equipment and advice directly support our African partners, including Kenya and Somalia, in our common fight against terrorism. Our efforts are not just an investment in the security and stability of Africa but also provide enhanced security for the U.S. homeland.”