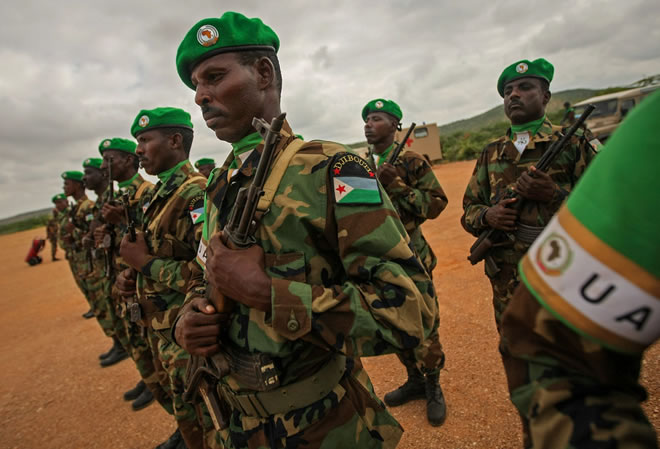 The Security Council decided, in a 29 May videoconference meeting*, to reauthorize the deployment of African Union Mission in Somalia (AMISOM) personnel for nine months, requiring them to support security in the lead-up to elections and to work towards the gradual hand-over of responsibility to Somali forces by 2021.

Unanimously adopting resolution 2520 (2020) under Chapter VII of the Charter of the United Nations, the 15-member Council also decided to authorize the African Union to maintain the deployment of 19,626 uniformed AMISOM personnel until 28 February 2021 — including at least 1,040 police and five formed police units.

Among other strategic priorities, the Council tasked the Mission with supporting security preparations for elections due at the end of 2020 or the beginning of 2021, and helping to combat Al-Shabaab and other armed groups while conducting its tasks in accordance with the updated Somali-led Transition Plan.Ads By GoogleThe Council laid out a range of specific tasks for AMISOM to meet those objectives:  maintaining a presence in sectors set out in the Mission’s Concept of Operations; reconfiguring and revising tasks in support of the Transition Plan as security conditions allow; mentoring and assisting Somali security forces; helping to secure and maintain key supply routes, including to areas recovered from Al-Shabaab; conducting jointly planned and targeted offensive operations; and supporting the Federal Government of Somalia and its federal member states in implementing the country’s total ban on exporting charcoal.

Reiterating the urgent need to establish full cooperation between the Federal Government and the federal member states, the Council called upon both sides to make further progress on the transition, urging them to take concrete action to fulfil priority measures laid out in the 2019 Mutual Accountability Framework.  The steps include:  reaching an inclusive political settlement on the sharing of power and resources; reinstituting regular meetings of the National Security Council, or an alternative mechanism; accelerating technical and security planning for elections; and developing and implementing an achievable, time-bound and coordinated force-generation plan.

The Council further reiterated its intention to assess the security support needed to prepare Somalia to take the lead in security by the end of 2021, and to take decisions on AMISOM’s reconfiguration.  Such decisions would be based on information shared by the African Union, the Federal Government of Somalia and other partners, the implementation of the goals set out in the Mutual Accountability Framework and the outcomes of an independent assessment report.

By other terms of the resolution, the Council underlined the need for a coordinated and cohesive approach to Somali-led political and security reforms.  It called upon the authorities to ensure that all Somalis are protected from sexual and gender-based violence — including sexual exploitation and abuse and conflict-related sexual violence — and to take appropriate steps to investigate related allegations.

Council members called upon the African Union to strengthen oversight and operational coordination among AMISOM contingents, and to ensure accountability on the part of all units.  It also requested that the Secretary-General continue to provide a logistical support package on the basis of resolution 2245 (2015), increase support for 13,900 Somali security forces, and expand United Nations support to include training, equipment and mentorship in order to counter the threat of improvised explosive devices.