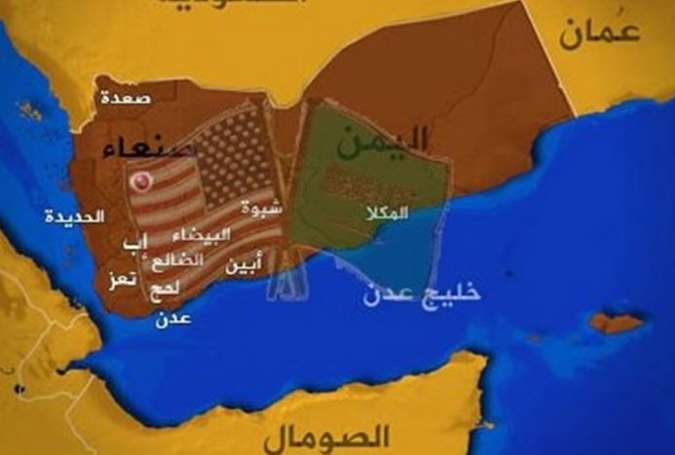 The “Presidential Leadership Council” seemingly puts the nail in the coffin for the transition to democracy that the Houthis overthrew in 2014, setting the stage for more pragmatic negotiations geared towards recognising the individual fiefdoms that have been carved out during the war, and towards dividing Yemen into autonomous spheres of influence.

UN Envoy to Yemen Hans Grundberg announced a truce on April 1, endorsed by the Saudi-led coalition, among the numerous warring factions in Yemen. Although reports of fighting continue to emerge, there does appear to be a notable tempering of the severity of the clashes as both sides, suggesting a desire by the opposing factions to de-escalate, at least temporarily.

According to the truce, the land, sea, and air blockade on the Houthis imposed by the Saudi-led coalition more than 6 years ago will be eased to allow 18 fuel shipments to enter the port-city of Hodeida, and flights will resume to and from Sanaa airport from Cairo and Amman.

Few believe that the truce will lead to any serious political negotiations. Yet, behind the fanfare of a truce lie more pragmatic considerations for the sides that suggest the agreement could last longer than previous reconciliation attempts.

The Houthis have suffered a resounding military reversal in their campaign for the resource-rich Yemeni province of Marib. While the Houthis once looked to be on the verge of victory, the United Arab Emirates (UAE) reversed its policy of non-confrontation with them in January to rush into Marib with its allies, turning the tide of battle and ruining the once overwhelming momentum of the Houthi advance. For the Houthis, there can be no serious talks without securing Marib. Without this important province, the exclusive autonomy the group seeks would be meaningless, as they would find themselves dependent on their rivals in order to meet the needs of the population under their de facto control.

This exclusive autonomy is the sole reason why the Houthis welcomed the truce this month. They seek to repeat their 2018 strategy when they abruptly changed course and decided to engage with the UN process in order to regain control of Hodeida, a port city on the verge of falling to government forces.

The Houthis were able to regroup, retrench, and secure Hodeida during the negotiation period in Stockholm before embarking on a military offensive for Marib. The reports of truce violations in Marib suggest the Houthis are seeking to maintain their battle lines in preparation for a future offensive. Therefore, it’s likely that the truce will be used once more by the Houthis simply to regroup for another major offensive.

There have been suggestions that the UAE has worked its own truce with the Houthis.

In contrast, the truce itself is not as important to the UAE as the process for bringing about the truce, and ousting former Yemen Vice-President Ali Mohsen Al-Ahmar and other members of the Islah, Yemen’s version of the Muslim Brotherhood. There have already been suggestions that the UAE has worked its own truce with the Houthis, who suddenly stopped targeting Abu Dhabi with inflammatory rhetoric and whose spokespeople have notably ceased to threaten action against the UAE. Instead, Houthi threats are now exclusively focused on Saudi Arabia.

The UAE’s resentment of Hadi’s government is often touted as stemming from its aversion to the influence of the Islah over the government. The Islah party is considered the “Muslim Brotherhood” of Yemen, with whom the UAE has staunch ideological differences across the region. By creating the “Presidential Leadership Council,” the UAE has been able to transfer Hadi’s powers to a body that includes some of its most devoted allies while simultaneously ousting Ahmar, one of the most prominent and influential members of the Islah party.

As noted above, among the newly appointed members of the council are Southern Separatist Leader Aidrous Al-Zubeidi, an unwavering UAE ally, and Tariq Saleh, the nephew of President Ali Abdullah Saleh, who was toppled by the Arab Spring protests and who allied with the Houthis to derail the democratic transition. Saleh is also a close UAE ally who played a key role in the “Giants Brigade,” foiling the Houthi attack on Marib earlier this year.

The UAE is less concerned about the Houthis than it is about the Muslim Brotherhood. It will not be celebrating the truce as much as the establishment of the “Presidential Leadership Council,” which will be re-calibrating the power dynamics in the region through the negotiations expected to eventually include the Houthis.

Future negotiations will be between the individual warlords who have carved out fiefdoms for themselves.

With the establishment of the new council, future negotiations will no longer be between a single internationally-recognized government and the Houthis, but between the individual warlords who have carved out fiefdoms for themselves with the support of international powers, among them the UAE and Saudi Arabia. These warlords include Houthi leader Abdel-Malik al-Houthi, and council members Saleh and Zubeidi.

The “Presidential Leadership Council” signals the ultimate demise of the democratic transition initially overturned by the Houthis in 2014. In contrast, it portends more pragmatic negotiations geared towards recognizing the individual fiefdoms that have already divided Yemen into spheres of influence. Thus, Saudi Arabia and the UAE are prepared for inevitable talks with the Houthis. Even if the Houthis are granted autonomy over the areas they currently control, Riyadh and Abu Dhabi anticipate the Houthis will be economically hamstrung without Marib, and therefore, contained within their sphere.

If the separatists attain autonomy in southern Yemen, the UAE and Saudi Arabia expect to be the primary influence in that region given that they facilitated the Southern Separatists’ rise to power and resistance to the internationally-recognized government. Then, if a quota-system of government is formed within a loose federal framework, the Houthis’ power will likely be diluted by the council member addition of Saleh.

Riyadh and Abu Dhabi’s projections of power dynamics may be misguided.

Yet, Riyadh and Abu Dhabi’s projections of power dynamics may be misguided. Alliances between Yemen’s factions are notoriously fluid. Moreover, Washington remains disinclined to pressure the Houthis while President Joe Biden and US officials continue to push for a comprehensive nuclear deal with Iran, and while relations continue to deteriorate between the US and its Gulf allies.

For the Houthis, US pressure on Saudi Arabia and the sharp media focus on Saudi policy in Yemen is an indication that the environment is still conducive to continuing their seventh (and most successful) armed attempt at seizing all of Yemen. Even if the Houthis relaunch their military offensive after the truce, the group expects Washington’s pressure on Riyadh to continue and [the US] narrative of Saudi Arabia as the principal party obstructing a resolution to remain the dominant theme.

The Houthis remain convinced that they have nothing to lose, and everything to gain, by continuing the war. And if they do manage to take Marib in their next attempt, the power dynamics will become even more precarious for Saudi Arabia and the UAE.

Sami Hamdi is the Editor-in-Chief of the International Interest, an experienced foreign policy adviser, and seasoned consultant who has advised governments and global companies on the geopolitical dynamics in the Middle East. @SALHACHIMI