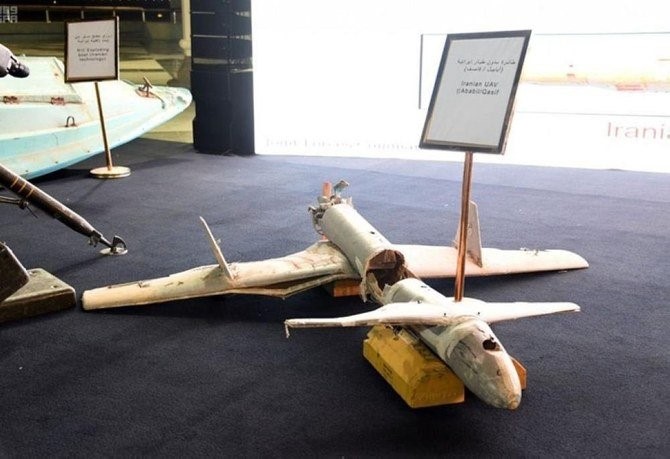 The parts of a previously intercepted drone launched towards Khamis Mushayt by Houthi terrorists is show
Reuters
May 02, 2021 04:23

Earlier, Reuters quoted Houthi military spokesman Yahya Sarea as claiming on social media that the Iran-backed militia targeted King Khalid air base in Khamis Mushayt with a drone earlier, and that the “hit was precise.”

There was no confirmation from Saudi authorities of any damages.

The Houthis have stepped up their missile, rocket and drone attacks on Saudi Arabia in response to peace overtures by Riyadh.