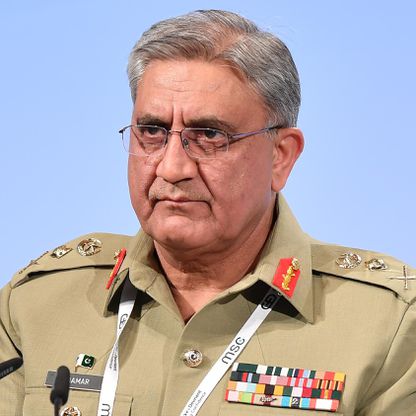 Reports of cooling relations between Saudi Arabia and Pakistan are incomplete. Behind the scenes, Pakistan’s top military officer is helping recast the relationship on a more solid footing.

Prince Turki Al-Faisal, former head of Saudi intelligence, once described Saudi–Pakistan ties as the closest relationship of any kind in the world without a formal treaty. This unwritten alliance has endured through several key conflicts including the Afghan civil war and the Gulf wars. It is a security pact coupled with religious ties and decades of Saudi financial aid without which Pakistan could not have survived its innumerable financial defaults and corrupt governance practices.

Recently there has been much hype both in the international media and Pakistani intellectual circles about the supposed end of Saudi–Pakistan ties. Yet such hype belies the reality of this relationship, which is primarily handled directly by the Pakistani army and the Saudi King and Crown Prince. There have been some question marks about this alliance as a result of various regional changes, such as the Qatari, Malaysian and Turkish embrace of Pakistan and the anti-Saudi stance which such realignments may imply. However, despite the hype, there can be no rupture in this alliance.

Much has been made of the fact that Saudi Arabia has summarily requested the repayment of a loan given to Pakistan, in what was described as a diplomatic spat. However, given generally low oil prices and Saudi Arabia’s own economic limitations, Riyadh has had to curtail its foreign expenditure. Yet it is also important to note that private investments and the grand projects of Aramco are not slowing down. Issam Hamid, former Chief Investment Officer for the Saudi Economic and Development Company, says ‘that the repayment of the loan is not significant in the overall Saudi–Pakistan ties. The amount is insignificant; what the Saudis want is a financial investment that also helps the Saudi economy, this is the new MBS [Crown Prince Mohammad Bin Salman] model’.

The loan story coincided with domestic pressure on Pakistan’s government to solve the Kashmir impasse, and particularly in the wake of India’s decision to abolish the territory’s autonomy. Pakistani Foreign Minister Shah Mahmood Qureshi’s said in a blunt statement that if Pakistan’s Gulf partners would not call for an Organisation of Islamic Cooperation (OIC) meeting to discuss the question of Kashmir then Pakistan would go elsewhere for support. This statement is in line with Pakistan’s longstanding demands that the OIC should get more involved in efforts to solve the Kashmir dispute. The OIC is a Saudi-based umbrella organisation that acts as a unified body for the Muslim world, and by articulating his expectations Qureshi has done away with decades of perceived subservience by Pakistan to the Saudis. Pakistan has demanded more action from the OIC, and the Saudis and Emiratis in particular. The UAE and Saudi Arabia enjoy a stronger financial relationship with India than they do with Pakistan, notwithstanding the Pakistan–Saudi special relationship.

Imran Khan sees Pakistan as a democratic Islamic country and wants to replicate the economic success that underpinned Turkey and Malaysia’s rise. He is also leading on other diplomatic initiatives in coordination with the leaders of Turkey and Malaysia. At last year’s UN General Assembly summit, the three leaders decided to launch a joint Islamic platform to counter Islamophobia. This then resulted in a historic summit in Kuala Lumpur which was the first major Islamic conference outside the realms of the Saudi-based OIC. The presence of the Iranian president and the Emir of Qatar at that summit further annoyed the Saudis who perceived the Malaysia summit more as a threat to their leadership than a genuine Islamic forum.

The Saudis do not object to Pakistan’s bilateral ties with Turkey or Malaysia. However, they do not want Pakistan to be part of Erdogan’s regional meddling in Arab affairs. Along with China, the UAE and Saudi Arabia, Turkey remains one of Pakistan’s closest military and diplomatic allies. Saudi concerns are largely about fears of a potential regional alliance between Qatar, Iran and Turkey. Pakistan did not appreciate the depth of Riyadh’s sensitivity to anti-Saudi sentiment in Turkey and Qatar. Mohammed Al-Sulami, Head of the Rasanah Institute, who visits Pakistan regularly to meet the senior Generals is of the view that, ‘Saudi policy towards Pakistan remains the same, it is very supportive on all levels. However, I believe that some politicians in Pakistan have been trying to harm Riyadh–Islamabad relations to benefit a third party i.e. Turkey and Qatar’.

General Qamar Bajwa, Pakistan’s Chief of Army Staff, had taken the Saudi–Pakistan relationship out of the personal domain and made it institutional. This means that close military cooperation has been developed into a broader corporate relationship on a more equitable basis, rather than being characterised by aid and dependence. Bajwa had earlier also fixed Pakistan’s relationship with the UAE, which had stalled since Pakistan refused to assist the UAE in military operations in Yemen. Prior to Bajwa’s visit to the UAE there had been a freeze in all UAE–Pakistan diplomatic activity. Bajwa visited Riyadh immediately after the media uproar and assured the Saudis that there was no danger of any Pakistani participation in the anti-Saudi alliance. The Saudis, to their credit, have also explained to Pakistan that whilst Riyadh supports Pakistan’s Kashmir stance, India is an important economic partner and the Saudis are ready to mediate rather than pressure India.

Pakistan must also understand that, just as Kashmir is their jugular vein, Yemen is the Saudi weak spot. Both countries need a realistic perspective on their priorities and security threats. This cannot be a one-way street, especially since Egypt has now arguably replaced Pakistan as Saudi Arabia’s main guarantor for internal and regional security. For it was the Egyptian army under Abdel Fattah Al-Sisi, the Egyptian president, which has supported the Saudis in the region without the need for tactical battlefield deployments.

Bajwa has steered the institutional relationship away from personalities and one-man shows. Saudi Crown Prince Mohammad bin Salman has done much the same. This has led to the first-ever private-led investment by a Saudi entity in Pakistan. Seen from this perspective, the $1-billion debt payback demand is a paltry sum, compared to the almost $20-billion private investment into Pakistan.

Saad Siddiqui, Head of EMEA Emerging Markets Strategy at J P Morgan is of the view that ‘Saudi financial assistance for Pakistan in periods of economic difficulty has been a key plank of the bilateral relationship over many decades. The direct economic impact of certain Saudi loans is unlikely to be significant in the near term’.

Lt-General (r) Khaled Rabbani, who served multiple deployments in the Middle East, argues that ‘the current geopolitical narrative of our region, including the Middle East, needs reassuring ties – stability of the equations is the call of the day. The Pakistan–Saudi relationship is sacrosanct and has stood the test of time’.

Lt-General (r) Masood Aslam, who served three years in Saudi Arabia, is of the view that ‘neither side can afford a breakdown of relationships, however, both sides will not depend blindly on each other anymore’.

Mohammad bin Salman and Bajwa have brought realism into the relationship, one which goes beyond just slogans of brotherhood and history. And that will be a source of strength for the future of both countries.