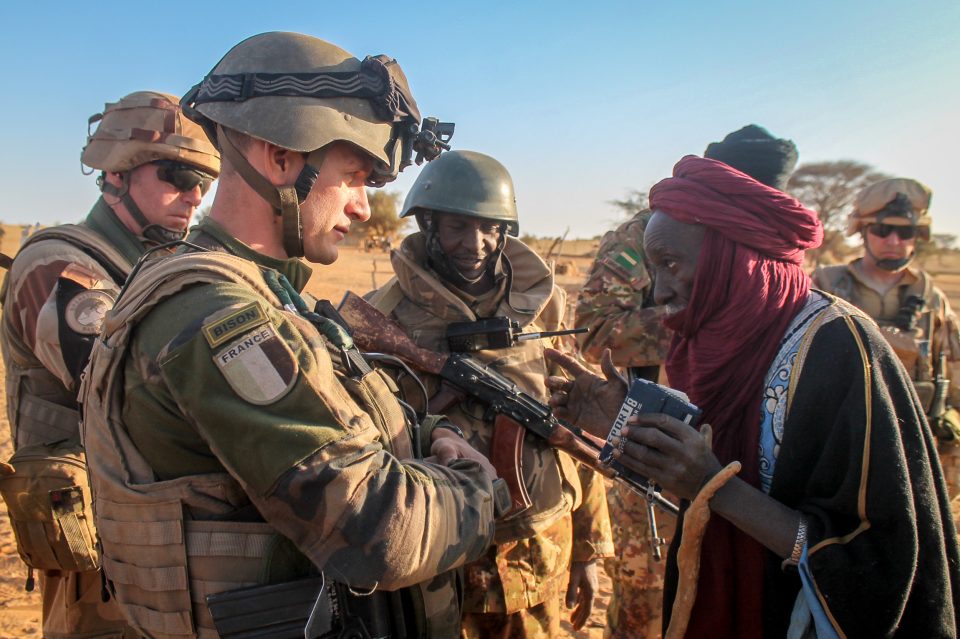 France’s unilateralism and the United States’ wavering are destabilizing the Sahel—and creating an opening for Russia and China.

The Sahel, a semiarid region south of the Sahara Desert that stretches from Senegal to Eritrea, is experiencing a major security crisis. Since 2016, terrorist attacks have increased fivefold in Burkina Faso, Mali, and Niger. In February, the United Nations refugee agency stated that 4,000 people in Burkina Faso were being displaced each day because of political violence. This trajectory of escalating violence has continued in spite of the COVID-19 pandemic, and the Aug. 18 coup that removed Malian President Ibrahim Boubacar Keita from power threatens to further destabilize an already fragile region.

As the security situation in the Sahel continues to deteriorate, the causes of escalating violence are discussed regularly, but no one is taking appropriate action to counter it.

The U.S. Department of State routinely emphasizes the role of transnational terrorist groups, such as al Qaeda and the Islamic State, in triggering the Sahel’s security crisis. Reports from development agencies and think tanks regularly highlight fragile state institutions, authoritarianism, and climate change as factors that cause instability. Still, policymakers vacillate on whether to devote resources to counterterrorism efforts or to development initiatives.

A willingness to equate authoritarianism with stability has led great powers to perpetuate the conditions—such as corruption and fragile state institutions—that contribute to political violence in the Sahel.

In spite of these intense debates, one vital contributor to insecurity in the Sahel is often ignored: the crisis of international governance. Instead of taking constructive steps to address the array of challenges facing the Sahel, great powers and regional institutions are exacerbating the region’s problems.

Due to their intense focus on geostrategic competition and willingness to equate authoritarianism with stability, great powers such as France, the United States, Russia, and China, have actually perpetuated conditions, such as corruption and fragile state institutions, that contribute to rising political violence in the Sahel. Regional institutions such as the African Union and the Economic Community of West African States (ECOWAS) have exacerbated the governance crisis because of a lack of strategic coordination and their inefficient use of military resources.

Although great-power competition in the Sahel has intensified in recent years, France remains the region’s dominant security provider. In January 2013, France responded to an official Malian government request for assistance by launching Operation Serval—a counterterrorism intervention that halted the advance of Islamic extremist militants from northern to central Mali. In August 2014, France and the G-5 Sahel countries (Burkina Faso, Chad, Mali, Mauritania, and Niger) embarked on a regionwide counterterrorism campaign called Operation Barkhane.

A French strike on June 3 this year killed Abdelmalek Droukdel, the leader of al Qaeda in the Islamic Maghreb. France has also cooperated militarily with the U.N. peacekeeping mission in Mali. This mission deploys up to 13,289 soldiers and 1,920 police officers to the Sahel and monitors human rights abuses perpetrated by armed groups in the region.

Despite these military successes, France’s approach to counterterrorism in the Sahel has also exacerbated the region’s security crisis.

France’s approach to counterterrorism in the Sahel has also exacerbated the region’s security crisis.

Although French military operations rely on U.S. intelligence and logistical support from some 800 U.S. personnel deployed in Niger, France’s preference for unilateralism in West Africa has restricted its ability to work with Washington on developing a regional security strategy. In 2017, France initiated a U.N. motion calling for a 5,000-man African security force to be deployed to the Sahel but rankled U.S. officials by apparently not consulting with them on its plans.

The adverse consequences of French unilateralism have become apparent in recent months. The expansion of political violence in the Sahel, in spite of the increase of the French military presence from 4,500 to 5,100 forces in February, underscores France’s inability to resolve the Sahel security crisis on its own and increases the risk of French military overextension in West Africa.