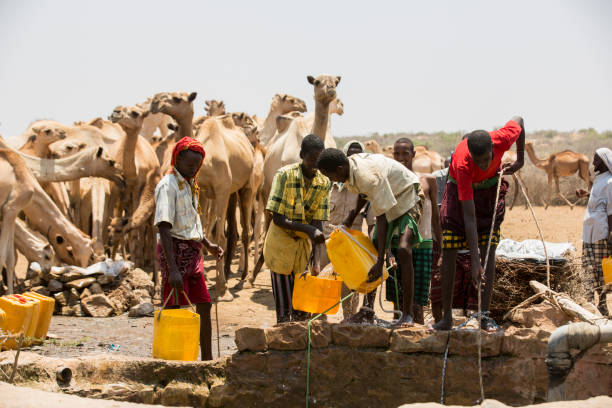 Somalia’s prime minister declared a state of emergency on Tuesday over the deadly drought in the Horn of Africa nation.

Mohamed Hussein Roble made the declaration following an extraordinary Cabinet meeting in the capital Mogadishu on the situation, said a statement issued by Roble’s office.

The premier  called on the public, religious scholars, business people, and the international community to rescue people in need.

Severe drought is gripping most of Somalia as seasonal rains failed for the third time since late 2020, according to the United Nations Office for the Coordination of Humanitarian Affairs (UNOCHA).

Some 3.5 million Somalis already face acute food insecurity and without urgent and scaled-up support, the situation will likely deteriorate further, according to the UN.

Somalia is on the frontline of climate change and has experienced 30-plus climate-related hazards since 1990, including 12 droughts and 19 floods, the UN said Tuesday.

The currently worsening drought situation left 2.6 million people with zero access to water and has driven over 100,000 people from their homes, it added.​​​​​​​