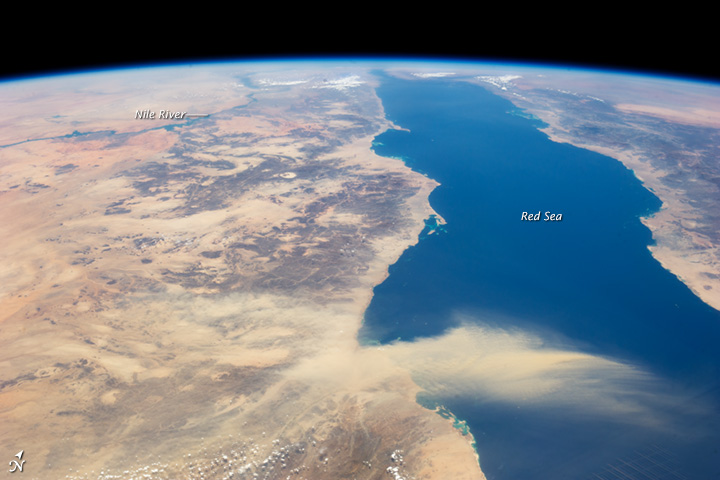 Alwaght – Red Sea’s geopolitical position and the security and political developments around it since 2011 have been driving new competitions among various actors. The rules of the game in this region are yet to be clear, however. Over the past years, the influential and powerful countries have been struggling to impose their favorable security and political regime on the region.

The activism in the Red Sea region is affected by three levels:

1. Countries’ home levels: Yemen war, Egypt revolution of 2011, and the fragile peace between Eritrea and Djibouti affect the scale of competition in the region.

2. Regional level: A clash of ideologies, mainly that of Turkey and Qatar-represented Muslim Brotherhood vs Saudi-led Wahhabism vs Yemeni Ansarullah-led Shiite, have been intensifying the rivalry in the Red region over the past years.

3. International powers’ level: Such powers as Europe, the US, China, and Russia each have their interests in the region. Meanwhile, China and Europe, to feed their energy needs, try to leave a bigger influence on the sea’s security and legal status.

The Yemen war, newly-emerging threats and solutions for them, regional rivalry, the consequences of political instability, piracy and terrorism, trade expansion especially in Africa coasts, new infrastructures, and refugees challenges have been the legal bases for various security and legal talks surrounding Red Sea region.

Each side made its propositions. Saudi Arabia, for example, has made six proposals since 1956. Ethiopia and Oman, though not being coastal countries, argue that due to bonds with Red Sea-related interests want to have a presence in dialogue and final agreements. Europe presses for flexible initiatives, proposing Council of the Baltic Sea State or ASEAN-style institutions for Red Sea states. Critics doubt that such models are effective for the region due to population and political rule differences.

In 2007, Saudi Arabia signed an agreement with Egypt, Ethiopia, Djibouti, Yemen, Oman, and Somalia for a distinct legal status of the Red Sea aimed at boosting security and investment in the coastal states.

Since 2013, the Arab kingdom invested in Egypt to guarantee the eyed institution. Since 2013, the year President El-Sisi, then military chief, toppled first democratically-elected president to fill his place in a coup, Saudi Arabia provided $ 10 billion in investment to Egypt. That is because Egypt controls the Suez Canal and also has a strong voice and vote both in the Arab League and African Union that can be directed to Riyadh’s favor. Some Egyptian political elites cast doubt on Saudi honesty arguing that the oil-wealthy monarchy wants to raise a military alliance to counter Iranian regional hegemony expansion to the Red Sea.

From another aspect, Saudi Arabia wants to check Turkey and Qatar foothold gain in the Red Sea area. Embarking on neo-Ottomanist policy, Turkey over the past decade has been struggling for a toehold gain in the Red Sea. President Recep Tayyip Erdogan of Turkey signed a secret military cooperation agreement with Sudan in 2017 according to which Sudan allows Turkey to use its Suakin Island which was a military base used by the Ottoman-era Turkey. The agreement aroused the ire of Saudi Arabia and the UAE, however.

But the African countries take a route separate from Saudi Arabia. Africa and multi-party organizations intensified their participation in the Red Sea-related issues since 2017. In that year, the African Union formed a council led by South African president with the aim of “designing a comprehensive program” for peace and development in the horn of Africa. The African Union and the United Nations held the first workgroup meeting on the issue in September. The African initiative finds the Arab efforts lacking a culture of pluralism. It argues that Saudi Arabia’s initiative lacks the grounds to form a comprehensive and inclusive alliance for the Red Sea states. The Union looks quite determined to prevent the rise of a weighty bloc, comprised of Saudi Arabia, the UAE, and Yemen’s resigned government, in the Red Sea region.

The outlook of Red Sea initiatives

The African Union’s proposal is close in stance and essence to that of the European Union. Although having islands and long coasts in the Red Sea, Eritrea did not attend the Saudi summit. Egypt, on the other side, is not interested in seeing Ethiopia invited to the legal meetings as their relations are frayed by a contentious dam being built by Ethiopia on the Nile River that will compromise the Egyptian water share. Only 43 kilometers separate Ethiopia from the Red Sea coasts. This access to the sea is important to the African country. If disregarded in the second layer of coastal countries’ initiatives, Ethiopia can help strength Africa’s pressure tools and thus intensify the rivalry over Red Sea influence. The country seeks to develop bilateral dialogue mechanisms with Eritrea to secure access to the significant sea.

The multitude of military bases in the Red Sea vicinity gives away the heated competition there. The US operates one base in Yemen and the other in Djibouti. China, which has always been cautious to avoid provocative military presence outside the Korean Peninsula and territorial waters, now has a military base in Eritrea as it understands the sea’s substantial significance. The Israeli regime and Japan each have a military base in Eritrea. Turkey has one in Somalia and Sudan and the EU has one in Ethiopia. The substantial political and military competition among various actors and the Saudi provocations like “Red Wave” serial military drills along with other Arab states like Egypt and the UAE make it hard to form an effective legal and security union approved by all related countries.