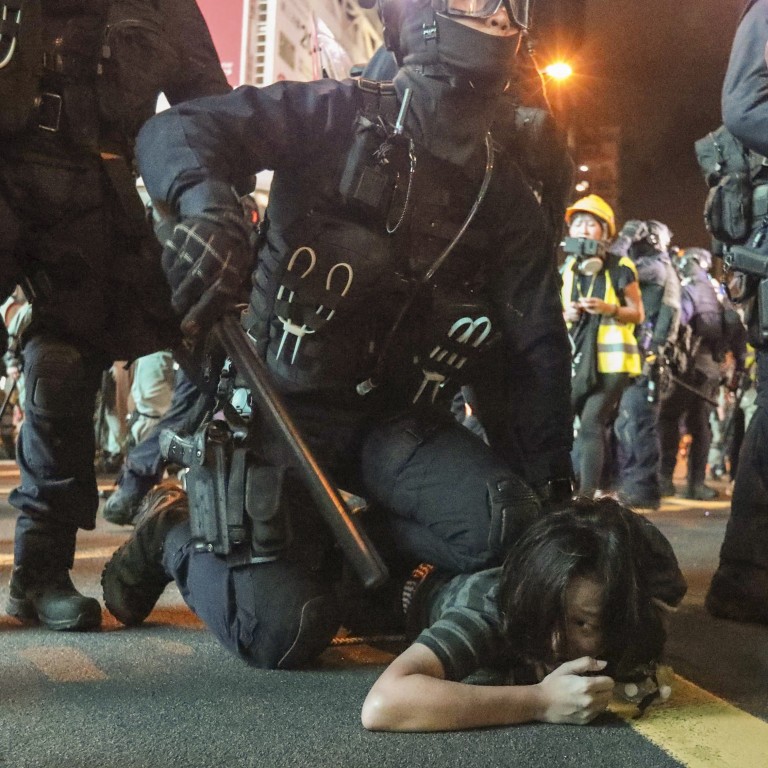 Defiant anti-government protesters took to the streets of Hong Kong and gathered in shopping centres again on Christmas Day, confronting police who used tear gas and pepper spray, after a previous night of mob violence and vandalism.

Riot police were out in force on Wednesday at various hot spots and pepper sprayed protesters inside Sha Tin’s New Town Plaza, outside Langham Place in Mong Kok, and at Telford Plaza in Kowloon Bay riot police chased after protesters and sprayed them at close range. Earlier around 200 protesters gathered at Telford Plaza at 8pm and sang their anthem, Glory to Hong Kong.

Officers were seen subduing protesters and taking them away at several flashpoints, including around 10 at New Town Plaza.

Riot police retreated to their vans as hundreds of protesters advanced towards them in Mong Kok’s Shanghai Street, and fired two rounds of tear gas at them at around 6.30pm without raising any warning flag.

Hong Kong’s hotels half empty at Christmas despite plunging rates

The city’s embattled leader, Chief Executive Carrie Lam Cheng Yuet-ngor, expressed her frustration at the behaviour of radicals on Christmas Eve, saying many people as well as tourists coming to Hong Kong were disappointed that their festive celebrations had been ruined by “a group of reckless and selfish rioters”.

“Such illegal acts have not only dampened the festive mood but also adversely affected local businesses,” she said in a Facebook post. “The government will try its utmost to uphold law and order, and restore peace in Hong Kong.”

The government also hit back at Hong Kong Watch after the Britain-based group claimed the city had “witnessed truly outrageous police brutality on Christmas Eve”, dismissing the allegation as “fake, utterly irresponsible and grossly unfair”.

“Only minimum force was deployed in response to the blatant unlawful activities of the violent protesters on Christmas Eve,” a spokesman said in a statement.

After a chaotic Christmas Eve scores returned to the shopping malls late on Wednesday afternoon to continue their protests.

“Disband police now”, “five demands, not one less”, and “Hong Kong independence” were the slogans of the day.

Inside Langham Place, a Maxim’s restaurant and a Starbucks cafe, which have been regularly targeted by radicals as mainland Chinese-linked businesses, were closed for the day, but most other shops were open.

The mall authorities asked shoppers to vacate the premises when about 50 protesters stormed the food court on the fourth floor.

Many panic-stricken shoppers left the mall, but some were undeterred.

A teacher in his mid 20s, who only gave his surname as Lam, said he would continue shopping.

“I’m not scared. I support the protesters,” Lam said, adding that he had taken part occasionally in past demonstrations.

Sie Florrie, a 14-year-old student, said she did not have any plans to join protests on Wednesday, but changed her mind when she heard slogans being chanted in the mall.

“I’m one of them. When I see them, I feel like I should join them,” she said. “We need to keep fighting till we reach our purpose.” 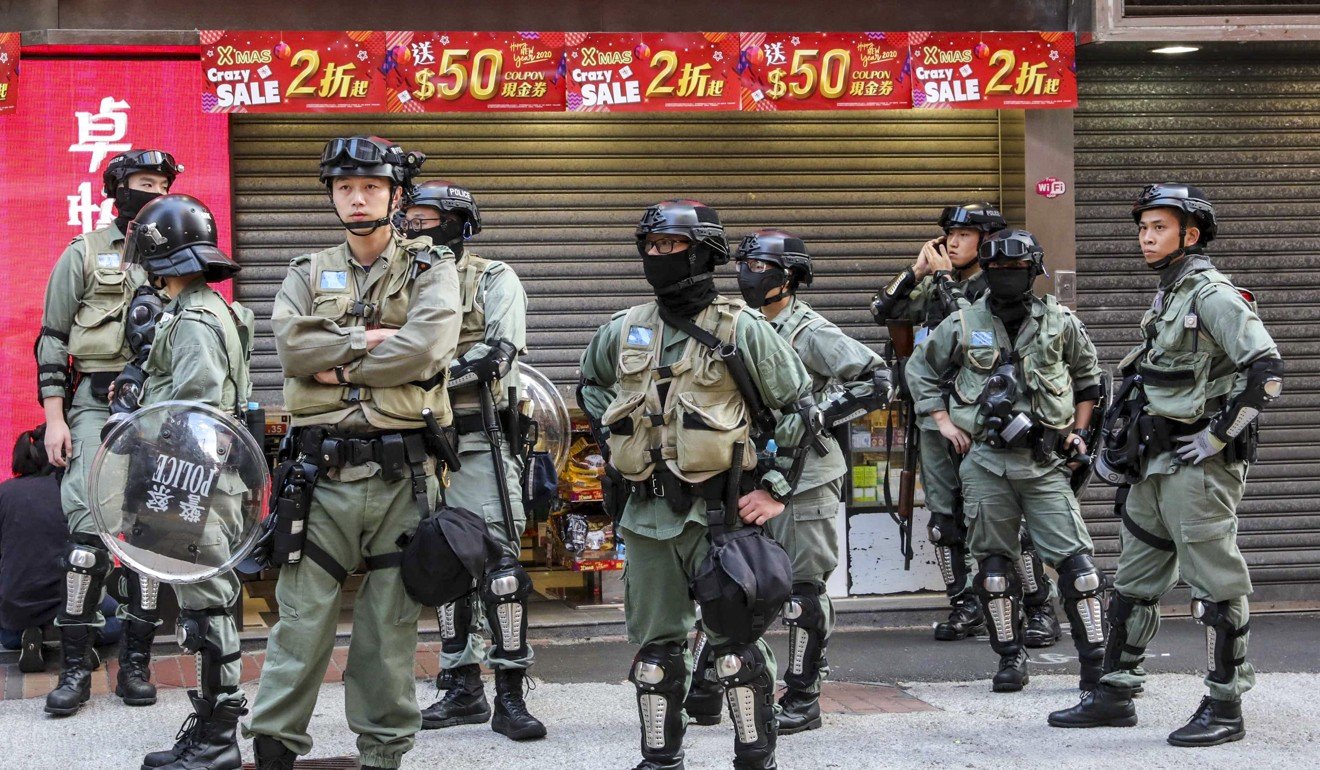 At Harbour City mall in Tsim Sha Tsui, business was normal with festive revellers thronging the place for shopping. But security was stepped up with a dozen of riot police patrolling around Canton Road.

On Canton Road, Swiss tourist Marina Steinberg, on a three-day tour of Hong Kong before going to Thailand, said the unrest did not affect her much.

“I am just caught in the middle of the protests after leaving from restaurants and going back to hotel,” the banker said.

She said she chose to come despite the unrest as she had planned the trip a year ago.

“Hong Kong is still a vibrant city, and I still have a good impression of the place and its culture and heritage, which I find missing in Singapore,” she said.