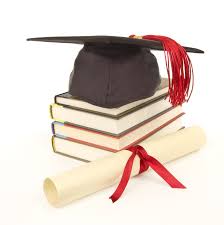 I have been pondering over this question for a while. The educated Somalis are inclined to having what may be characterized as a lack of differing opinions, interests, and passions.They focus on a single point with little success if any. Their thoughts, arguments, actions seem to be concerned with one topic- politics.  We could have done better  and achieved more significant results if we directed efforts to other important matters. There are hardly any differing opinions, ideas or wider intellectual thoughts presented in regard to finding solutions to many challenges facing the nation.

Life is mundane and, perhaps unbearable without diversity, differences and options. Varied interests and passions lead to different priorities, opportunities and successes. In educated Somali circles, to think outside the box and venture into exploring beyond the known limits does not seem to be part of the duty and responsibility for their people. Why so? What is the problem? Is it inability or powerlessness due to matters beyond their control? Is it lack of motivation or interest because there are no immediate, direct, and personal benefits?  Is it a general apathy that discourages them from being active and useful for their country and its people? Is it laziness? Or is it something else altogether?

There may not be simple and satisfactory answers to these crucial questions. The sure and evident thing is that educated Somalis are not making efforts that will lead to betterment of ordinary Somalis’ lives. Many  remain unconcerned and display indifference to the plight of the politically, economically, and socially disadvantaged fellow citizens. They make no initiatives for saving their people from the economic and social perdition.They pursue their career and business interests whereby in many cases  they collaborate with each other to enrich themselves with the nation’s wealth in questionable ways.

There may be few who choose to concern themselves with matters of national interest. This group’s primary focus is politics at federal level. Their main target are those who happen to be at the helm. They prefer to get engaged in political narrative in which they disparage the president and prime minister.Their attempt to influence the political discourse does not succeed because of not seeking wider popular support or participation. They do not present well-thought out strategies, plans, and programs that may appeal to the general public. Their work, which is usually in the form of piecemeal writing, does not envision a strategy with the goals that are well-defined, attainable, and executable. No sufficient planning and coordination spelled out..

It may be fair to say that it is not their concern what is happening at village, town, municipal or state level. They shy away from speaking about the rampant corruption, nepotism, chronic poverty, injustice subjected to minorities, exploitative practices engaged by unscrupulous profiteering business people, and many other things detrimental to the wellbeing of the Somali people.

Just to give an example, educated Somalis show little or no interest at all in helping village or town governments manage their affairs effectively. They give no thought to see how farmers and livestock keepers are faring. The latter groups play a major role in the nation’s economy, yet they receive no assistance or recognition for that role.The educated Somalis should take actions in improving people’s economic and education wellbeing. We will have difficulty in achieving economic progress, political stability and social cohesion while we are overlooking a great deal of issues of paramount importance. We need to get involved and work in as many communities and sectors as possible. We need to help in areas where we have expertise, and work individually or in groups. Our initiatives should be allowed to go on simultaneously in many areas. Let them blossom, develop and eventually lead to great successes.

Civic engagement, led by the educated, is required and recommended here. We have to work from the bottom-up and direct our support to the grassroots level. Such efforts make it possible for our country to progress significantly. Inaction constrains our ability to move forward and attain political, economic and social improvements. Our low or non-existent response to the current global pandemic, COVID-19, explains well our inexcusable inaction, and perhaps our indifference. So it is imperative that we find ways to develop a culture that encourages us to care for one another and contribute to the common good.

I recently read an article by Dr. Aweys Omar Mohamoud posted on WardheerNews  (WDN). Aweys, who is an education expert, started his writing by saying that he worked in the education sector in Somalia for a short while. In his opening paragraph, he mentioned the violence and repression subjected to the Somali people for so long. Aweys also lamented what he termed as inadequate governance capacity that exists in Somalia. All valid points. The thought that came to me initially was that Aweys was going to sufficiently examine and analyze the difficulties in the education sector and that he would offer short, medium and long term solutions to the education predicament there. Overcrowded classrooms, poorly trained and  underpaid teachers, shortage of essential resources as well as tough environment that may hamper education success were some of the major issues, I was hoping, Aweys was going to decipher in that article.

My expectations were that Aweys had made some commitments to addressing these issues and that he would dedicate his talent and resources towards these noble tasks.

Little did I know that Aweys would deviate from this important topic so quickly to our  preferred, chosen subject-politics. I do not mean to suggest that Aweys should not weigh in politics but we should be wise enough to know that there are plenty of people already engaged in this matter. I also want to clarify thatI am not singling out Aweys. I am attempting to highlight what seems to be a trend among educated Somalis. The doctor, accountant, engineer, educator and everyone else that intends to concern himself/herself with issues of public interest makes  politics first priority That does not bode well for the country. We should attach as much importance to other significant issues as we do to politics. We have to be in this for the long haul and put in place programs and projects beneficial for our communities at home and abroad. We need to cultivate a culture of cooperation, understanding, and trust, realizing that we have a common destiny. We are not short of talented, intelligent, educated men and women. These people should step to the plate, take leadership roles, and serve the nation.

My objective is to create awareness and get conversation started. I hope that many of you will express your views and contribute to this discussion. Finally, I am hoping that Aweys will translate his concern into action and create an education fund or undertake some other projects that will give hope and relief to many disadvantaged children. My support for Aweys will be guaranteed and, I hope, the support of many others will be available to him.. Unless we take such steps, finding remedies for the repression, violence, inadequate governance capacity and so forth may remain a remote possibility. I thank Aweys for his service to the nation and I hope that he will at least continue his advisory role.