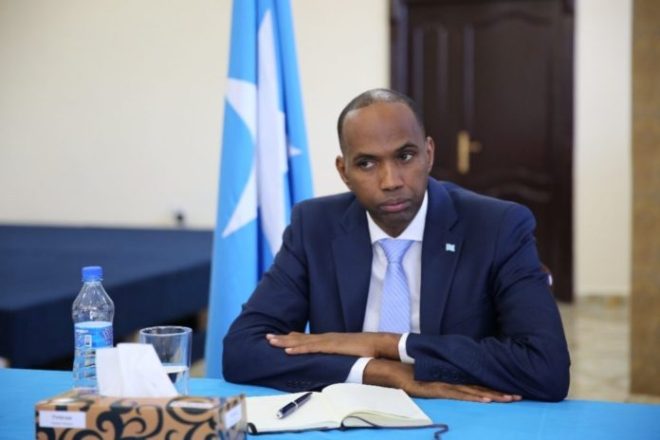 The Ethiopian Prime Minister Abiy Ahmed’s vision of a peaceful, terror free and economically viable horn of Africa region is now targeting reconciliation between Somaliland and Somalia.
Though he had succeeded in facilitating a first face to face meeting between the presidents of Somaliland and Somalia in Addis Ababa a proposed visit by Somalia’s president Farmajo to Hargeisa flopped after rejection by the entire populace of Somaliland.

The current Nobel laureate who garnered the coveted global prize after reconciling a decades long between his country Ethiopia and Eritrea, failure to materialize the president Farmajo visit to Hargeisa has not deterred him.
In the recent past PM Abiy Ahmed has been putting in place and sharing with stakeholders strategizes to revitalize the oft stalled and internationally sanctioned talks between Somaliland and Somalia.
During a visit to the Ethiopian Somali regional administration last week the Prime minister revealed that his government is committed to peaceful Somalia – Somaliland and that Addis Ababa shall mediate.

Speaking at Jigjiga town during a meeting with the leaders of Ethio-Somali regional state, Abiy underscored that he will work on missions to stabilize horn of African region.

“Acting on your call last year about the issue of Somalia and Somaliland, my government started efforts to broker dialogue between Somalia and Somaliland. The two sides are vital development and security of the region,” said PM Abiy.
According to Geeska Afrika sources the PM had hosted his Somalia counterpart Hasan Ali Khayre in Addis Ababa where issues to replace president Farmajo as lead Somalia negotiator with Somaliland were broached and concurred upon.
“It was proposed and accept that PM Khayre replace president Farmajo in talks with Somaliland” the source revealed adding that the reason expounded for this turnabout emanates from cognizance by the Ethiopian leader to the fact that Farmajo is anathema to citizens of Somaliland owing to not only his relationship to former dictator Siyad Barre but his subsequent anti-Somaliland sovereignty activities.
On his part PM Khayre proposed that his negotiation team include a number of native Somalilanders who owe allegiance to Somaliland Somalia reunion and currently based in Mogadishu where they serve the Federal government or act as selected members of parliament.
Now that agreement has been established as to exit of President Farmajo in the talks PM Abiy is reported to have proposed a late April 2020 meeting in Addis Ababa between President Muse Bihi of Somaliland and Somalia prime minister Hasan Ali Khayre.
In spite of the viability of this meeting the Covid-19 pandemic might be a constrain thence possibilities of a new date.

To accede to the new PM Abiy strategy for resuscitating the Somaliland Somalia talks reports indicate that president Farmajo has officially bowed out of negotiations this the mantle now is with PM Khayre.
Meanwhile sources indicate that communication between the Somaliland president and Somalia prime minister has been ongoing for sometimes through regular telephone contact.
Here in Hargeisa president Bihi who is seemingly acceptable to the resumption of talks has been briefing and consulting with opposition political leaders and the chairperson of Guurti the Somaliland upper chamber of parliament.
While the consultations pertain to ongoing plans being undertaken by the Ethiopian premiere, president Bihi has promised to give a full report back to the opposition and Guurti leaders within ten days.
With goodwill from all sides apart from president Farmajo the future of this talks that have stuttered on for a number of years seem uncertain.