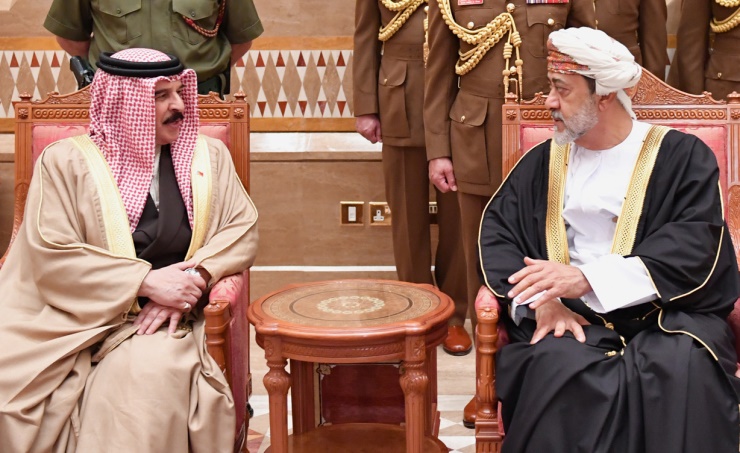 The sultan will not attend the summit [Getty]

The sultanate will instead be represented by Deputy Prime Minister Fahd bin Mahmoud Al-Said, the Oman News Agency reported. Former Sultan Qaboos had not attended GCC summits in recent years, and was instead represented by his deputy.

The latest developments contradict an earlier statement by the GCC which suggested that all members of the body will be represented by heads of states.

As of yet, it is unclear who will represent other members at the summit.

The attendance of leaders, in particular Qatar’s Emir Tamim bin Hamad Al-Thani, would mark a major breakthrough in ongoing efforts to end a three-year GCC crisis which erupted after Saudi Arabia, the UAE, Bahrain and Egypt imposed an illegal air, land, and sea blockade on Qatar. Doha has yet to confirm the emir’s attendance.

The emir was invited to the last summit but declined, sending his then-prime minister Abdullah bin Nasser bin Khalifa Al-Thani instead. Since then, there has been considerable movement towards a resolution to the crisis, according to Gulf media and officials.

In June 2017, Saudi Arabia and its allies – the UAE, Bahrain and Egypt – cut ties with Qatar, claiming it was too close to Iran and accused it of funding radical Islamist movements – charges Doha staunchly denies.

After severing ties, the four countries issued a list of 13 demands to Qatar, including the shuttering of broadcaster Al Jazeera.

The Saudi-led quartet subsequently forced Qatari residents to leave their countries, closed their airspace to Qatari aircraft, and sealed their borders and ports, separating some mixed-nationality families.

In December, the Saudi cabinet said that it “wished for a successful summit to enhance joint action and enhanced cooperation between the country members”, according to a statement on the official Saudi Press Agency.

It follows earlier comments from Saudi Foreign Minister Prince Faisal bin Farhan who said that a resolution was in sight.

Egypt and the UAE have since given their public support to the negotiations, initially between Qatar and Saudi Arabia. Diplomatic sources say that Abu Dhabi has been more reluctant to compromise.

According to a Gulf official close to the negotiations, it is unlikely the summit will deliver a comprehensive agreement but rather result in trust-building measures, including the possibility of opening up airspace to Qatari airliners.

The potential thaw comes ahead of the 20 January inauguration of Joe Biden as US president, who is expected to welcome the resolution of a row which has undercut US efforts to rein in its arch-enemy Iran.