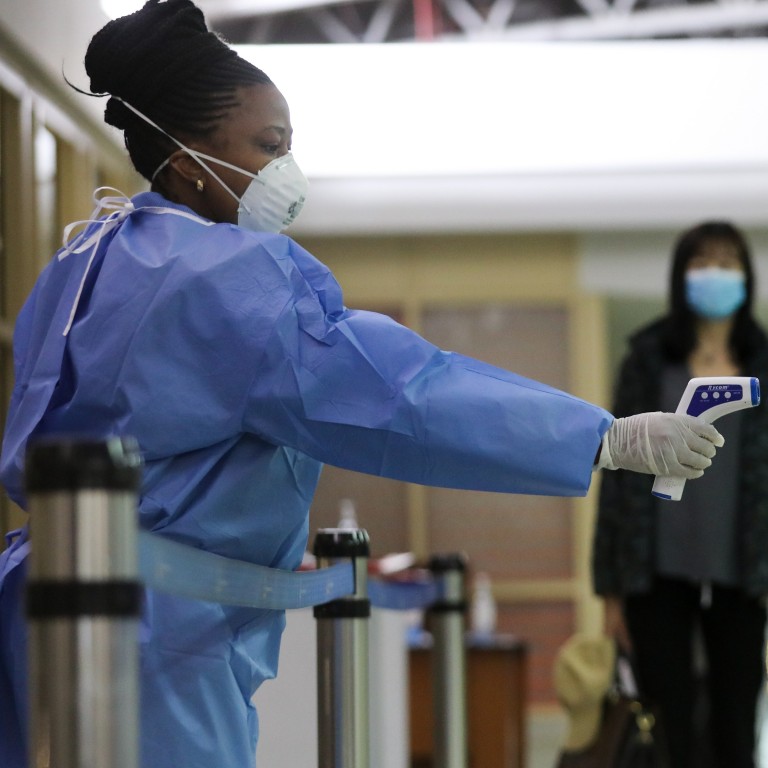 When COVID-19 initially blazed through Asia, Europe and then the United States, global public health experts worried that it could be catastrophic for Africa, with its crowded cities, poorly funded health sector and lack of testing facilities. The U.N. Economic Commission for Africa in April predicted up to 300,000 deaths this year if the virus couldn’t be contained on the continent. Yet it was the U.S, with its superior health system, that hit that grim milestone first, and so far, Africa has been largely spared the worst of the devastation experienced by the rest of the world. As of Dec. 29, the Africa Centres for Disease Control and Prevention was reporting total 2.6 million cases and 63,300 deaths for a population of 1.2 billion. That’s roughly one case for every 500 people, compared to one in 20 in the U.S.

However, those numbers might not actually reflect the reality on the ground. Overall, testing for COVID-19 cases has been comparatively limited on the continent, which could be contributing to lower case numbers. South Africa, which has the highest testing rate in the region, was only performing 0.68 tests a day per 1,000 people in mid-December, compared to 4.3 in the U.S., according to Our World in Data (Denmark, which has the highest test rate, is currently performing 15.1 tests per 1,000). That might explain why the continent has lower-than-expected reported case rates.

As for COVID-19-related deaths, one way to estimate the true impact of the virus is to look at total excess deaths this year, calculated by comparing the overall mortality figures in 2020 to previous annual averages. Those figures in South Africa point to the possibility of a higher number of deaths from COVID-19 than the official records show. A report by the South African Medical Research Council noted that South Africa saw some 17,000 extra deaths from natural causes between early May and mid-July, a 59% increase in excess deaths compared to what was expected over the same period. However, the Africa CDC says there has been no indication that a large number of COVID-19 deaths have been missed.

If official numbers are to be believed, the African continent trails much of the rest of the world when it comes to case fatality rates, and there have been fewer scenes of overwhelmed hospitals and funeral parlors coming from the continent compared to other parts of the globe. Nevertheless, some countries across the continent are currently seeing increases in COVID-19 cases amid concerns of a second wave. South Africa has seen a sharp increase recently, amid evidence that a new variant has been detected; President Cyril Ramaphosa announced new restrictions on Monday, citing the daily record of 14,790 infections recorded on Christmas Day, which he described as “a cause for alarm.” Over the weekend, the country’s total recorded cases since the start of the pandemic reached one million at the weekend.

But overall, African countries have largely defied the doomsday predictions. Why that might be the case is unclear. “If the data is reliable—and that is a big question mark for me—there would be multiple explanations for lower numbers, not one solid reason,” says Cape Town-based independent clinical epidemiologist Dr Nandi Siegfried. It could be due to a lower average age, a more favorable climate, solid public health policies or fewer co-morbidities on the continent—each offers an imperfect defense, which taken cumulatively, contributes to an overall protective effect.

Here, we break down some of those reasons.

Preparation is the best preventative

Many African countries have poor medical infrastructure, but they also have longstanding experience with infectious disease. When the WHO declared COVID-19 a public health emergency of international concern at the end of January, doctors and public health officials in countries that already had experience with outbreaks of other infectious disease sprang into action. “We had to learn the hard way,” Liberian public health expert Dr. Mosoka Fallah told TIME in March, referring to Guinea, Sierra Leone and Liberia, the three West African countries that bore the brunt of the 2013-16 Ebola epidemic. “Ebola knocked us over, but now we know not to underestimate anything; we know how important it is to prepare.”

Fallah and a team of Liberian public health officials set up a training program after the WHO announcement at the end of January to help doctors and nurses at regional hospitals recognize the symptoms of COVID-19. They brought in testing kits and re-instated the hand washing stands that had been ubiquitous during the Ebola outbreak. They ramped up their contact-tracing protocols and established screening points at airports, even before the first case had been identified in the country.

That experience meant that that when it came to social distancing, many African citizens were already accustomed to the elbow bump, frequent hand washing and the need for masking.

Masks were not politicized

According to the WHO, the single best way to stop the spread of COVID-19 is by wearing a mask. An August 2020 poll by the Partnership for Evidence-based COVID-19 Response found that among respondents in 18 African countries, more than 85% said they had worn a face mask in the previous week.

Countries like Kenya, South Africa and Nigeria shut down early, and hard. Businesses were closed, borders shut, gatherings were banned, and in-person schooling stopped. Curfews were enforced. The moves were unpopular, and economically destructive, but they also bought time for medical personnel to prepare hospitals, source supplies and learn from treatment innovations perfected elsewhere, such as using oxygen instead of scarce ventilators, and turning severely ill patients on their stomachs. Preventing that spread of the virus through lockdowns while also preparing to treat the sickest effectively is paying dividends now.

A younger populace, with fewer comorbidities

If South African epidemiologist Siegfried could point to one telling factor in the continent’s low COVID-19 mortality rate, it would be that Africa’s median age is 19 years old. “We don’t have many people over the age of 50,” she says, noting that the virus is far more dangerous in older populations. “It seem logical that a relatively youthful population would result in a lower toll.” That, and the fact that diabetes, obesity and hypertension, some of the comorbidities that appear to make COVID-19 more deadly, are also less common among the continent’s population than they are in other parts of the world.

The COVID-19 virus appears to dissipate more quickly outside, where infectious respiratory droplets and aerosols can be easily dispersed, which is why most public health officials recommend that socializing, when necessary, be done outside. With a few exceptions, Africa’s mild winters mean that much of life can be, and is, lived outside, especially in rural areas. Limited public transport networks, usually a curse in the region, also mean that Africans do not travel as much between countries and cities, minimizing close contact and the risk of exposure.

Conversely, people do congregate closely in cities, particularly in Africa’s slums, which are home to half of the continent’s urban population. At the beginning of the outbreak, public health officials feared that COVID-19 would spread like wildfire in Africa’s sprawling informal settlements, where social distancing is impossible and sanitation facilities are limited. But so far, death rates haven’t met those worst-case scenario predictions.

Some epidemiologists suspect that the close contact with other people and regular exposure to different pathogens may in fact make people more resistant to the worst forms of COVID-19. South Africa’s top virologist, Shabir Madhi, a professor at the University of the Witwatersrand who is leading a vaccine trial in the country, told TIME in July that one hypothesis is that constant exposure to other coronaviruses, such as those that sometimes cause the common cold, could provide some degree of immunity. “Maybe our poor living conditions could be working in our favor,” he said, noting that a significantly higher of cases appeared to be mild or asymptomatic, compared to cases elsewhere. “I’m not sure what else would explain the disparity,” he said, while noting that more research needed to be done.

Still, other countries around the world, such as Brazil, have a similar combination of slums, BCG vaccination, warm weather and a younger population, yet still have high COVID-19 infection rates. It could just be that Africa’s early and robust public health response delayed the onset of what may yet be the catastrophe that epidemiologists feared. Case numbers across the continent, already increasing, could continue to rise as the holiday season pushes residents of large cities into remote villages. “That might drive the pandemic,” John Nkengasong, director of the Africa CDC, told reporters in a December online press briefing.

Africa is already recording 10,000 to 12,000 cases a day, inching back upwards to its July peak of 14,000. Many hope the region can hold out for a little longer, at least until vaccines are available in sufficient quantities to inoculate the continent. Madhi warns against that tendency. “Vaccines are not the answer to our problems,” he says, even though he has been running one of Africa’s biggest vaccine trials for the past six months. “Until there’s enough vaccines that can be spread across the globe, our most critical defense is in avoiding mass gatherings and using face masks. In terms of controlling this particular pandemic, the focus still has to be around these nonpharmaceutical interventions.”