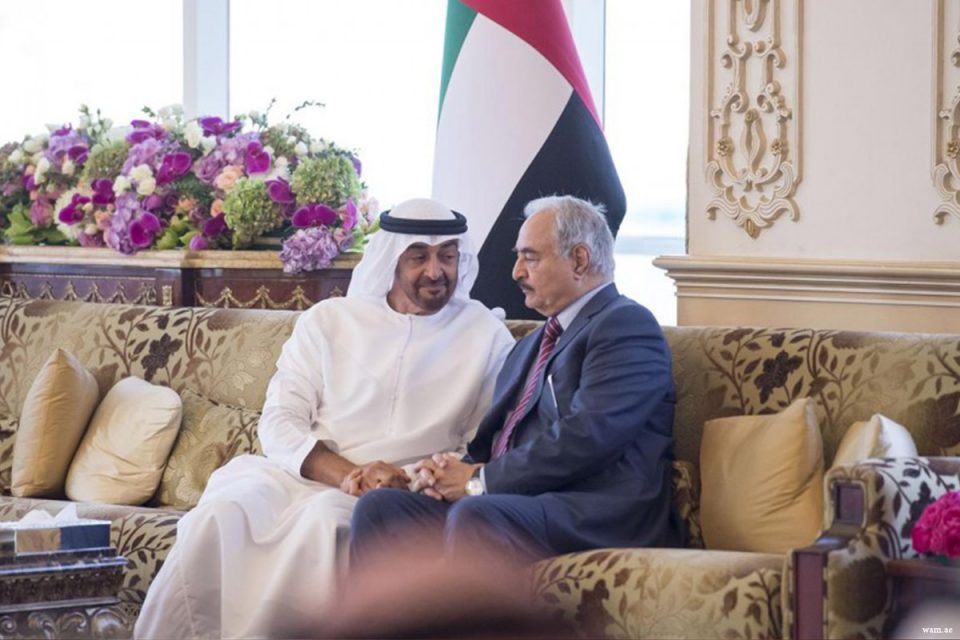 Haftar has been fighting against the UN-recognised, Tripoli-based Government of National Accord (GNA) since 4 April.

The arms shipment entered Libya through the Egyptian borders, along with UAE and Egyptian military officers, according to sources earlier this month.

Speaking to Al-Araby Al-Jadeed, the sources stated “the arms which Abu Dhabi has recently sent to Haftar aimed to build up the force equation in favour of its ally, Haftar, after great losses occurred during the clashes with the GNA forces.”

According to the sources, the losses included the deaths of a number of Russian fighters affiliated with a private firm which had a deal with the UAE, in order to back Haftar in the battle to raid Tripoli.

The sources claimed that Egyptian military cargo planes landed in Libya, including several kinds of modern arms and unmanned drones.

In addition, the sources stated that UAE military officers arrived in Egypt just four days after the arrival of the arms shipment, to supervise the use of arms and drones.

On 13 November, Al Jazeera revealed that Egypt, UAE and Russia had sent arms to Haftar.

This, the minister affirmed “makes the border crossing with Egypt the main channel for military supplies.”

In Somalia, business as usual is a bad idea for US interests- Elizabeth Shackelford