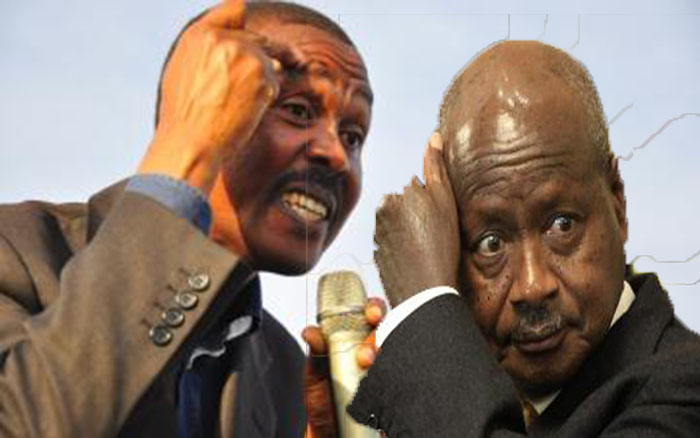 The impending anti-corruption walk that featuring President Yoweri Museveni is a mockery, according to retired Maj Gen Mugisha Muntu, the national coordinator of the Alliance for National Transformation (ANT) party.

He is expected to be  accompanied by the Speaker of Parliament, Ms Rebecca Kadaga; Prime Minister, Dr Ruhakana Rugunda;  Chief Justice Bart Katureebe, heads of government anti-corruption agencies, religious and traditional leaders among others.

However, Gen Muntu describes the planned walk as a mockery and waste of time with intentions of “confusing” the masses to believe that Mr Museveni is concerned and has the goodwill to fight corruption.

Gen Muntu says that Mr Museveni is “incapable of fighting corruption because he uses it to sustain himself in power.”

He says Ugandans will believe Mr Museveni’s efforts in the fight against corruption when his government starts arresting and prosecuting ministers, permanent secretaries and other government officials implicated in various corruption scandals.

Gen Muntu was once a close ally of Mr Museveni. He served as the commander, the highest position in the Ugandan military, from 1989 to 1998.

Mr Charles Tukamusaba, the ANT coordinator for Luweero District, says Mr Museveni cannot stop corruption because he uses money to bribe voters and to entice Opposition politicians and activists to join his government.

However, the Senior Presidential Press Secretary, Mr Don Wanyama declined to comment on the matter, saying he was busy.

Uganda is the 149 least corrupt nation out of 175 countries, according to the 2018 Corruption Perceptions Index reported by Transparency International.

The country has failed to make positive progress in the fight against corruption despite creating several anti-corruption agencies.