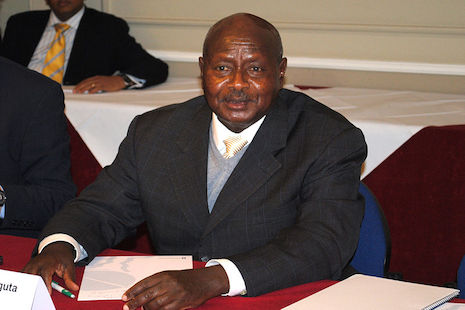 Uganda’s President Yoweri Museveni has said it would be “madness” to hold general elections while still dealing with the coronavirus pandemic.

He told the Ugandan broadcaster NBS that if the pandemic was not brought under control by July, then plans to hold the elections in early 2021 would have to be reviewed.

There are 122 confirmed cases of coronavirus in Uganda so far, with no deaths.

Public gatherings including political rallies have already been banned as part of social distancing measures to halt the spread of the virus.

At least 24 candidates have declared an interest in challenging Mr Museveni and had started grassroots meetings, though these have been put on hold because of coronavirus.

The 38-year-old MP and musician Robert Kyagulanyi, popularly known as Bobi Wine, has emerged as a strong contender to President Museveni – who has been in power since 1986.

Some of the president’s opponents have faced intimidation and arrests.

Bobi Wine has been detained on several occasions and charged with treason.

Retired General Henry Tumukunde, who announced plans to challenge his former ally, has also been charged with treason and is out on bail after spending nearly two months on remand.

President Museveni said it was only opponents who mixed politics and subversion who were arrested.

Federal goverment, TPLF at an impasse over election posponment