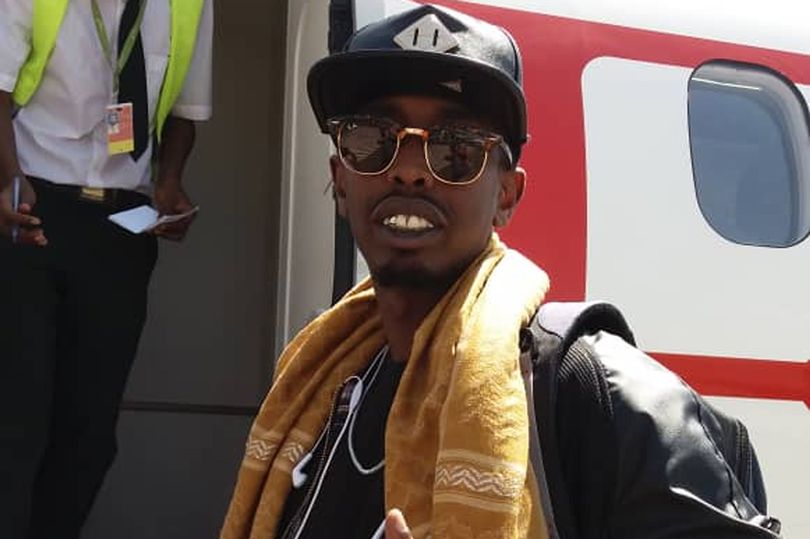 EXCLUSIVE: Ahmed Farah, 30, was sent back to Somalia after being freed from prison following a knife raid and now has to make a living in fourth poorest country in the world

The disgraced brother of athletics legend Sir Mo Farah has ended up homeless and penniless after being deported to Somalia.

The Sunday Mirror can reveal Ahmed Farah, 30, was sent to his birthplace by British authorities after he was freed from jail for a knife raid.

He served four-and-a-half years and was on the Home Office’s radar for two years before being booted out.

Now, while Mo, 36, has a £4million fortune and a hoard of Olympic and World Championship gold medals to his name, Ahmed is scratching around trying to make a living in the fourth poorest country on Earth.

Conflict continues to haunt the wartorn nation while floods and famine pose a hellish new threat.

Ahmed insists he does not want sympathy, but the chance to show he deserves a chance to return to England.

Speaking from Burao in Somaliland, an autonomous region of Somalia, he tells the Sunday Mirror: “I made a huge mistake, but why should I be double punished for something I’ve done?

“It’s like they’re saying ‘Do the prison time but also do extra detention and be deported’. They say ‘You committed a crime, you put this person through that and they’re going to have to live through it for the rest of their lives’.

“I can’t dispute that.

“But I wasn’t given a chance to show I was reformed. It was my first time in jail. They didn’t give me a chance to prove I’d changed.”

Ahmed says he has not spoken to Mo for 10 years and bears no grudges. But he wonders whether his brother’s celebrity status counted against him.

He adds: “I’m proud of Mo and everything he achieved. Mo has nothing to do with my deportation. But they kind of said that he has ties to Somaliland.

They thought there was a support system for me here, but that’s not true. I think it damaged my case, but I can’t blame Mo.”

Of his crime, he says: “Years ago, if they said this would be the outcome, I would have acted differently that night.

“I had just turned 20. I can’t blame it on anything. I made a mistake. I had to work at the age of 16 so my younger brother could have food and clothes and all of that stuff.

“When Mo was around he was an older brother to me, but I had to learn everything for myself.”

Ahmed’s world crumbled in 2011 when he was jailed for false imprisonment over his involvement in a knife raid the previous year. He was released on licence in 2014 but was not a British citizen and had his documents confiscated.

Ahmed claims: “The authorities took all my papers – my NI number and everything that would have let me work. They weren’t taking me off electronic monitoring and I had to go to weekly appointments. Every time I went it was like ‘Is it going to be today’?”

Then, in August 2016, officials detained him and triggered the deportation process. He was held until October, when he boarded a plane to Somalia, where he and Mo were born.

Ahmed recalls his fear at being despatched to Africa after living in London most of his life.

He goes on: “I was scared. I was being thrown into a place that was completely alien to me. It was a shock to the system. I had no plan whatsoever, not a penny, no family in sight.

“I slept in a hotel for a while. Eventually I found an uncle who took me in. I stayed with him for a while.

“Now I’m flowing about from sofa to sofa, but nowhere I could call home.

“People that mean things to me.”

Ahmed says he wants to make a go of things and has a dream of opening his own restaurant.

He says: “I’ve found a shop that I like the look of. I think there’s an opportunity for me to do something out here.

“I just want to try and level myself and humble myself and really put myself in their shoes and forget about my past and try and crack on.

“Mentally I’m tough. I don’t intend to fail again. I feel like I’ve failed a lot.

“I’m going to use this as a platform to propel myself to greater things. I never wanted to be known as ‘so and so’s brother’. I’m my own person.

“I’m going to use any tools I have to eventually make a business and be part of the community properly.”

Ahmed was three and Mo was eight when they and another brother, Wahib, moved to the UK with their father Muktar in 1991.

Mo’s twin brother Hassan remained in Somalia, where civil war was raging. In England the siblings drifted apart after Ahmed’s younger brother Mahad was born in 1994.

The family suffered racist abuse and Muktar took the three youngest boys to live on another council estate with their mum Nimco.

Mo stayed with his aunt Kinsi in Hanworth, South West London – as his dad felt she was better able to support his sporting ambition.

Mo still visited the younger boys, who idolised him, every week. But as he worked his way towards 5,000 and 10,000 metres glory, they gradually fell out of touch.

Mo is now married and has three children with wife Tania. They have a home in London and he spends much of his time training in the US.

Ahmed said he had given up trying to contact Mo over the years, but has always held out hope they could be reunited one day. Last night Mo’s spokesman did not respond to requests for comment.

The Home Office said: “Mr Farah’s deportation was delayed because he submitted a number of appeals and legal challenges. At any point he could have voluntarily returned to Somalia.

“Foreign nationals who abuse our hospitality by committing crimes in the UK should be in no doubt of our determination to deport them at the earliest opportunity. We have removed more than 50,000 foreign national offenders since 2010.”