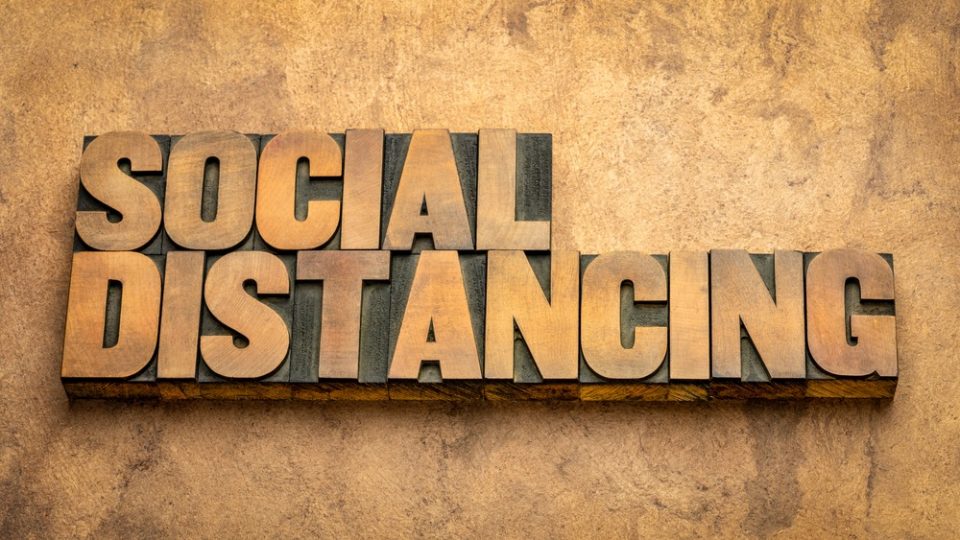 By Jen A. Miller

The level to which people follow guidelines for preventing the spread of the coronavirus — or even flout them — has varied.

“It’s challenging because what we’re being left to do is pretty much police ourselves,” said Elaine Swann, a lifestyle and etiquette expert.

And while some egregious violators are getting tickets or being arrested after going against guidelines and executive orders — Gov. Phil Murphy of New Jersey regularly names and shames “knuckleheads” in his daily press briefings — the police aren’t able to watch everyone, all the time.

“Most people are trying to act in the best way they know how in the context of not knowing too much about a virus that’s killing a lot of people,” said Aziza Ahmed, professor of law at the Northeastern University School of Law and an expert on health law.

Here’s what to do when you see someone acting in a way that you feel puts everyone’s health at risk.

When you’re at risk

If someone is putting you at risk, such as by ignoring six-foot markers while waiting in line to pay at a grocery store, speak up.

“We have to be very forward with making sure that we communicate with the individual,” Ms. Swann said. “Turn to that individual and, very frankly, very honestly, with respect and consideration, say, ‘Will you please take a few steps back? I would like to make sure I’m protecting both you and me.’”

This may offend the other person, she said, but they are putting your health at risk, and you have every right to speak up for yourself. “Don’t worry about how the other person might feel. Say what you need to say, do it with grace and dignity, and allow them to deal with their feelings and emotions about what just transpired,” Ms. Swann said.

You can also make changes if you feel an environment is not safe for you. “I can control my own behaviour more than I can control others’ behavior,” said Bethany Teachman, Ph.D., professor of psychology at the University of Virginia.

For example, she recently went into a grocery store where the employees were not wearing masks. She first spoke to the manager and thanked the store for providing a community service. “At the same time, I wanted them to know I was uncomfortable that the staff wasn’t wearing masks,” she said. She has decided she won’t go back unless she calls ahead and she confirms they are using masks.

When there is no risk

A neighbour working in his yard coughs without covering the cough; your neighbour’s mom comes over and hugs her grandchildren; you see neighbours having a drink closer to five feet apart than six.

None of these situations put you at risk, but they still spike extra anxiety on top of the existing anxiety of living in a pandemic, said M.J. Ryan, executive coach and author of The Power of Patience: How This Old-Fashioned Virtue Can Improve Your Life.

“We’re already on alert, so the amygdala goes ‘threat!’ and it turns on a fight or flight response,” Ryan said, referring to the part of the brain that’s involved in emotional response. “Fight goes from irritation to lack of patience, frustration, all the way to rage.”

One way to override this response is to engage in compassion. Instead of getting angry about a neighbour whose actions have no effect on you, Ryan recommended to mentally wish them well with a phrase like “May they be safe and protected” or “May they be free from harm”. These kinds of loving, kind and compassionate thoughts can stop the urge to “go over there and slap that person,” Ryan said.

She also recommends thanking people when they do practice appropriate social distancing. It “reinforces the behavior in other people and it just gives them a little feel-good hit because their kindness is being acknowledged,” she said.

When you’re not sure

Even if we think we know what is best, we don’t always know the context of what we’re seeing. “We have to have some sensitivity to the fact that we don’t know the entirety of the situation,” Ahmed said.

That gaggle of children riding bikes may be a blended family, that group hanging out together in a backyard might be a multigenerational family that lives in the same home, or the person in the closed park may be homeless and trying to social distance themselves. “That’s very different than if you saw someone going to the grocery store and licking oranges,” she said.

Most municipalities have also asked citizens to call non-emergency police lines if they see something that makes them uncomfortable. Ms. Swann, who was a flight attendant post-9/11, likens it to the “If you see something, say something” campaigns.

“It’s important for the well-being of our community to follow those guidelines,” she said, though common sense should prevail. “There’s a difference between being a nosy Gladys from Bewitched and actually doing your due diligence as a citizen.”

The article is originally published in New York Times

What a Weird World We Live In!