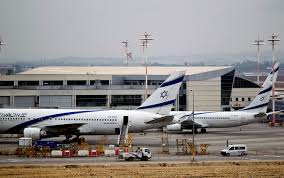 Israel has listed an El Al flight taking off Monday for Abu Dhabi, which would be the country’s first commercial passenger flight to the United Arab Emirates after the two countries agreed to a US-brokered deal to normalize relations.

The website of the Israel Airports Authority listed the flight on Friday.

Among those set to be on the flight are White House senior adviser Jared Kushner and several other senior Trump administration officials, who are scheduled to arrive in Israel over the weekend. 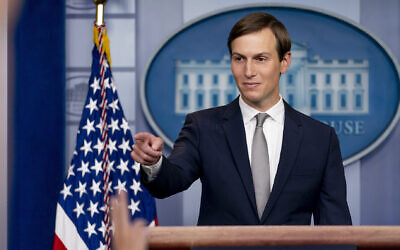 An Israeli delegation led by National Security Adviser Meir Ben-Shabbat will also be on the flight.

It will be El Al’s first commercial flight in months, after it shut down most of its operations due to the coronavirus pandemic. The airliner will bring three furloughed senior pilots back to work for the flight, according to Hebrew-language media reports Thursday.

The Foreign Ministry is conducting talks with Saudi Arabia about the flight potentially passing over Saudi airspace, but the matter isn’t final, a source with knowledge of the talks told The Times of Israel.

Kushner and the US delegation also will travel to several Arab states as the Trump administration pushes other countries to normalize ties with Israel.

US Secretary of State Mike Pompeo this week visited Israel, the UAE and a number of other countries in the region in a bid to expand on the agreement between Jerusalem and Abu Dhabi, but appeared to return home empty-handed.