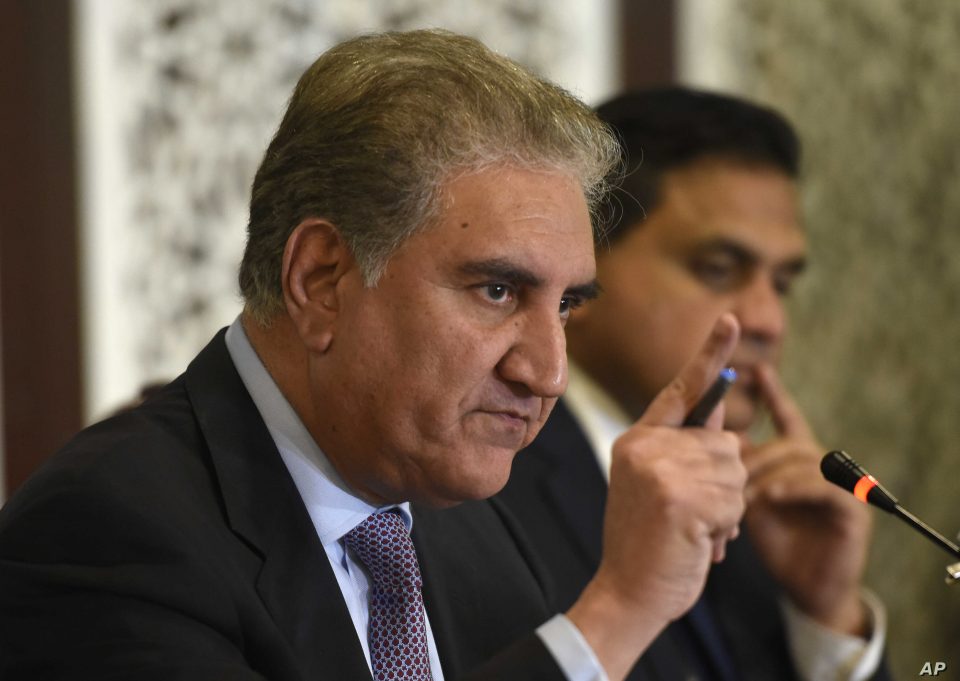 A rift between Pakistan and Saudi Arabia throws into sharp relief deepening fissures in the Muslim world. Coupled with the establishment of diplomatic relations between Israel and the United Arab Emirates, and a myriad of other conflicts in the Middle East, the dispute poses serious challenges to Saudi Arabia’s quest for geopolitical and religious leadership of the Muslim world.

Complaining about lack of support of the Saudi-dominated Organization of Islamic Cooperation (OIC) that groups 57 Muslim-majority nations for Pakistan in its conflict with India over Kashmir, Mr. Qureishi suggested that his country would seek to rally support beyond the realm of the kingdom.

In doing so, Mr. Qureishi was hitting Saudi Arabia where it hurts most and at a particularly sensitive moment in the kingdom’s quest for religious and regional hegemony.

Saudi Arabia, together with the United Arab Emirates (UAE), is seeking to counter Turkish and Iranian quests for dominance.

Mr. Qureishi threw down his gauntlet eight months after Pakistani Prime Minister Imran Khan withdrew under Saudi pressure from participation in an Islamic summit in Kuala Lumpur convened by the kingdom’s rivals, including Qatar, Turkey, and Iran.

Adding insult to injury, the Pakistani-Saudi spat evolved as the kingdom was coming under pressure to follow the UAE in recognizing Israel and forging diplomatic relations with the Jewish state.

President Donald J. Trump’s son-in-law, Jared Kushner, who stage managed the UAE-Israeli move, insisted shortly after the announcement of the diplomatic move that “it is an inevitability that Saudi Arabia and Israel will have fully normalized relations.”

The UAE-Israel agreement may not have taken Israeli Prime Minister Benyamin Netanyahu’s plans to annex parts of the West Bank de jure off the table but could do so de facto.

Mr. Netanyahu has insisted that his plans, suspended as part of Israel’s deal with the UAE, would only be implemented with US endorsement. A UAE threat to rupture diplomatic relations if Israel were to move ahead would likely prevent the US from giving a green light.

Saudi Arabia, however, is certain to want a de jure rather than a de facto end to any prospect of annexation – a demand that is key to Palestinian re-engagement in efforts to end the conflict with Israel.

In a twist of irony, Arab News, the kingdom’s foremost English-language newspaper, this week celebrated Muhammad Asad, a Jewish convert to Islam, as “the pioneer in the establishment of friendly relations between Pakistan and Saudi Arabia.”

Perceptions of that relationship have clearly changed over time.

“Pakistani elites have a bad habit of taking Saudi support for granted given what Saudi has done for Pakistan over the decades. Well the party is over, and Pakistan needs to deliver value to this relationship. It’s no longer a free lunch or a one-way street,” tweeted Ali Shihabi, a former banker and analyst who frequently echoes the kingdom’s view.

Following in the UAE’s footsteps without some resolution of the Israeli-Palestinian conflict that is supported by Palestinians could magnify the challenge to Saudi leadership posed by its regional distractors.

Saudi Arabia fears that any challenge to its leadership could fuel demands that the kingdom sign over custodianship of Mecca and Medina to a pan-Islamic body.

The custodianship and Saudi Arabia’s image as a leader of the Muslim world is what persuaded Crown Prince Mohammed bin Salman (MbS) in the first place to reach out to Israel primarily to use that as well as his embrace of dialogue with Jewish and Christian groups to bolster his tarnished image in Washington and other Western capitals.

Pakistani persistence in its challenge of the kingdom is likely to persuade the UAE to come to Saudi Arabia’s aid by increasing pressure on the South Asian state. Like the kingdom, the UAE was quick to help ease Pakistan’s financial crisis shortly after Mr. Khan’s 2018 electoral victory

The UAE response would be driven less by solidarity with Saudi Arabia and more by its own geopolitical and religious soft power rivalry with Turkey and Iran, two countries that reacted vehemently to the Emirates’ recognition of Israel.

The criticism came as supporters of the move encouraged the UAE public to report critics to the public prosecutor’s office.

“If you see anyone (inside the UAE, citizens or expats) violating Emirati moral regulations such as promoting #antisemitism, disrespecting the UAE decisions or its leadership on social media – REPORT to Attorney General Office via official

App of @UAE_PP,” tweeted Emirati businessman Hassan Sajwani (The tweet has been deleted since).

Prince Mohammed is likely to see Mr. Qureshi’s challenge as an attempt to exploit domestic Saudi sensitivities. For all his efforts to shift legitimization of the ruling family from religious to nationalist endorsement, he still feels that he needs clerical support for his at times controversial actions.

Saad Al-Jabri, a former Saudi intelligence operative who fled to Canada, charged in a recent lawsuit in a Washington court, that MbS had sought a fatwa or Islamic ruling justifying his assassination by a squad that included agents suspected of killing journalist Jamal Khashoggi in 2018 in Istanbul.

Saudi Arabia has denied the allegation, suggesting Mr. Al-Jabri had fled the kingdom to duck allegations of corruption.

Analysts believe that Mr. Al-Jabri was referring to an opinion issued weeks before Mr. Khashoggi’s killing by Saleh Al-Fawzan, one of the kingdom’s most prominent Salafi scholars known for his anti-Shiite views. The fatwa allegedly justified the killing of those who disobeyed the Saudi ruler but made no mention of Mr. Al-Jabri.

Subtle clerical resistance to the government’s handling of the pandemic highlights the sensitivity of Mr. Qureshi’s questioning of Saudi Arabia’s religious leadership.

The government has cracked down on religious figures who failed to toe the line of overall clerical support for its efforts to combat the coronavirus pandemic.

Authorities reportedly arrested in March Sheikh Abdullah al-Saad, an Islamic scholar, after he posted online an audio clip criticizing the government for banning Friday prayers. Mr. Al-Saad argued that worshippers should be able to ask God for mercy.

An imam in Mecca was fired at about the same time after he expressed concern about the spread of the virus in Saudi prisons.

Mr. Al-Saad and the fired imam were believed to reflect a broader sentiment in Saudi Arabia’s religious establishment that has largely been cowed into acquiescence and submission.

Scholars Genevieve Abdo and Nourhan Elnahla reported that the kingdom’s Council of Senior Clerics had initially drafted a fatwa describing the closing of mosques as a violation of Islamic principles. They said that government pressure had persuaded the council not to issue the opinion.

By targeting one of the Saudi Crown Prince’s greatest sensitivities, Mr. Qureshi hoped to persuade him that supporting Pakistan was in the kingdom’s interest.

Mr. Qureshi’s challenge may not do the trick, but it did get MbS’ attention.

Last week, the Saudi Crown Prince sent a plane to Pakistan to pick up Maulana Tahir Ashrafi and his family for a visit to the kingdom, according to well-placed Pakistani sources.

A prominent Pakistani cleric with close ties to the kingdom, Mr. Ashrafi arranged for a fence-mending trip to the kingdom by General Qamar Javed Bajwa, Pakistan’s powerful military commander.

The measure of General Bajwa’s success may be expressed in dollars and cents rather than in an official statement. Financially-strapped Pakistan has so far waited in vain for a response to a request for a delay on payments for Saudi oil imports.

Author’s note: This story was first published by Inside Arabia